"Virtue signalling" is a term used to describe people who publicly express their opinion in a way to make themselves look morally superior and enhance their own image.

We normally associate virtue signalling with "social justice warriors" who – while not personally being affected by a problem – are often the most vocal fighters for that specific issue. If that's not narcissism, I don't know what is.

We're also talking about trying to make people feel bad or inferior so that they change their opinion. If that's not manipulation, I don't know what is.

You'd think the training world would be devoid of virtue signalling. Guess again. I'm not even going to talk about die-hard keto advocates, intermittent fasters, or vegan extremists who will evangelize for their particular nutritional cult and try to make you feel inferior for not being a member.

What I want to talk about instead is the wannabe hardcore lifter who attacks anyone who dares say something that fails to deify deadlifts or their "king" exercise, whatever it might be. Commit such a crime and weightlifting virtue signallers will invariably emerge to tell you, very loudly, how much of a wuss you are and how hardcore they are because (insert fetish lift) is the king of lifts.

Ironically, the virtue signallers of the training world are often the weakest, most pathetic members of our community. I personally welcome any discussion provided that it's based on objective arguments (instead of virtue signalling) and free from personal attacks.

So, Why No King of Lifts?

"King of lifts" means that a movement is not only superior to all other alternatives, but also the best exercise for everyone. It means that it stands so high above every other lift that not doing it will prevent you from achieving good results.

Here's the thing: Such an exercise does not exist.

Depending on your body structure, objectives, and experience, the "best" movement for you might not be the same as for your friend. If you have short limbs and a long torso, deadlifts won't be effective in developing your posterior chain. You will instead rely much more on your quads, and because of the length of your torso, your lower back will be more at risk.

But before I "attack" your pet exercise further, let me both clarify and credentialize myself a bit.

I'm not against any exercise addressed in this series of articles. I use most of them myself or with my clients. I also have best lifts of a 445-pound bench press, a strict 275-pound military press, a 495-pound front squat, a 600-pound back squat, a 315-pound snatch, and a 375-pound clean. While my deadlifts have always sucked (600 pounds), I did a high pull (bringing the bar up to my upper pecs) with 400 pounds.

This isn't to boast, but if you're one of those virtue signalers preparing to call me a wimp for criticizing your beloved big lifts, please make sure that your strength level is significantly superior to mine. 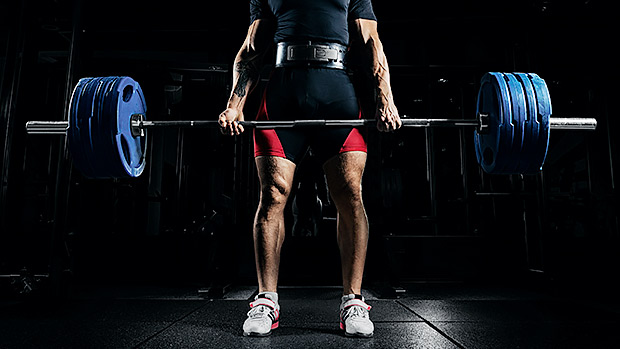 Not the King of Exercises – Deadlifts

I'm not saying that it was doing deadlifts that led to that, but it likely didn't help. Coleman also used poor form and cheated a lot on most of his exercises. He was just the biggest genetic freak to ever body-build, and you definitely shouldn't emulate him.

Oh-oh, here comes another one: "Yates had the best back in bodybuilding history and he did deadlifts!"

Yates did a partial form of deadlifts called upper-back deadlifts (later Dorian deadlifts), which was more similar to Romanian deadlifts than conventional deadlifts. Paul Carter explained how Dorian did "deadlifts" in a previous article.

Lee Haney didn't perform conventional deadlifts either. He performed Romanian deadlifts, which were called stiff-leg deadlifts back then.

And even among certain types of strength athletes, you have plenty who built world-class strength without doing deadlifts. Now, it's obviously true that every powerlifter or strongman competitor deadlifts because the lift is part of their sport. But heck, the Westside Barbell guys, who are as tough and hardcore as they come, rarely do deadlifts from the floor while training for meets.

Their max effort lifts are normally squat variations, good mornings, or pulls from pins of various height. Donnie Thompson, one of the greatest powerlifters of all time, once said that his greatest training mistake was doing deadlifts from the floor too often.

Bill Starr, the original strength coach and author of "The Strongest Shall Survive," didn't recommend deadlifts. His primary lifts were the squat, the bench press, and the power clean, along with pull-ups. In fact, he even wrote articles on how to increase your deadlift without deadlifting!

And if you look at weightlifters, except for some of the Chinese lifters, very few perform deadlifts regularly. Sure, they snatch, clean, and some do explosive pulls, but rarely will you see a weightlifter train conventional deadlifts.

Many believe that it can actually hurt their performance on the clean and snatch because deadlifts use a movement pattern that's somewhat similar to the clean, thus setting up a situation where the body confuses the two movement patterns.

How about throwers? By every measure, they're also strength athletes, but most don't do deadlifts. They squat, they bench, they power clean or power snatch, but the deadlift isn't one of their common lifts. Still, they're among the strongest athletes in the world.

A Square Peg in a Round Hole

Again, none of this is a diss on deadlifts. It's merely to show that plenty of very strong lifters "got there" without deadlifting regularly.

If your body type isn't conducive to deadlifts, you'll get very little from it from a muscular development standpoint. Personally, I have very short legs and arms and a long torso. Every time I do deadlifts from the floor, my quads take over. And if I try to modify the technique to increase posterior chain involvement, the lower back receives all the stress (because of torso length).

I remember when I was training alongside Canada's strongest man (and top three at World Strongest Man), Jean-Francois Caron. He'd tell me to "stop squatting everything!" But, as explained, the structure of my body pretty much ensures that nearly every full-range, lower-body lift becomes a quad dominant movement.

For people built like me, deadlifts essentially become a squat with the bar in my hands. Since I'm already doing squats, and because short-limbed people are mechanically suited for squats, deadlifts simply becomes redundant.

People with short limbs and a long torso have a much higher risk-to-reward ratio when it comes to deadlifts. And, unless you have to compete in a sport where you have to do that lift as part of your competition (powerlifting, strongman, CrossFit), I see no point in training deadlifts from the floor.

For these individuals, Romanian deadlifts (shown below) and Dorian deadlifts are much better choices. They are safer and more effective at stimulating muscle growth.

I personally favor Romanian deadlifts done with a band around the waist. People with short limbs (quad dominant) will have a hard time building their glutes and hamstrings, but the RDL pattern helps increase hamstring recruitment and the added band increases glutes activation.

The King is Dead

Related:
Stop Squatting and Deadlifting so Damn Much

Do these really make you stronger like some companies claim? Here's the real science.
Tips, Training
TC Luoma September 16

Fix this common posture problem. Not only will you look better, but you'll get better results from training.
Bodybuilding, Glutes, Soft-Tissue Techniques, Training
Kasey Esser April 6