Sometimes even experts miss the mark. They did on these exercises at least. Here’s why crunches, Smith-machine squats, leg extensions, and behind-the-neck pulldowns aren’t inherently bad exercises. We’ll also look at how to use them to improve your strength, physique, health, and performance.

There’s this growing idea that crunches are a dangerous exercise for your back. Many say they shouldn’t be used, and they’ll even allude to research from spine expert, Dr. Stuart McGill. However, the following are two training recommendations taken from a 2017 paper on the crunch, coauthored by Dr. McGill:

“If flexibility is more important to the client, the personal trainer may want to select full-range curl-ups and crunches, and reduce heavy loading.”

“If maximal muscular development is the primary goal, including the crunch and/or its numerous variations, together with other exercises, may help to enhance desired results.”

So, sure, crunches may be problematic if you overuse them or apply them in a way that exceeds your physical capacity, but you could say that about any exercise. That’s not an issue with crunches – it’s an issue of poor application.

That said, I prefer stability-ball crunches over the standard floor crunches because they allow you to train the spinal flexion motion through a larger range of motion.

But the arguments against the crunch don’t end there. Many coaches will make a second set of arguments. According to them, crunches will make your posture worse, and they’re not a functional movement for sports.

The funny thing is, trainers and coaches don’t call isometric biceps curls “elbow stability training,” nor do they call isometric squats “knee stability training.” That logical inconsistency aside, there are limitations of isometric training for performance because the strength gains it produces are extremely joint-specific and they transfer to those specific positions better. (1,2,3,4,5,6,7,8)

Sure, anti-spinal movement exercises are great for helping to improve the function of the trunk musculature; it’s the ability to remain stiff in order to transfer force between the hips and the shoulders. However, the torso doesn’t just transfer force and reduce force by limiting movement. It also helps produce force by creating motion. (9)

First, perform an overhead soccer medicine ball throw. Use a medicine ball that’s about 4-6 pounds. Then do it in the standard athletic fashion, where you extend at your spine and hips a bit (don’t go to end range) in order to allow your (anterior) torso musculature to eccentrically load. Got that?

Then compare that to an anti-extension soccer-style throw where you don’t allow your spine to move at all. You already know which of the two throws will be more powerful, not to mention which throw will feel more natural and athletic.

So based on what the principle of specificity dictates (and barring any injury), it makes the most sense to train both anti-spinal movements and active spinal in order to maximize your strength and performance. 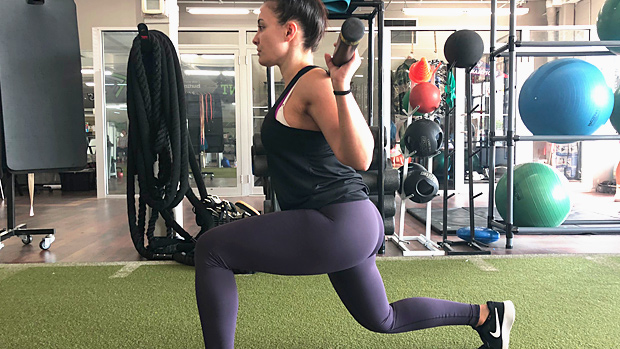 This is relevant because a Smith machine squat involves the same basic torso/knee/foot position as a split-squat or lunge with an upright torso. It’s simply a bilateral version of the basic movement. 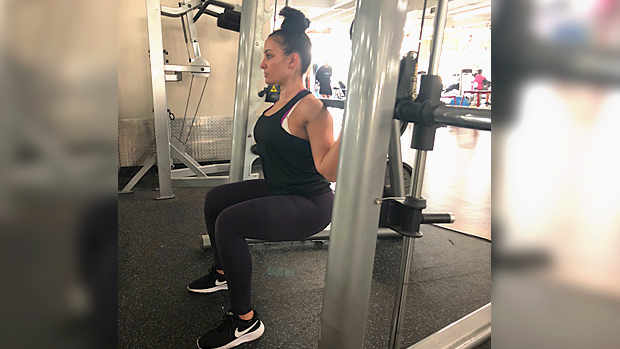 Many trainers and coaches don’t like Smith machine squats. They say they’re not a great way to improve your squat performance since the two movements involve different mechanics. This is what we’d call a “straw man” argument.

Their reasoning doesn’t make Smith-machine squats a bad exercise; it simply means they may not be great for the purpose of improving your squat without the support offered by the Smith machine. But if you’re trying to build and strengthen your quads, then the Smith machine squat is a great option.

Speaking of training the quads, recently I had the honor of co-authoring a peer-reviewed and highly-referenced paper for an NSCA journal with biomedical engineering PhD student, Andrew Vigotsky. It’s titled, “Are The Seated Leg Extension, Leg Curl, And Adduction Machine Exercises Non-Functional Or Risky?”

Many trainers and coaches argue that the knee extension places tensile forces on the anterior cruciate ligament (ACL) and patellofemoral joint (PFJ). They say these exercises can be considered dangerous and instead recommend exercises like squats. (12)

In our paper, we demonstrated how this perspective is not only shallow, but is also logically inconsistent. Here are some key points on leg extensions from our article: 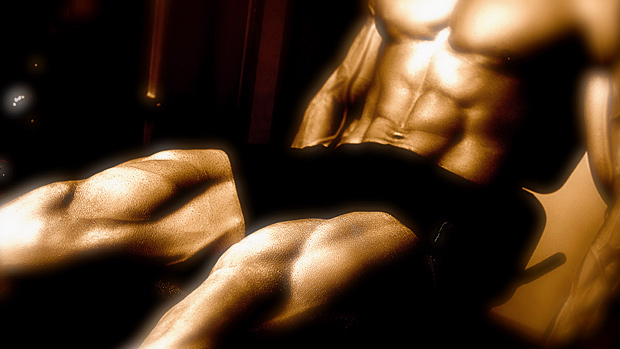 With that in mind, many trainers and coaches STILL think all you need are compound movements for a complete training program, and that seated or lying exercises designed to create a resistance challenge mostly on a single-joint action, such as many machine-based exercises, don’t have a positive (functional) transfer into improving sports performance or reducing injury risk.

Not to mention, the additional benefits of using single-joint exercises along with compound exercises has been highlighted in research on soccer players from two of the best premier-league division teams in Sweden.

Results showed that the occurrence of hamstring strain injuries were clearly lower in the group (3 out of 15) that did additional specific hamstring training using the lying leg curl machine than in the control group (10 out of 15) that did not get the additional hamstring training. (15) Additionally, compared to the group that wasn’t prescribed lying leg curls, the group that received the addition of lying curl increased sprint speed. (15)

4 – Behind the Neck Pulldowns

To better understand why behind-the-neck lat pulldowns are considered dangerous, we must first look at the research on shoulder range of motion (ROM) and behind-the-neck overhead presses, which are also commonly thought to be unsafe. (16)

Did you catch that? The motion required to do behind-the-neck presses is likely only injurious for those who lack the shoulder ROM to perform them.

Additionally, although many are concerned with the shoulder impingement involved in the behind-the-neck press, when the shoulder is loaded in this position (abduction and external rotation), subacromial space increases (compared to no load), and thus, unloaded studies cannot be extrapolated. (18) 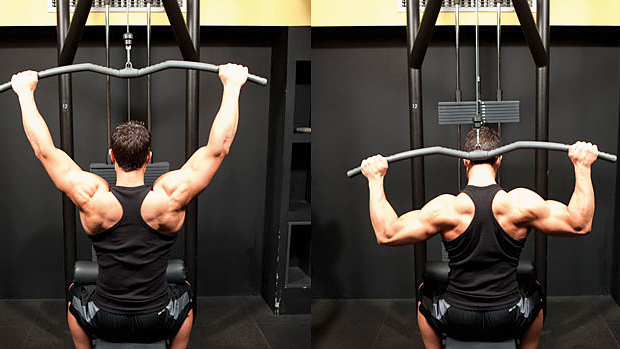 Not to mention, in general, subacromial impingement and irritation is likely of little concern (19), since every time you raise your arm overhead there’s some level of contact of the rotator cuff on the acromion. So there’s always some level of impingement with arm elevation. (20) But you don’t want excessive contact that causes irritation and inflammation, which can lead to shoulder impingement syndrome.

So, if you’ve got the shoulder mobility for it and choose to use behind-the-neck presses, go ahead and integrate it with other overhead pressing variations.

And why would you want to do them? Maybe because you feel them more in a part of your shoulders that you’re trying to develop, or maybe you feel that the motion helps you train for a specific task, like holding the weight up for an overhead squat.

Now, any movement can be overused. So, I wouldn’t say to ALWAYS use behind-the-neck presses because an argument can be made that doing overhead presses in the plane of the scapula – lifting the arms at roughly a 30-degree angle to the torso instead of straight out to the sides – is one strategy that can create the same general demands on the shoulder musculature, but potentially lessen the unwanted stress on the rotator cuff tendon. (21) On the flipside, if you don’t use it, you lose it.

So, incorporating some behind the neck pressing, if you posses the ample shoulder ROM to do so, can help you better maintain that ability and strength to control that ROM if you ever need to perform such an action in life.

The same can be said for incorporating some behind-the-neck pulldowns. If you’ve got the prerequisite shoulder ROM, it’s fine to add them into your workouts because maybe you like how they feel on your back and shoulders.

Or if you feel the motion helps you train for a task such as holding the barbell tighter during heavy back squats, go ahead and integrate it with other pulldown variations.

But many trainers and coaches get worried that when the shoulder joint is placed in a position of “horizontal abduction” combined with “external rotation” – the position involved in behind-the-neck presses and pulldowns – more stress is placed on the rotator cuff in order to stabilize the joint.

That’s a reasonable concern, but it’s one of application, not the exercise itself. This is because all resistance exercises place stress across joints and tissues. And the only way to improve strength and functional capacity is to give the body a stress (resistance) in order to create an adaption that increase its tolerance to stress.

So, it makes sense to incorporate some behind-the-neck pulldowns to simply help you maintain that ability and the strength to control that action just in case you need it. You never know what life will throw your way. Just don’t let your ego get the best of you by progressing too fast or trying to go heavier than what you can control.

Speaking of control and technique, if you’ve got to use excessive cervical spine flexion to perform behind-the-neck presses or pulls, it usually means that you don’t posses the prerequisite shoulder ROM needed to safely do these exercises.

Don’t Get It Twisted!

Clearing up misconceptions pertaining to the safety of exercise on an individual basis is markedly different than blindly endorsing an exercise for every human on earth. That’s not what this is about.

The point here is to demonstrate that the exercises highlighted above are like every other training exercise. Their usage should based on how they do or don’t fit your individual needs, abilities, and preferences. Just don’t count anything out (or rigidly implement anything for that matter) based on myopic training dogma.