A long, long time ago in a galaxy far, far away, bodybuilders and physique enthusiasts were in proportion with no undeveloped muscles. These men were relegated to county fairs, circuses, and small, windowless gyms.

All that changed in the early ’70s when the public’s collective eye started focusing on bodybuilding and gyms began popping up. People went in droves to workout and increase their muscular size, in particular their arms, chest, and shoulders.

With increased crowds, new ideas, machines, exercises, and drugs became popular ways to develop these areas. What most natural lifters were left with was an out-of-portion body that looked like a rejected cartoon.

What We Forgot About 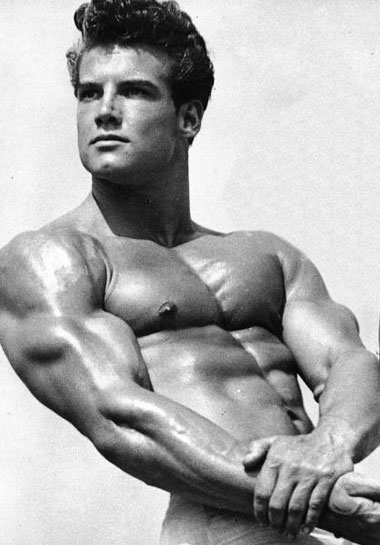 This isn’t one of those articles that’ll tell you not to use machines. That’s not the point here. Try telling any NPC or national level amateur bodybuilder that machines and isolation movements don’t build muscle and you’ll be laughed out of the gym.

Rather, this is about “natural male enhancement training,” or in other words, building up the body parts that are often ignored by natural lifters, yet when developed, can greatly increase a physique.

That’s what we’re focusing on. We’re going to bring up these weak areas. I’m sure you’ve seen something from some of these pre-contest gurus where they talk about giving a muscle a certain look. Well, there you go, but their terms don’t usually cross over to the natural lifter.

Let’s break it down.

They aren’t big muscles, and the chances of them causing the opposite sex to take notice aren’t great, but it’s the same difference between the girl you look at in the bar and the girl you take home to mom. Which one do you think is better for you long term? (Yes, I’m talking training.)

Is it an accident that those areas are also the ones that come at the end of your session when you’re tired and you just want to have your Mag-10® and head home?

Enough talk. Let’s get to the strategy.

Traps to Your Ears 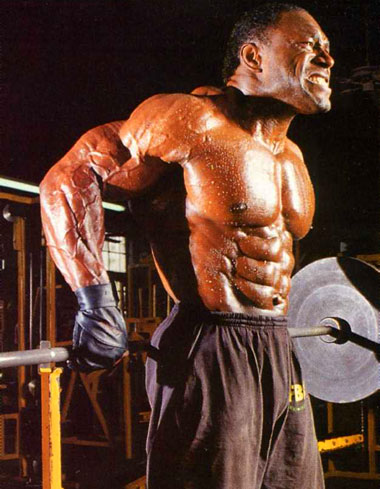 I’ll start with traps since it’s usually a 50/50 split in terms of people that do or don’t do them. In reality, though, most people usually do a few sets of dumbbell shrugs or a few sets of the Hammer shrug and call it a day.

Talking out of just pure experience here, the traps seem to grow better from more sets and lower reps. You can debate the topic all you want, but the next time you see the 160-pound high schooler who’s shrugging 100’s with decent form, you’ll understand what I mean.

Also, factor in that the majority of people who do back work perform some form of heavy rowing, which develops their traps, and you’ll see another reason why the traps need more sets.

No one factors in where the weight is placed with shrugs, though. Maybe it’s because the majority of people just do barbell shrugs, which we all know must be in front of us, or maybe it’s because the trap machines don’t allow for different grips. Either way, you’re just placing the stress in the same area time and time again. It seems like we all forgot about the bodybuilding brilliance known as Lee Haney. Lee often discussed how he got such amazing back development, and he often credited behind-the-back barbell shrugs.

From an anatomy perspective, it makes sense since you’ll be able to recruit your very underdeveloped mid and low traps slightly more than when your arms are in front of you.

Remember, the body is a synergistic animal, so those unknown trap muscles that pull the shoulder blades down need to get some love in order for the upper traps to grow. Though, you need to know that if you have some “junk in the trunk,” you’ll need to use the Smith machine.

To jumpstart your trap developments in the next four weeks, do this:

Look at That Rear 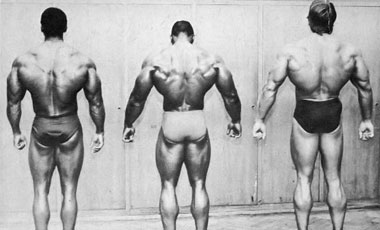 Rear delts are the most enjoyable area of all the four areas to develop since it’s the only one that’ll contribute to the X or V-frame, whichever term is in.

First, you have the pundits who tell you not to train them directly since they gets a ton of work in rows and pulldowns. That’s true, but from a shoulder health standpoint, the rear delts are the only things that save most physique enthusiasts from developing serious rotator cuff issues. Yeah, I know that we’re supposed to do our scapula, foam rolling, and rotator cuff work, but that’s like telling someone not to smoke or drink and drive – only a few people will listen.

The second issue is that people will tell you some general assertion about only training them with three sets of twelve reps at the end of our workout. Well, no wonder that most people show zero development in that area. I usually disagree with the “out there” bodybuilding talk, but the rear delts are a muscle that you must feel.

It’s at this point that you should have a training partner place their hands on your rear delts so you can “feel” them working. If not, then you need to get your law of attraction on and visualize the muscle working. It’s way too easy to allow the bigger back muscles to take over.

I mean, just look at classic old-school bodybuilding logic that says to work the area that you want to develop first. It’s why everyone does chest first thing on Monday. If nothing else, just throw your rear delt work at the beginning of your workout.

If that still doesn’t work, then try this when you train shoulders:

Combine that with the fact that very few people deadlift or do any type of chin-ups and you’ve got the reason why most guys have forearms smaller than women with thyroid problems.

So, nobody works them and the people that do work them do it with twenty-plus rep wrist curls.

Truth be told, there are only two ways that you can increase your forearm size apart from doing heavy deadlifts. 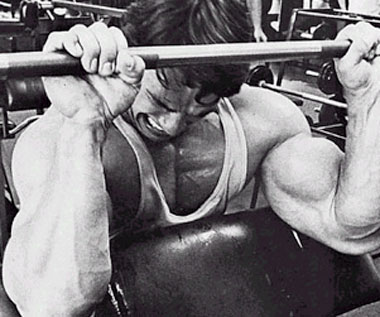 Most lifters completely ignore reverse curls because they aren’t openly discussed in bodybuilding magazines, and you never see a famous bodybuilder doing them in pictures. Therefore, they don’t exist.

Fact is, due to the pronated grip, we maximize the tension on the brachialis, which runs from the humerus to the ulna. As a sidebar, it runs right underneath the biceps, so you should see some pretty interesting biceps growth.

Sadly, no commercial gyms offer any type of bars with thick grips. When you increase the diameter of the bar, you have no choice but to increase your grip strength and forearm size (side note: increased grip strength equals increased rotator cuff strength).

Forearm training is simple, really. If you do it, then you’ll grow. Most people just don’t take the time and effort. Try this at the end of your arm workout and grow:

* Literally load up a barbell in a power rack and hold it like you would the top of a shrug.

It might just be me, and I might be weird, but ever since I was a kid I always thought big calves were cool. Maybe having developed calves separates those who train from those who workout. Either way, developed calves completely change a physique.

Not only is calf development critical for leg strength in general simply because you aren’t going to be able to squat 405 without having some type of decent calf development, but how good do you think you’re going to look in the summer when you have shorts on? Yes, I know that most chicks aren’t going to look at your calves and decide if they like you or not, but being brutally honest, most guys lift for everyone to notice how big they are. People take notice of muscle everywhere.

Now that that’s out of the way, let’s look at some critical pieces that need to be in the puzzle.

Do this calf workout twice a week for four weeks:

Your traps, rear delts, forearms, and calves won’t make you an Adonis, but they will contribute to the overall package. Go ahead and train your pecs, arms, and abs. I’m sure you’ll look fine until someone asks you to bring your shoulders to your ears, flex your back, open a jar, or wear shorts.