As a writer and a coach, I thrive on change. If I see something that looks like it might work, I'll try it. If I'm doing something that doesn't work, I'll stop using it. Sometimes I'll return to exercises that I stopped doing, having reconsidered the reasons I abandoned them, or found new uses that I hadn't thought of before.

And sometimes, if an exercise or training technique doesn't make sense to me, no matter how popular it is, I won't even start using it. Some of these are things I've done in my own workouts. But just because they made sense for me at the time I used them doesn't mean they make sense for my athletes.

Since that last category is the most controversial, let's start there.

I'm an ex-powerlifter, but I've never had my athletes max out with conventional deadlifts. It's not just to annoy Eric Cressey, although I confess I take some pleasure in that.

I believe the old adage that says you can't deadlift heavy and well. It's true in my experience. If you don't believe it, go to a powerlifting meet, and pay attention to the lifters when the barbell hits the floor.

What you see 90 percent of the time is leg extension, accompanied by lumbar flexion. This is then followed by an old-school version of the straight-leg deadlift. It makes you cringe to watch. I just can't see my athletes doing it.

On the other hand, I like the trap-bar deadlift, which is sort of a partial squat with added upper-body development.

Olympic lifts from the floor

When we began our strength program at Boston University almost 30 years ago, I'd already come to the conclusion that it was easier to learn Olympic lifts when you start from a hang position above the knees, instead of starting from the floor. I'd also concluded that it was far safer.

That's why we've always used Olympic lifts in our training. But, much to the chagrin of my Oly-lifting friends, we never start them from the floor.

I have kettlebells, and I like them for certain exercises, when they're more user-friendly than dumbbells. For example, I love kettlebell swings. I think they're a great power exercise for beginners and older athletic clients, who don't like or need the wrist stress of the Olympic lifts.

I just don't like them for cleans and snatches.

Why not? Because they hurt my athletes.

Save your macho comments about "working through pain." Don't tell me my athletes should keep trying until they learn to control the weights so they don't bang up their forearms.

Instead, look at it from my point of view:

A 14-year-old athlete I'm training goes home night after night with bruised and battered forearms. His mom and dad – who, I should note, are paying good money to have me train their young athlete – ask why his arms look like melted crayons. He tells them about how Mr. Boyle has him and his fellow athletes fling around these cannonball thingies, which on a couple of exercises slam into their forearms. Over and over and over again.

Then he tells them, "Mr. Boyle says we should get the hang of it after a few more workouts."

Do you think Mom and Dad will wait to see if, indeed, Junior gets used to it? Or do you think they'll get on the phone to Mr. Boyle right that second to inquire about his innovative training techniques?

Same with my professional athletes. Do I try to explain to a guy who makes $9 million a year that he'll eventually enjoy the exercise, after he quits beating the shit out of his forearms? Or do I find another exercise that offers the exact same benefits without the contusions, and keep that athlete in my facility?

Box squats were first popularized in the 1960s by an Olympic hammer thrower and powerlifter named George Frenn. I read about them in an article on squat training in Powerlifting USA, back when they were called rocking box squats because you generated power by rocking back slightly to drive off a box or bench.

They were rediscovered, reinvented, or repopularized (you pick the word) by Louie Simmons at Westside Barbell, which is why most of you have heard of them.

My experiments with box squats go back to the late 1970s and early '80s, and 30 years later I still have the back pain to show for it. That's why I've never used them with my athletes.

That said, I use a technique inspired by box squats to help my athletes get the proper range of motion on their front squats, which I described in 6 Things I Really Dislike. It's not a true box squat, since the athletes aren't coming to a full stop on the box, resting their weight on it and then pushing back off. It's just a touch to ensure they've gone as deep as they need to go. (To my surprise, I've found that a 12-inch box works for almost every athlete I train.)

But it's not to be confused with powerlifting box squats. Like I said, my memories of those are painful enough. I don't need to inflict them on my athletes.

This list – things my staff and I used to do, but stopped – is too long for a single article. So I'll just list the two big ones.

As a former powerlifter, it was tough for me to give up on traditional back squats. But as a strength and conditioning coach, it was one of the best things I've ever done.

Back pain nearly disappeared among our athletes when we switched to front squats. Along with back pain went hours of me screaming "head up, chest up!" as some of my athletes struggled with technique.

I don't even have to click through to the discussion thread to know that someone's going to tell me the back squat wouldn't be a problem for my athletes if I coached it properly. I don't disagree. But, again, I ask you to see it from my point of view. If I'm coaching 20 or 30 athletes at a time, I can't be focused on the technical nuances of the lift.

The front squat is much harder to do wrong than the back squat, which is why I use it instead of the more popular version of the exercise.

When I first saw pictures of athletes flipping tires 11 years ago, I was fascinated. I found some extremely large tires and began to use them with my NFL hopefuls. Within two weeks, more than half were complaining of back pain. I quickly realized that my athletes didn't have the hip mobility to flip tires.

It took me somewhat longer to realize that very few people have the hip mobility to flip tires.

Or, put another way, when it comes to exercise selection, never say never.

My initial exposure to the use of bands and chains came more than 10 years ago. I'd read about Louie Simmons using them at Westside and, since I love to try new ideas, I went through the arduous process of putting together my own equipment. This wasn't easy in 1998. I had to find a marine supply company that could supply the heavy chains. Then I needed to get lighter chains to attach the heavy chains to the bars.

My hope was that this "dynamic work" would add pounds to my athletes' bench presses. Alas, we never really saw significant changes, which is why I abandoned the idea soon after. Those old homemade chains are still in the weight room at BU.

Of course, as a coach, I need to do more than increase athletes' strength. Sport is much more about power, particularly acceleration.

Fast forward to 2007. I realized that with chains I could introduce a velocity component to free-weight exercises, and do it with maximum safety. The bar could be accelerated at the bottom, and the increasing load of the chain coming off the ground would produce a natural brake.

Thus, in the context of a different goal – power production vs. one-rep-max strength – chains proved to be an excellent tool. They allowed us to employ a higher speed component in conventional strength exercises. And, thanks to the increased popularity of Westside training methods, they were a lot easier to buy and use.

I wrote about ab-wheel rollouts recently, in Anterior Core Training. The title helps explain my reason for once again letting the good times roll. Everyone needs a strong core, and exercises like rollouts, which strengthen your anterior core by resisting extension, are the gold standard.

The problem with the rollout was never that it was a bad exercise. It just wasn't the right place to start. My athletes who struggled with the wheel simply weren't strong enough for it, which is why I took it out of our programs.

As I wrote in that article, it's best to start with stability balls. The weaker the athlete, the bigger the ball he should start with. Think of the stability ball as an oversized ab wheel; your goal is to work your way down until you can use the regular-size wheel safely and productively.

Our rollout progression goes from stability balls to ab wheels to barbell rollouts (which don't change the difficulty of the eccentric action, but add a whole new dimension to the concentric). Since that's now the basis of our core program, it's a good thing that I changed my mind and reintroduced the ab wheel to our workouts.

As a coach, you can't allow yourself to fall in love with any particular exercises, techniques, or philosophies. Your job is to get results, and to choose the methods that give you those results. That means experimenting with everything that makes sense to you, rejecting the things that don't make sense or stop making sense, and keeping the ones that work.

Sometimes you reject popular exercises. Sometimes you stop using exercises that you once liked. And every now and then, you pull something out of the second category and reincorporate it into your programs.

If it works, that's all that matters.

Experienced lifters learned these things by making mistakes. Read this so you won't have to make the same ones.
Bodybuilding, Powerlifting & Strength, Tips, Training
Jason Brown August 4 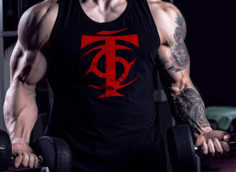 Some people really do have a genetic disadvantage when it comes to muscle growth. Here's why and exactly what to do to fight it.
Bodybuilding, Training
Christian Thibaudeau September 17