Weakness: Target It and Cure It

I'm not patient. When there's a weakness, I want to solve it as soon as possible and move on. Don't tell me about spending months to solve an issue. I'll target a problem and throw the kitchen sink at it to cure it!

Of course, I will reduce the training volume for other areas while I correct the weakness. I spend each 3-6 week training block focusing on solving a specific issue.

The end results are much more pronounced at the end of the year than if I had spent the whole year doing "general training."

How can we identify what weakness to focus on?

In bodybuilding it's somewhat easy since you can see which muscles are underdeveloped. But for performance guys, the best way to find out what lift(s) are weaker or lagging is through strength ratios.

You do this by comparing ideal strength levels or ratios between lifts, which is something popularized by Charles Poliquin. The ratios presented here were adapted from Poliquin's Structural Balance material and Russian Olympic weightlifting literature, as well as analysis of the powerlifting raw world records.

These ratios aren't perfect. Different body types might have leverages that are advantageous for some lifts and disadvantageous to other lifts.

Likewise, having more experience with one movement might make it artificially elevated. Still, ratios remain a very solid measuring stick to identify weaknesses.

Here are several ratio scales that will tell you what you need to be working on. They're great because they take guesswork, opinion, and whim out of the picture and replace them with cold, hard, sometimes-disappointing facts. 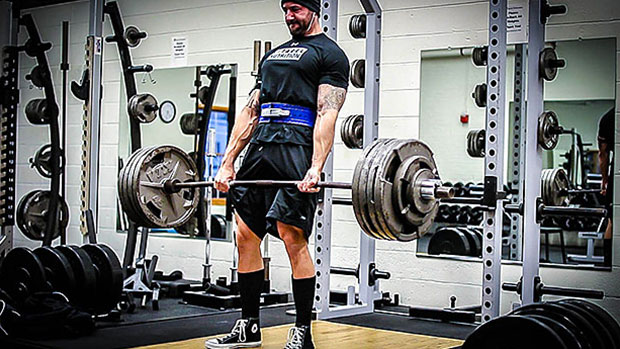 Ratios For People Who Want to be Strong

First, you need to test yourself in the main lifts. I don't use 1RM values because 1RM strength fluctuates a lot from day to day. Instead, I prefer to test for a 5 or 3RM, both in the reference lift (back squat or bench press) and the comparison lifts (front squats, powerlifting deadlift, military press, curl, etc.).

Also, the conditions under which the lifts are done should be consistent. Use a similar rhythm for all your lifts and always start the deadlift from a dead start (no bouncing).

A clean deadlift is a deadlift mimicking the first pull of a clean. The hips are as low as possible while still allowing the shoulders to be above (not behind) the bar. When you pull, you strive to maintain the same torso angle until the bar passes the knees. Clean deadlifts use more quads, especially from the floor to the knees.

The powerlifting deadlift uses a slightly higher hip position from the floor and uses more lower back/hip hinge to lift the barbell.

The snatch deadlift abides by the same rules as the clean deadlift, but uses a wider grip, which will actually give you an even lower hip position at the start.

Let's say an athlete has the following lifts:

This tells me that the quads are likely the issue and front squats present the biggest problem here. So this athlete should focus on bringing his front squats closer to the 85% ideal.

Of course, he will need to address the cause of the imbalance. Is it a lack of quad strength or a mobility issue? If it's the latter, he'll not only have to focus on building up the front squat itself, but also on improving the key positions in the front squat, which means doing mobility work as well as paused front squats with an upright torso in the bottom position.

The fact that the powerlifting deadlift is high tells me that this lifter is likely strong in the hips/lower back compared to the quads. Increasing his deadlift would likely not affect his other lifts, but bringing the front squat up to the ideal 85% ratio will certainly raise the other lifts, even without too much direct focus.

The clean deadlift is a bit low, but we can conclude that it's simply due to the weaker quads, which make the start of the movement harder. Bringing up the front squat will likely bring the clean deadlift back to proper balance. 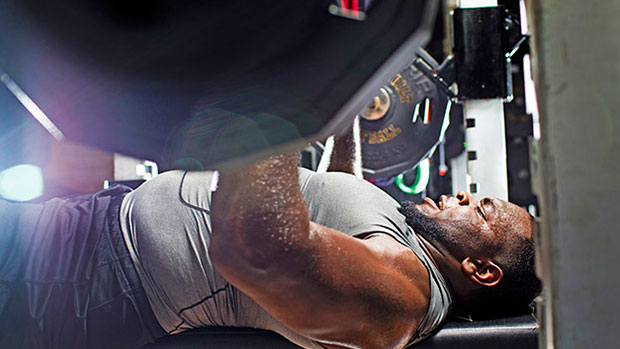 These are the big lifts that are the main lifts in most "basic strength" training programs like 5/3/1, Starting Strength, and my own programs - lifts that everybody should do and focus on.

They are also applicable to raw powerlifters (gear affects lifts differently and screws up the ratios). Once again, I prefer to use a 3 or 5RM to establish these ratios. Most of the time I use 3 reps, but 5 is fine with lifters with less experience.

* Note: I calculated the deadlift/squat ratio of the raw powerlifting record at around 115%. Lighter weight classes are closer to 116-117% and heavier ones are in the 103-108% range.

We must understand that at that level, grip strength can become the limiting factor. Also, the deadlift is done last in competition after going all-out on squats and bench. It's not surprising that it's a bit below my ideal ratio of 120%.

An all-around athlete can build a profile with the lifts that covers the whole body and/or are important to him. I don't personally include the preacher curl and reverse curl in there (for example), but some might want to use them.

Regardless, the more comparisons you use, the better grasp you have of your strengths and weaknesses.

I like to use the squat as a reference for the "complete" list of exercises since everybody should squat:

These obviously do not account for differences in leverages that might make you genetically suited for specific lifts. They are, however, a very accurate measuring stick to give you an objective idea of what you should focus on. 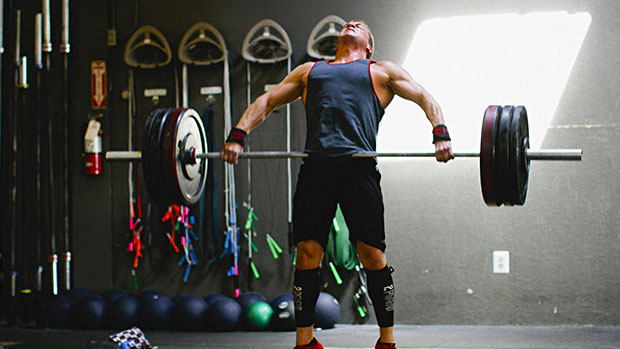 CrossFit competitors, Olympic lifters, and football players should also use the strength ratios for the upper and lower body strength lifts, but the O-lifts are especially telling in determining weaknesses.

For these lifts I prefer to test with a technically solid 2RM, as testing with 5 reps is a bit high for the Olympic lift variations.

Here the ratios can tell us if the athlete lacks strength, power, or technique. For example, if a lifter's power clean and power snatches have a very high ratio (are above 85% and 67.5%) versus the clean and snatch, it tells me that the individual is either super powerful or has technical or mobility issues in getting under the bar into a full squat to receive the barbell.

This is something you often see in CrossFit athletes - they practice the power snatch and power clean too much and never develop the timing to get under the bar.

If an athlete has a very large back squat but his clean & jerk and snatch are low compared to his squat, it's obvious that the issue is technique related. Instead of trying to get stronger, he should invest more time in practicing the Olympic lifts themselves.

Much less common is someone who power cleans more than he can front squat, but I've seen it among CrossFit athletes who are much stronger pullers than squatters. Obviously, that type of person will not be able to clean (full squat reception) more weight until he gets his leg strength up.

Even if he were to practice the full clean to death, his numbers would not go up simply because he doesn't have the leg strength to stand up with the barbell. So more energy should be spent on bringing the front squat up rather than spending hours drilling technique.

Technique is important, but you should always focus on what's holding you back. 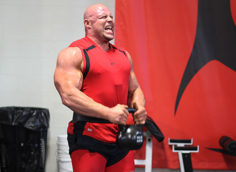 Toss this conditioning finisher in at the end of your next upper-body workout to burn some extra fat. Do 4 sets of 12 reps.
Exercise Coaching, Fat Loss Training, Metabolic Conditioning, Tips
Eric Bach February 8

If you can almost see your abs, but not quite, this plan is for you. Warning: It’s tough!
Abs, Bodybuilding, Training
Alwyn Cosgrove May 12