This week we'll continue in our quest for new exercises with a very special pectoral movement that I consider to be the ultimate in pectoral isolation.

You'll also learn how to incorporate the Javelin Thrower Press and Single Iron Cross into a shoulder routine for maximum strength and size.

Finally, if you're a fan of low carb dieting, you won't want to miss the last portion of this week's column, which will provide you with a cool trick to maximize the effects of this type of dieting.

Okay, technically it's impossible to fully isolate a muscle group. Try as we might, there will always be another muscle (or a few of them) contributing to the action. So maybe the right term would have been "the ultimate in pectoral targeting," but it's my column and I can say whatever I want, so deal with it!

I do not dispute that the bulk of pectoral mass in this world has been built by performing the big basic pressing movements: bench press, incline press, decline press, and their DB variations. So obviously these exercises should be the cornerstone of any effective chest-expanding workout. However, some have problems fully targeting their pecs in big pressing movement, so the pecs take a back seat to the delts and/or triceps and can become a lagging part.

For these individuals, isolation (sorry ''Targeted work'') becomes necessary to develop the pecs to the max. When people think about isolation, they automatically see a DB fly, which is an inferior movement because only the first half of the concentric portion is really performed directly against the resistance.

The cable variations are better since they allow you to overload the muscle during the whole range of motion, but there comes a point were we need more variation.

The pec deck is cool, but it's always occupied (most gyms only have one and it's crowded most of the time), so we need another alternative.

I give you the squeeze fly!

Perform the eccentric (lowering) phase as a fly, lowering the weight in 4-5 seconds. Then perform the concentric (lifting) portion as a squeeze press: press the dumbbells against each other as hard as you can and press them up in 5 seconds.

Keep the tension inwards during the whole lifting phase. The real key to the success of this exercise is to push in as hard as humanly possible during every inch of every lifting phase.

This exercise will develop the capacity to fully activate the pecs because of the isometric/inward pressing action (you can recruit up to 10% more muscle fibers during an isometric action), followed by good stimulation from a slow eccentric.

Shoulder width has always been a problem of mine; I was born with naturally narrow clavicles and a thick torso, which made me look more like a barrel than the desired X frame. For that reason I had to work extra hard on building up my deltoid muscles to their fullest to at least give me some width.

I've done a lot of pressing overhead, especially push pressing (I believe that the push press is the best delts exercise, bar none) in my time, and I still do. But I like to add a few exercises to my shoulder routine.

Here's an old school shoulder blaster that is both fun to perform and very effective.

Note that you perform the exercises in this way:

If that doesn't pack on the muscle, there's something wrong with you!

Drug-using bodybuilders who diet down using an ''anabolic diet type'' diet (5-6 days low carbs / 1-2 days carb-up) have been using a dirty and dangerous trick to quickly bonk themselves into ketosis. Ketosis is a state where your body produces ketones, an indication your body has switched to a fat-adapted metabolism (using primarily fat for fuel).

The faster you can get in ketosis, the more effective the low-carb diet becomes. A low-carb diet is also much easier physiologically and psychologically when you're in ketosis. Why? Because the brain can only use carbs and ketones for fuel. When you go low carbs but aren't yet in ketosis, your brain will crave carbs for energy and you get sugar cravings. When ketones are being produced, the brain will use them instead and you won't crave carbs as much.

After a normal carb-up, it takes 2-3 days of low-carbs dieting/training to get back in ketosis. This only leaves 2-3 days per week of maximal and comfortable fat loss. (Note that you'll still lose fat during the first 2-3 days in which ketosis isn't yet established.)

Some bodybuilders have been using insulin to get into ketosis faster. Insulin drives blood glucose into the muscles and reduces the mobilization of glycogen for fuel. As a result, your blood sugar goes down and the body switches to a ketogenic state much faster.

So instead of taking 2-3 days to get into ketosis, it takes them a 1/2 day. They use the insulin (low doses, around 3IU, of Humalog, the fastest acting insulin) every 2 hours in the evening while consuming only protein and some fats. This obviously leads to very low blood sugar (which is why it's very dangerous) and by next morning they're already in ketosis.

As I mentioned, don't try this on your own. Using insulin is already dangerous as it is, but it's even more so when you're not ingesting carbs! It could lead to hypoglycemia, diabetic coma, or even death!

A safer (and legal) way to accomplish the same thing is to use Leucine for the same purpose as insulin. You can use plain Leucine powder or a workout blend that contains mostly Leucine, like Biotest Surge® Workout Fuel. Leucine is a ketogenic amino acid. It leads to a large (but within your own natural limits) insulin spike. If you don't consume any carbs 1 hour prior and up to 2 hours after ingesting leucine, your blood glucose will lower significantly, helping you reach ketosis faster.

You can do this on your carb-up day, which would look like this:

This will help you get into ketosis much faster and it will be both easier and more effective to diet down while in a low carb state.

Note that this method can be further enhanced by using supplements that enhance insulin sensitivity (R-ALA, fenugreek, fish oil, etc.), as found in Biotest's Flameout®.

Hopefully you once again learned a few cool things that will take you a few steps closer to your ideal physique. Stay tuned for next week's episode and more new fun tricks from Da Thib! 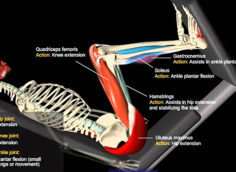 Can you build strength in the leg press, or is it nonfunctional? Coach Carter lays the smack down here.
Legs, Powerlifting & Strength, Tips, Training
Paul Carter February 7

No ab wheel? No problem. Just use a stability ball. Also works great as a regressive exercise if the standard ab rollout is too tough for you.
Abs, Exercise Coaching, Tips
T Nation September 25

Prevent injuries and keep your delts feeling good with this quick exercise you can do anywhere.
It Hurts Fix It, Tips, Training
Dr John Rusin December 8