Here are five things you should do every single day. These things will help you maintain proper functioning, athletic and otherwise, and could even prevent costly medical expenses later in life.

Why it’s a good idea: The deep squat will help you maintain your hip flexion mobility – the ability to squat all the way down – throughout life. The deep squat is commonplace in many Asian and Middle East countries and requires 95-130 degrees of hip flexion and 110-165 degrees of knee flexion, which is an extensive range of motion.

If you use this ability, you’ll keep it. If you don’t, you’ll lose it. Dr. Stuart McGill started performing this drill daily and credits it for helping him retain his hip function and prevent hip replacement surgery.

If you’re a lifter or an athlete, you want to retain your deep squat ability as it’s been shown to lead to greater vertical jump transfer, quadriceps and hamstring hypertrophy, glute activation, hip extension torque, postactivation potentiation, and deep squat strength as compared to shallower squatting.

What to do: You don’t want to use extra loading on this drill, so no dumbbells, kettlebells, or barbells. Just squat as deep as you can go with your own body weight and remain flat-footed (don’t come up onto the toes). 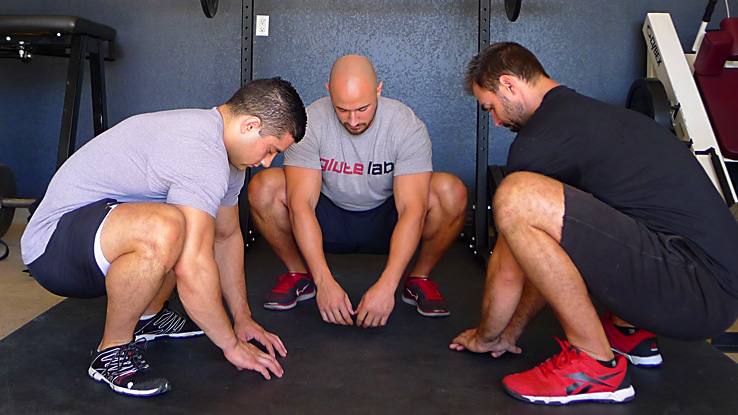 With loaded squatting, it’s imperative that you prevent the lumbar spine from excessive rounding, but with the bodyweight deep squat, it’s okay to relax and let the spine sink down into the stretch. Hang out in the deep squat position for 30 seconds and then rise back up. Just do this once.

Step it up a notch: If the deep squat isn’t enough to satisfy your appetite, consider performing a set of goblet squats each day. The goal isn’t to max out or go to failure but to simply use good form with a moderate load. This will take your hips, knees, and ankles through a good range of motion while the core is stabilized.

Why it’s a good idea: T Nation contributors Eric Cressey and Mike Robertson were among the first to point out an alarming trend – athletes showing up to the weight-room with weak and poorly activating glutes. Dr. Stu McGill even coined this phenomenon “gluteal amnesia.”

These same strength coaches found that they were able to cure this “amnesia” with some basic low-load exercises. In fact, a recent study showed that prescribing isometric glute squeezes to patients who suffered from spinal cord injuries increased their usage of the glutes while walking, enabling them to walk faster.

Your glutes are likely not functioning to their full extent and simply performing a maximal glute contraction each day will go a long way in allowing them to retain (or even build) their neuromuscular capacity.

The gluteus maximus transfers force throughout the body, compensates for other muscles when needed, and protects the SI joint, low back, knees, ACL, hamstrings, and anterior hips from injury.

By working on his glute function, Dr. Stu McGill was able to improve his posture, reduce hip labrum spurs, and prolong his hip replacement surgery. As you can see, you’ll want to retain or build your glute mass and neural drive as you age.

What to do: From a standing position, take a moderate to wide stance and flare the feet out slightly. Now squeeze the glutes as hard as possible for 30 seconds. Make “fists” to increase the neural drive through irradiation. Just do this once.

Step it up a notch: If simply squeezing your glutes doesn’t cut it, then consider performing a glute march.

Why it’s a good idea: Stretching in general can be downright euphoric and good for reducing anxiety. If the hamstrings are tight, they’ll negatively affect the way an individual picks objects off the ground during stoop lifting. Stretching the hamstrings will immediately improve their stoop lifting mechanics by decreasing spinal motion and increasing hip motion.

Lifters with excessively tight hamstrings are more susceptible to deadlifting injuries. Tight hamstrings also contribute to plantar fascitiis. In other words, you don’t want your hamstrings getting tight over the years. 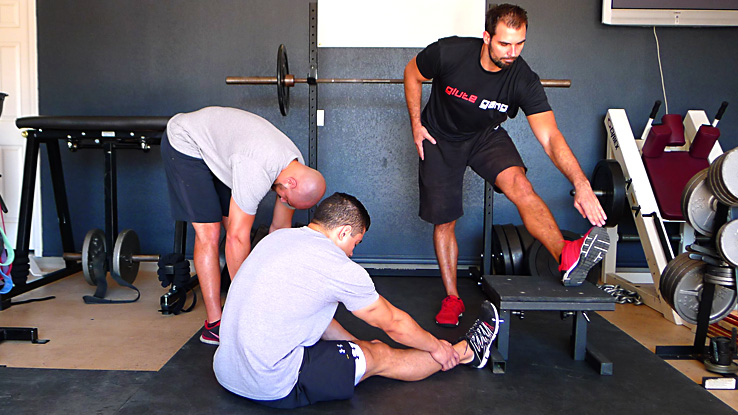 What to do: There are many good hamstring stretches, including ones that can be performed in the standing, supine, and seated position, so just pick one that you’re most comfortable performing. Hold the stretch for 30 seconds on each side.

Step it up a notch: Simple hamstrings stretches aren’t your thing? Try the single-leg Romanian deadlift with bracing.

Why it’s a good idea: Our society has become increasingly sedentary, which isn’t good for low back pain and function, as prolonged sitting has been linked to low back pain.

Now pain is multifaceted, and biomechanics is just one aspect to the popular biopsychosocial model of pain, so the effects of sitting and back pain (and posture) are probably over-exaggerated. However, we should still try to preserve good posture throughout life, especially since it doesn’t take much effort and can lead to psychological benefits like taking action and exuding more power.

The typical desk-worker is slumped over with a rounded spine, rounded shoulders, and a forward head position. We want to “undo” this posture by stretching the shortened muscles and strengthening the lengthened muscles. The crucifix stretch achieves both. 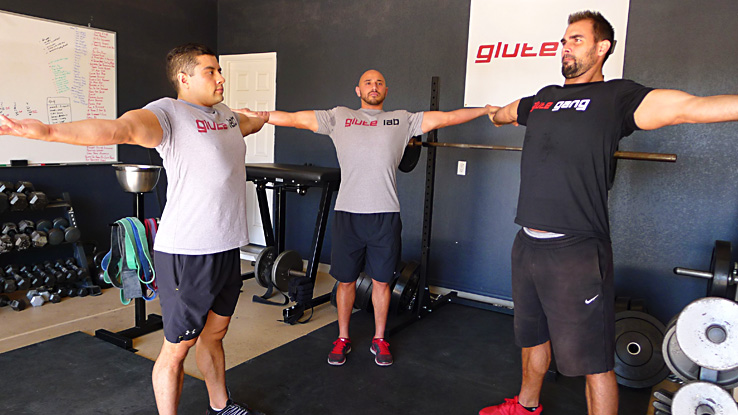 What to do: Stand tall and place the arms out to the sides. Simultaneously extend the spine by picking the chest up and externally rotating the shoulders by pointing the thumbs behind you. Keep the head and neck in a neutral or packed position (which resembles a double-chin). Hold this position for 3 seconds and repeat 5-10 times.

Step it up a notch: Okay tough guy, you think you’re too cool for the crucifix stretch? Give the band face pull/pull apart combo a try.

Why it’s a good idea: People are stressed out! Ever-increasing responsibilities and pressure take their toll by negatively affecting our neuroendocrine, metabolic, and immune systems. This stress even affects the way we breathe – upper chest breathers exhibit poor cardiovascular efficiency and nervous system balance.

The good news is that breathing retraining is very effective, and by practicing various breathing techniques you can reduce anxiety, reduce oxidative stress, achieve better balance of the parasympathetic and sympathetic divisions of the autonomic nervous systems, reduce blood pressure, and reduce resting heart rate. In short, it’s well worth it to spend a few minutes per day on specialized breathing techniques.

This is one instance where I don’t advise “stepping it up a notch.” No need to be extreme here; try to enjoy the process of relaxation.

These five activities will only take up 6-8 minutes of your day but could do wonders in terms of longevity and well being. Take care of your body and do the small things that count.