No matter how driven you are, if you stay in this game long enough, you'll eventually run into a period where you just aren't as motivated to go to war with the iron as you used to be.

This can be the result of outside influences. Perhaps you're working a lot or studying hard in school and the stress is wearing on you. Maybe you're in a relationship with a partner that isn't supportive of your lifting, or you've had to relocate and the training partners in your new gym just don't measure up.

Sometimes the reasons are internal. You're frustrated with your lack of progress and seem to be getting injured constantly. Or maybe training is just starting to seem a little too much like work.

I'm sure when you first hit the weights your enthusiasm and desire were strong. I was no different. As long as I can remember, I've always wanted to be big and strong. I remember as a child seeing some jacked dude and immediately thinking, "That's how I want to look!"

By the time I was nine years old I was training regularly with makeshift weights and doing anything that I thought would help me achieve my goals. I trained hard all year round throughout adolescence and high school, regardless of the sport I was playing.

While in the Marines I'd even train while we were in the field by doing chin-ups from tree branches or push-ups with a loaded pack on my back, and invented many other ways to keep training under less than optimal conditions. When living in the barracks I'd sometimes break into the gym in the middle of the night and train in the dark.

Even when I was going to pharmacy school, working countless hours and raising a family at the same time, my motivation to train and compete never wavered.

Despite being as driven as I was, I eventually reached a place where the hunger suddenly wasn't there. My goals didn't seem as vital as they'd once been. Surprisingly, it happened at the least logical time.

It was just over four years ago when I experienced my first real lack of motivation and what I later realized was essentially psychological burnout. Oddly enough, I was coming off some great finishes and things couldn't have looked better for me. In 2006 I'd won the Arnold Schwarzenegger Classic WPO Powerlifting Championships and followed that up in 2007 with a runner-up finish at the same event. I was training in preparation for a prestigious pro-meet with a substantial cash payout and hoping to break the all-time world record total in my weight class.

Yet in spite of all these factors, for the first time in my life I suddenly lost that deep desire to go to war with the iron. Fortunately, I was able to rekindle my desire. Here are the key strategies I used to keep the fires of motivation burning within me.

Focus On Your Goals

My goals have always driven me. On days I come home from work feeling exhausted and stressed, instead of crawling into bed I think about my goals and how rewarding it will be to achieve them. I know that if I continue to work hard that it's only a matter of time before they're realized.

I thrive on winning, and there's no bigger high for me than celebrating a victory at a big competition or achieving a goal that's been a long time coming. I live for those moments, and I know the only way they're going to happen is if I work harder than everyone else trying to beat me.

Next to my goals, my critics motivate me more than anything. There are few things in life as rewarding as proving a naysayer wrong. I've been told all my life that I'd fail. Early on, many important people in my life, like my coaches, teachers, and my peers would dismiss my aspirations; even my own friends and family members have mocked me at times.

Sometimes I'd hear about it through others or overhear someone else's conversation, but often it was said to my face, as if my dreams were ridiculous and completely impossible. As painful as this was, it stirred a resolve deep within me.

I developed the mentality that if someone told me that I couldn't do something, I was immediately determined to prove them wrong. Even now while I'm training, in between sets I'll think about those that have said that I'd never achieve anything and then visualize doing exactly what they said couldn't be done.

Surround Yourself with Like-minded People

Good training partners are invaluable. I've been fortunate enough to train and compete with some of the strongest guys around and many of these individuals have become my closest friends. We've pushed each other further than we thought possible – at times maybe even a bit too far – but there's no doubt that training with a group of guys like this can increase your odds of success ten-fold.

No matter how bad of a day you may be having, with the right group of guys it's nearly impossible to not give 100% every time you set foot in the gym.

We'd feed off each other's energy and competitiveness, which often led to challenges within the group. Usually it was only for pride or bragging rights, but sometimes money would be thrown down on the gym floor to try to get each other to push even harder, especially when one of us might not have been having our best day.

The key was having guys within the group that not only wanted to succeed themselves, but also wanted the others to succeed just as bad or even more. While none of us ever wanted to lose a challenge, there was never any jealousy or back stabbing. We all supported one another 100% and were elated over each other's success.

If a new guy came into the group and exhibited selfishness or looked for his own success at the expense of another's, he was quickly given the boot, and over the years that happened more than once.

Unfortunately, our lives have lead us to different places and today we're spread all over the country, but we all stay in touch and continue to support and motivate each other. 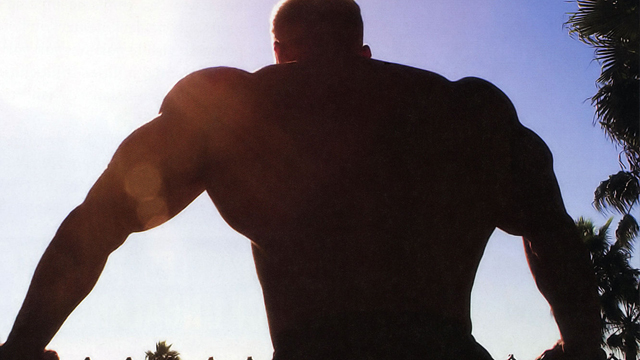 When All Else Fails – Take a Break

No matter how bad-ass or hardcore you might think you are, the possibility of burnout still exists. I learned this the hard way. While many top competitive lifters would schedule breaks after big meets, I was always the type of guy that was back in the gym a day or two after a competition, no matter how beat up I felt. I saw any amount of time off as a wasted opportunity for progress.

Yet despite that level of drive, I reached a point after more than two and a half decades of training and over ten years of frequent competitions where I suddenly experienced a lack of motivation. While there were a number of factors in play, I realize that my penchant for pushing myself at a relentless pace led to an inevitable psychological burnout.

I was in the middle of preparing for a big meet when this feeling of apathy began to creep up within me. It started slowly but grew steadily, and soon my training was uninspired and lacked the usual intensity.

Shockingly, my training cycle was still going well, so I decided to compete as planned, but with the lack of desire and focus, I was called high on all three squat attempts and I bombed out of the meet.

The worst part about failing to get a single lift was that afterward it didn't even bother me. Instead of feeling immense disappointment and immediately resolving to do better, I experienced a sense of relief as if a great burden had been lifted from me.

Never having experienced this before, I saw it as a clear indication that it was time to walk away from the sport I'd been passionate about for so long. While my decision was rash and probably extreme given the situation, it seemed perfectly logical to me at the time.

I soon realized that all I really needed was a break. Along with my recent success had come an increased level of expectations and pressure. Without having allowed myself any type of break, it was only a matter of time before I started to feel overwhelmed and my desire faded. As simple as it sounds, it was a revelation for me.

However, it only took three weeks of not setting foot in a gym or picking up a weight. I woke up one morning and my desire for lifting had returned and in spades. I couldn't wait to chalk up my hands and get back under a heavy bar. I immediately threw on my training clothes, strode out to my garage gym, loaded up the bar and picked up right where I'd left off less than a month before.

Back Where I Belong

In April of 2009 at the UPA Nationals I finally broke the all-time total record in the 220-pound class. I opened with a 1003-pound squat, backed it up with personal record 738-pound bench press, and secured the record with a hard-fought 810-pound deadlift for a 2551-pound total.

While my current goals have shifted to bodybuilding, my desire to achieve my dreams remains as strong as ever. Hopefully, using my motivational techniques can help you to reach your goals like they've helped me reach mine.

Got any motivational tips of your own? Post them in the LiveSpill. I look forward to reading them.

Here's a trick used by strongman competitors to increase performance that you need to use too.
Tips, Training
Brian Alsruhe June 8 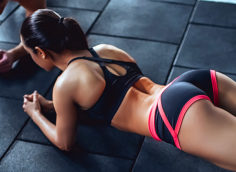 Stop screwing up this basic core move. Here's a simple trick to help you get it right.
Training
Adam Vogel October 14