Good Form: You Know It When You See It

We all talk about it and of course we all have it. It’s only the other guy who has bad form, right? But how many of us can actually define it? And can we even find two people who can agree what good form even means?

Or maybe not. Here are seven musings about good form to inspire some deeper thinking. As you’ll soon see, this can be an elusive subject…

1 – “Bad” form means your execution is either unsafe, inefficient, or both.

Let’s take the example of using too much body English while performing barbell curls. The bar is too heavy, so in addition to elbow flexion (the only movement required for curls), you yank the weight up through an ugly combination of explosive hip/lumbar extension, shoulder elevation, and other spastic maneuvers your panic-stricken motor cortex can come up with. 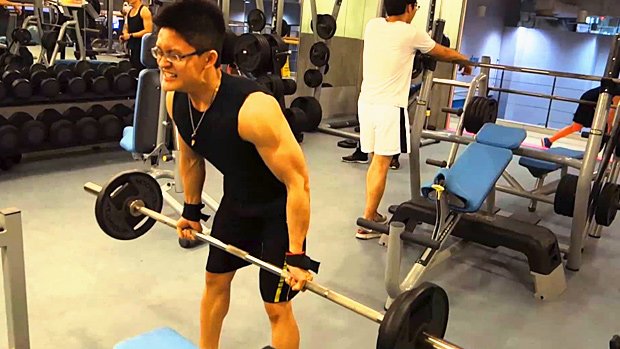 Dangerous, right? Well, probably. After all, if using pure elbow flexion alone, you can only curl 100 pounds for 5 reps, but through employment of creative maneuvers you manage to hit 8 reps with 115. In truth, you end up using a weight that significantly exceeds the maximal concentric strength of your biceps – the supposed target muscle for this exercise.

This doesn’t mean you’ll get hurt, but it does increase the odds. And we now need to consider the safety concerns and risks/benefits involved with hyper-extending your lumbar spine, among other things. Mimicking a grand mal seizure while doing curls doesn’t assure an injury, but what’s the upside of doing it?

In terms of efficiency, lifting slightly more weight with loose form pretty much equates to lifting less weight with perfect technique as far as the target muscle is concerned. But the reality is that turning the biceps curl into an explosive full-body maneuver is a horribly inefficient way to train biceps.

After all, if your deadlift session the following day suffers because your low back is trashed from doing curls, then what’s the net benefit? Are you seeing the point here?

I get it. Whenever you’re attempting a particularly challenging set – perhaps in an effort to break a PR – it’s often permissible for your technique to loosen up a touch. However, if you have a history of orthopedic issues, that statement doesn’t apply to you.

2 – If you can’t do an exercise properly with a heavy weight, but you can do it properly with a lighter weight, then you have good form. You simply aren’t strong enough yet for that heavier weight.

The inability to maintain proper lumbar alignment on the deep squat comes to mind here. “Proper” in this context means that ideally you should move only from the ankles, knees, and hips while squatting, and not from the spine. 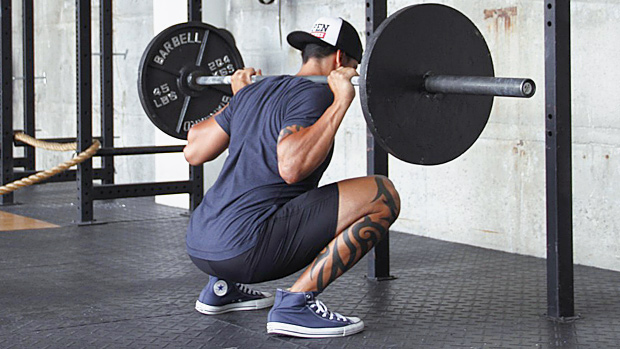 If your lumbar spine rounds with 315 pounds but looks just fine with 135, you’re obviously capable of good spinal alignment, at least with manageable weights. You just need to get stronger. And the way you do that is to enforce a strict “no rounding” policy whenever you squat. If you hit a given weight but your low back flexes, it doesn’t count.

3 – If you can’t do an exercise properly with even light weights, the issue now becomes either mobility or understanding of the desired movement pattern.

If your back rounds with even an empty bar on your back, we’ve got a different problem. Either you don’t understand proper lumbar posture, or you do understand it but don’t have sufficient mobility to do it.

In the case of the squat, Dr. Stuart McGill explains that there are different hip structures across human populations, and some individuals simply can’t squat deeply without spinal movement due to bony hip restriction.

4 – Bad form doesn’t guarantee an injury, nor does good form assure safety. However, good form puts the odds in your favor.

Try this entertaining test some time when you’ve got too much time on your hands. Make a post on any social media platform explaining that you have pain when performing a specific exercise of your choice. Then watch for the ever-helpful suggestions – 90% of which will tell you that you have “bad form.”

Of course, these folks have never even seen your form, but that won’t diminish their confidence in declaring that yours is indeed bad. Universally, we assume that good form will protect you from injury.

Speaking of injury, can you define that particular term? That question was posed at one of Dr. McGill’s seminars. The room was full of professional trainers and coaches, but all you could hear were crickets. The answer is this: An injury occurs when external forces exceed a tissue’s capacity to withstand them.

Over my 30-plus year career as a coach and lifter, I’ve known guys who used scary-looking technique for years and were never injured. And I’ve also known many lifters who had what appeared to be great technique and who were often injured.

The truth is if you’re serious about lifting and you’re working as hard as you should be, occasional injuries are just part of the territory. That said, attention to proper mechanics puts the odds greatly in your favor.

5 – Optimal technique can vary a lot between individuals. While most lifters are in the middle of the bell curve, some folks are outliers.

Taking the bench press as an example, coaches commonly advise that the upper arms should roughly be at a 45-degree angle from the torso as opposed to 90 degrees. 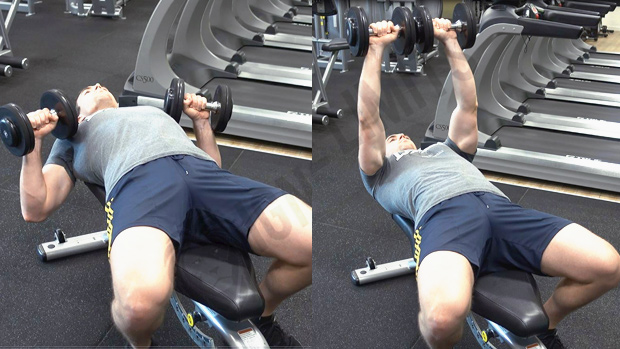 This advice works best for a majority of lifters because the structure of most people’s shoulder joints won’t permit benching with upper arms flared out without eventual orthopedic issues. But some people are anatomical outliers and can bench with lots of arm flare for decades with no problems.

First, from the “efficiency” side of the coin, and assuming that the lifter in question is squatting for bigger and/or stronger squads, yes, he’s using bad form, because “squat-mornings” primarily target the posterior chain.

However, from the safety side of things, assuming he’s maintaining a neutral lumbar spine, keeping his feet flat on the floor, knees over the feet, and center of gravity within the base of support, his gnarly-looking squat, as bad as it looks, is actually safe.

You think it’s bad because most guys can’t squat all pitched over like that without a rounded low back, but some people can.

If you’re not sure about proper form for a given exercise, it’s best to assume that you’re not a special snowflake, and that you should use the generally accepted definition of good form for that movement. Later on, you might experiment with variations on that theme, especially if your current technique proves to be problematic.

6 – Proper form is largely defined by your training goal.

Although there are exceptions, high-level competitive bodybuilders rarely do much conventional deadlifting. Why? Two reasons:

Put in plainer English, deads, while they certainly are fun and useful, come with a disadvantageous benefit/drawback profile, assuming your main goal is muscle development.

So, if you’re a competitive lifter or just care a lot about being strong, “good technique” often means finding the easiest way to lift the weight. For example, if you were attempting to break your one-rep max record on the squat, you wouldn’t lower the bar over a 6-count and then pause for 1-second at the bottom before ascending back to the top. You’d instead use the easiest tempo.

Similarly, you probably wouldn’t place your heels up on blocks or use a narrow stance, either. You’d obviously use your strongest and most comfortable stance.

However, if your purpose for squatting was bigger quads, you might very well utilize any or all of those technique modifications because they make the squat HARDER to do (especially for the quads), not easier. See the difference?

7 – When training for hypertrophy or body composition, a key feature of good form is to maximally stress the muscle while minimally stressing the joints and connective tissues.

Let’s assume that all you care about is muscle growth and you’ll do whatever it takes to achieve that objective. You have two lifting styles to choose from when performing incline dumbbell presses:

Sure, these two styles seem somewhat synonymous, at least superficially. But dig a little deeper because it’s all about the nuances:

If you choose option 1, inevitably, your technique will be characterized by:

If you care a lot about strength and respect the principle of progressive overload, this might sound familiar to you, but if you care mostly about bigger muscles, you might take option 2, which looks and feels quite a bit different:

This second option places maximal demands on the muscles, but with less stress on the joints and connective tissues. Both methods are valid, but if you can place more demand on the working muscle and simultaneously less stress on your orthopedic assets, it’s not an entirely crazy idea, right?

Good Form: Elusive Yet So Important

Hopefully this brings you toward a deeper understanding of proper exercise mechanics. These discussion points aren’t intended as a definitive conclusion, but rather a vehicle for further discussion and debate.