It's hard for a lot of us to fathom: Women who avoid weights because they don't want to get "bulky." With so much information available about the importance of muscle, and the internet rampant with female lifters, it's weird. But you'll still come across comments from women who favor yoga, spin class, long distance running, or treadmill walking for hours on end over lifting... which would be fine if that's their personal preference, but there's a problem here.

They want exercise to make them smaller, not bigger. And that's where their preconceived notions about lifting come in. They want to look a specific way – toned, but not muscular. But their fear of muscle development usually stems from seeing photos of female bodybuilders who use massive amounts of drugs, or top CrossFitters who do the same (yes, also sometimes in massive amounts).

And unlike the ladies who lift, these women don't see the iconic bodies of top competitors as motivating. They see it as unfeminine, gross even. And there's often no happy medium in their minds: You're either "toned" or you're overly muscular. And the toned look they say they want is what they THINK they'll get from tons of cardio.

If they can just lose the fat, then underneath it will be the body of a sculpted goddess just waiting to come out... This is the biggest myth you need to help them dispel.

What Non-Lifting Ladies Should Know

There's a common denominator here with women who have the "bulky" look, and it's not lifting. It's anabolics. And you'd have to use a lot. You have about zero chance of ever looking like a man in regards to muscular development. Hell, most males struggle to build a significant amount of muscle, and they're really trying to. Building muscle is exceptionally difficult and takes years and years of hard work to accumulate in large quantities.

Training like a man won't make you look like a man, unless your body contains the hormonal profile of a man, which you'd have to actively pursue.

The other thing that may lead to what you think of as "bulky" is just plain old fat gain. But if you're judging a muscular chick who's carrying a few extra pounds, realize that it's not really the muscle causing the bulk. It's the layer of fat on top. And a woman with some extra padding and muscle underneath still looks athletic, shapely, and even hot, while a woman with the same amount of fat and no muscle... well, just looks out of shape.

Too much cardio and not enough lifting works against you. Women will talk about changing their bodies, and they'll say they want great legs, a banging butt, and arms they're proud to sport in a tank top or sleeveless dress. Maybe they'll even give you the name of a celeb they want to look like.

So to get there, they'll take to the treadmill, then wonder why they're not seeing the shapes and definition that denote the "toned" celeb look. But unless you have miraculous genetics, your glutes will never pop out further than pancakes without actively building them, and your arms and legs won't look defined without having actual muscle to define.

By the way, many of those "toned" celebs, even Sports Illustrated and Victoria's Secret models, are training with T Nation coaches like Ben Bruno. What are they doing? Lifting weights, not cardio'ing their butts off. See Kate Upton below.

The cruel part about it is that most lower body injuries related to running usually have to do with weak glutes. Sitting all day, most days of the week, will make glutes lazier and lazier, and activation becomes something these key muscles will no longer remember.

So when you commit to running, and your inactive glutes aren't firing the way they're supposed to, the injuries will accrue since you're not using proper mechanics. You're disproportionately taxing the hamstrings, quads, achillies, calves, knees, and IT band. Now you're injured and have a flat ass. At least before that you just had the flat ass.

Spin classes? Not a bad option for getting your legs better. You can control the resistance, and the movement at the hip and knee joint is more closely related to a squat than walking or jogging. But you're still sitting on your ass and your body will still adapt to that form of exercise.

In order to reshape your figure, you have to reduce fat AND build muscle. Walking and jogging won't build a great pair of legs or a great butt, nor will it sculpt that coveted arm definition. But lunges, leg presses, squats, deadlifts, overhead pressing, pulling, pushing, lateral raising, and tons of other various forms of resistance training movements will.

Plus, having more muscle will increase your metabolism. Metabolically speaking, it's an energy giant. The more you have, the more calories you'll burn literally doing nothing. One pound of muscle burns about 50 calories a day at rest. Add 10 pounds of muscle, and that's 500 calories a day you weren't burning before, in a rested state. To put that into perspective, go find any calculator on the net, plug in your bodyweight along with treadmill speed and see how long it will take you burn 500 calories on that thing.

And we're not just talking about muscle at rest. Even if muscle at rest didn't burn much energy, the actual act of building it – the time under tension required for hypertrophy – will also impact your metabolism in dramatic ways.

But if all you do is tons of cardio, you may lose a little muscle along with the fat. So what do you end up with? A smaller version of the "shape" you have now. You get smaller, not shapelier.

Oh, wait. You think getting smaller is a good thing? Not so fast. The less of your body there is, the fewer calories you'll burn throughout the day. Simply weighing less than you used to has a downside: You now have to eat fewer calories to stay that way. Your body is burning a whole lot less energy than it was previously in its heavier state.

Building muscle and walking around with more of it on your frame is the solution for this dilemma. With more muscle, you'll become smaller and more compact, but with more of the "material" that makes your metabolism a furnace: muscle tissue. And muscle requires a robust diet. You can't build it if you're starving yourself.

You know what toned means? More muscle mass. When you build muscle and reveal it with fat loss, you'll achieve a look that's a whole lot closer to your idea of "toned" than what you'd get with cardio.

Yet some people will still tell you how to get "long muscles" with certain forms of stretching and bullshit light weight exercises. Don't fall for it. The length of your muscles was determined when your mom and dad conceived you. There's no training that can undo or redo what mom and pops did. So please, stop using words like "long, lengthy muscles" unless you're poking fun at those who take it seriously.

Let me guess, you're grossed out by the word "mass" in muscle mass. Fine. Choose any word you like. You can still use "toned," but understand what it really means. It means hypertrophy or growth of that muscle.

Still Want to Get Smaller?

Refine your diet. Make it healthier, not intolerable. Just start with the obvious. Drop that 9-billion calorie Starbucks concoction habit, and that 4-million calorie fast food lunch, then replace them mostly with foods identifiable in nature, lower in calories but higher in nutrients. Stop skipping breakfast. Wake up early enough to eat one that satiates you and supplies your body with the nutrients needed to help change you into a leaner and more "toned" version of yourself.

The cool thing about lifting is that even if you're not ready to change your diet, you'll eventually feel compelled to start. You'll want the energy that comes from eating well, and you'll crave the nutrition that makes you feel good. Lifting for 45 minutes doesn't impact the appetite the same way endless hours of cardio does. So you may end up with a better diet simply as a result of changing the way you work out.

Get away from the pink dumbbells and stop being afraid of picking up heavy things and putting them back down.

And don't think for a second that you need to "lose weight" before you start lifting. That's the most counterproductive thing you could do. And most women who do that NEVER commit to lifting, not long-term at least. They do cardio but it's never enough, so they continue it lose weight temporarily, then regain it without any muscle to speak of.

Just start lifting, build the muscle, get the shapes and definition, then overtime your body will become more compact... even if you change very little about your current diet.

Stop Living and Dying by the Scale

The scale is a tool, and sometimes it can be a good one. But it can also be misleading. If you lose 5 pounds of fat and gain 5 pounds of muscle, the scale says nothing happened. However, your dress size will tell a different story. You'll look fantastic, yet feel like shit because you didn't lose weight.

Sure, if you're very overweight or obese, then for health reasons, you'll benefit from using the scale to assess your weight loss. But if you're new to training and the scale is your biggest barometer for what's working, you'll likely end up frustrated. This is because people who are new to weight training can see fat loss and muscle gain at the same time. At least for a little while. And for women who celebrate scale drops, it's a huge mistake to rely on it.

Use your clothes. Use the mirror. Use a tape measure. Get your body fat tested regularly using the same tool because they can vary. Then, if you must use the scale, factor it in with all of those things. If your waist measurement decreased by 4 inches and you had to downsize your pants and dresses, but the scale didn't budge, should you really be upset?

Use it in conjunction with lifting and a sound diet. Because honestly, if you lose weight cardio-ing it away, it's only a matter of time before you gain it back. The body will eventually adapt to the same repetitive cardio, but it won't to progressive overload, increased time under tension, and intensity techniques that make you look bangin'.

And here's a bonus: when you start lifting, the work you do will be more effective, and therefore can be a lot less time consuming.

All of these things work synergistically to mold your body into a shape that makes other women hate you. Which is what you're after anyway. Otherwise you wouldn't spend all that time and money on making yourself attractive with things most men don't notice, like shoes and designer handbags.

But men and women alike will notice a great pair of legs, powerful shoulders, and an athletic butt. Pancake asses are common. They don't turn heads. And you probably won't escape it without some form of lifting.

So don't be common. Train "like a man" to look like a lady. It may be hard to get your head around that now, but that's really how it works. The results will speak for themselves. 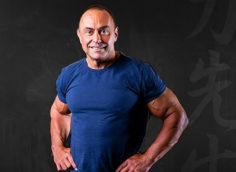 The fancy term for it is autoregulatory training. Here's how and when to use it.
Tips, Training
Bret Contreras & Brad Schoenfeld, PhD March 23

It builds your shoulders and strengthens your core, but most of all it looks cool. Here's your step-by-step guide.
Athletic Performance, Challenge Training, Tips, Training
TJ Kuster September 24 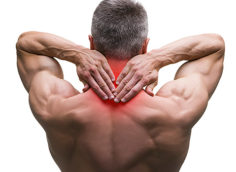