Few achieve it, some get close, and most have no idea what it really takes. Big fluffy guys think abs are overrated. Weak lifters say they’re only made in the kitchen. And couch potatoes think it’s all genetics. Well, they’re all wrong, and they all secretly long for visible abs too. Here’s the blueprint for your first six-pack.

You already know that leanness is a prerequisite. So how lean do you need to get? Here’s a range of leanness to shoot for.

Some people can carry more fat and have visible abs, and some people can be lean and have scarce ab definition. So it’s not just about body fat; it’s about BUILDING the abs so you can see them.

If you’re on the chubby side, improving your diet should be your first step. Change your body composition so that you have a higher ratio of muscle to fat and seeing your abs will be a heck of a lot easier. Eat in calorie deficit (roughly bodyweight x 12) with mostly lean protein, starches, and veggies. Use the principles below too, but diet will be significantly more important if you’re too fat.

Abs on a weak guy is never impressive. If you want a great set of abs, start squatting, deadlifting, pressing, and pulling heavy a few times a week if you’re not already. Why?

Some say that all you need for abs is compound work, and while that may be true for a small portion of the lifting population, the best way for most people to build abs is to hypertrophy them just like any other muscle group.

It’s true that compound movements work some core muscles, but direct ab work is what you need to hammer the rectus abdominis, which is the superstar ab muscle responsible for an impressive midsection.

Training your abs hard and often will allow you to see them at a higher body fat percentage. And to grow them effectively, you need to train them predominantly in flexion. Think of the basic ab crunch.

Functional fitness gurus avoid flexion the same way keto fanatics avoid carbs. There’s nothing inherently wrong with spinal flexion in healthy individuals, and it’s what will mainly be responsible for hypertrophy of your rectus abdominis. 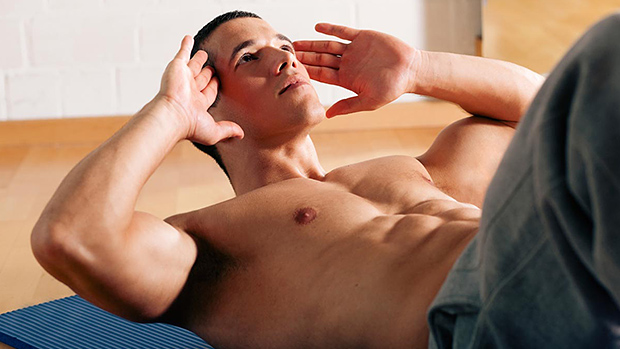 The problem with flexion exercises is that a lot of lifters screw them up and train their hip flexors or stress their low back out instead. So, to train ab flexion correctly you need to make two things happen:

On all floor exercises, your low back should be glued to the floor. When performing leg lifts or deadbugs, pretend there’s a button under your low back. Try to hold down that button with your lower back for the entire set. If you release the button both of our dogs die. Works nearly every time.

Perform flexion correctly and you’ll feel the most indescribable contraction in your midsection. Your mind-muscle connection with your abs will improve. However, perform flexion incorrectly and you remove a majority of tension from your abs and distribute them to other muscles like the low back and hip flexors.

Weighted carries, like farmer’s walks, are a great way to develop strength and build some thick traps. But if you want to tax the core, you’ve got to do these brutally heavy. 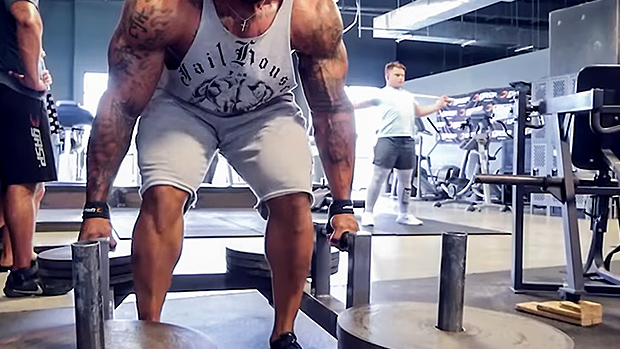 Heavy is the only way to go for high levels of core activation. The core needs to stabilize the hips and spine when carrying large loads. If you can hold the weights up like an isometric curl, the load is far too light.

The transverse abdominis is a deep core muscle that acts as a natural weight belt for your spine. It’s the Spanx of your abs. Developing it will help prevent injuries and create a smaller waist. You could train it with plank variations, but I like this exercise using an ab wheel and a treadmill.

Hold the ab wheel the same way you would for a rollout, but instead of rolling out, you hold it like a plank. This will also hit the internal obliques. It’s fun and quite possibly a better use of the treadmill than jogging for abs. The slower the treadmill goes, the harder it is.

Prioritize pull-ups and chin-ups. Add weight to them if you can. Pull-ups in particular train the core more than any vertical pulling move like the seated lat pulldown. 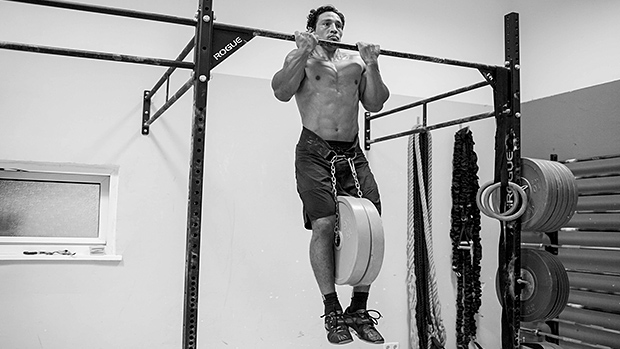 In addition, you’ll want to do all you can to build your back because your abs will look better when your waist looks small. The wider your back, the smaller your waist will appear.

7 – Sleep More and Get Your Mind Right

Afraid of missing out? Envy the nightlife of massive bodybuilders and physique gurus who party with models? Get your mind right. Jacked and massively famous guys are sometimes using lot of stuff that’ll put them in an anabolic state most of the time, whether they get sufficient rest or not. So don’t think you can get away with doing what they do.

And if you’re natural, you won’t build that six pack, or stay lean enough to see it, by staying up and popping bottles night after night. That kind of life might seem cool when you’re only seeing the highlight reel. But is it more satisfying than sleep? Probably not. It’s certainly not better for you. And you’re not seeing the nitty-gritty side of faux-socialites with perfect body fat percentages and chiseled abs.

Aim for 7-9 hours a night to maximize results. If you’re not getting that, then start going to bed earlier if you can. Get off social media and enjoy the highlight reel of your OWN life.

If your biggest concern is how soon you’ll be able to see your abs, then you might want to learn how to enjoy the process of building them. The faster you can do that, the easier it’ll be to keep them… and you’ll probably build them a lot sooner because you’ll be consistent.

But getting abs means nothing if you hate the work that it takes to achieve them, and what little you do achieve won’t last. The time it takes to build abs will depend on:

For some people, it might only take a couple months of committed work, but those with more body fat and less restraint in the kitchen might need a lot more time.

Get your dream six-pack at least once in your life. It doesn’t require competitor-level leanness, but it still takes work. Get lean, hypertrophy those suckers, and you might find that visible abs are lot easier to maintain than they are to reveal.