The Point of Challenges

Workout challenges wake you up, jolt you from your training stupor, and yank you by the hair out of your rut. After a challenge is over you feel like you’ve accomplished something.

In that spirit, here are a handful of challenges to try.

Some say standard planks are too easy. But if you start shaking before you even reach the 60 second mark, then you need them.

A standard plank is basically just holding a push-up in the top position. I’d make you a video of it, but that would be boring. Form? Just make one smooth straight line, hips solids, head locked in the “military fashion,” and body rigid.

There are dozens of variations, but for now just do this – fall to the floor and give me a PUPP. 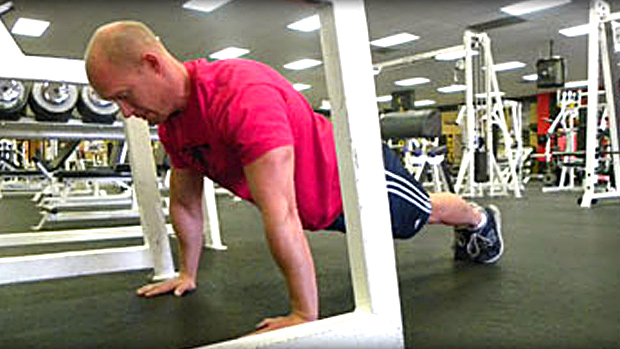 Now, use the PUPP as your “rest period” between sets of another exercise. Simply take a squat movement and use a weight that you can get for ten reps. For this workout, however, halve those reps, so do sets of five, and instead of resting, you will PUPP. 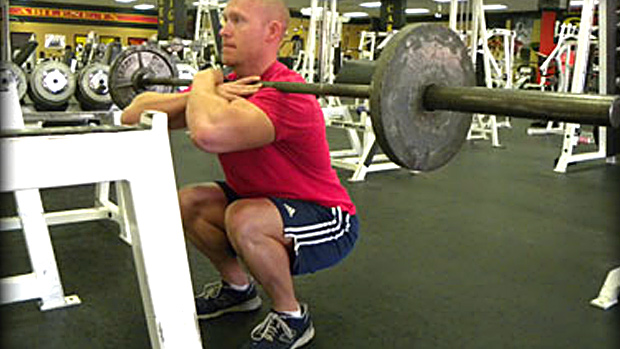 Be careful on the last set as the heaving of the chest makes handling the barbell a bit suspect. I strongly encourage you to rest for a little bit after this workout.

Yes, you can PUPP longer than 30 seconds. Yes, five reps with a weight you can front squat for ten is very light. Neither will matter when you attempt to leap off the ground and front squat that last set.

Try it first, then decide if you want to attempt longer PUPPs and more weight on the bar.

Here’s how to do it. First, put two moves back to back. 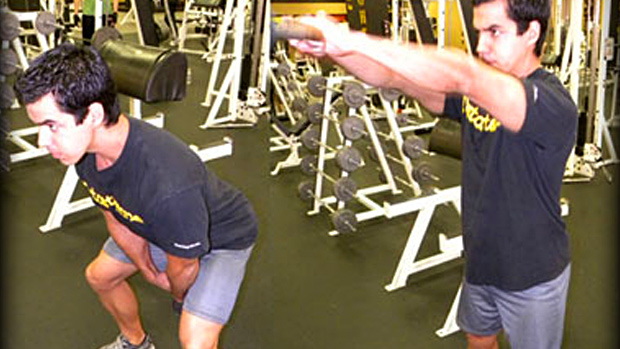 Simply do 10 swings, followed by 10 goblet squats, then 9 and 9, then 8 and 8, and – you know where this is heading – we go all the way to 1 and 1. Don’t put the weight down if you’re doing this with the same kettlebell or dumbbell.

The swing is simple: Maintain a nice back arch, sit back, keep your head up, stay braced at the bottom, and use a powerful hip snap on every rep. The ‘bell shouldn’t rise above your shoulders. 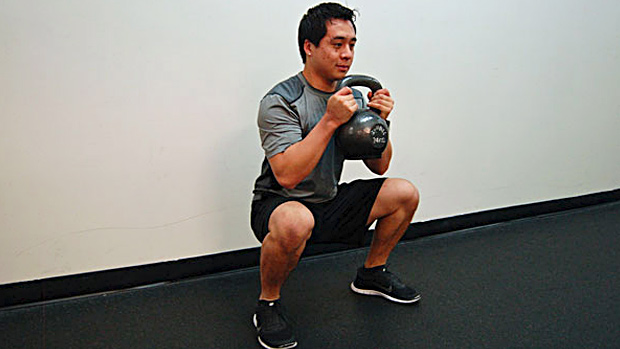 Think of a goblet squat as a front squat holding a dumbbell in front of your body at your chest. This allows for a comfortable, natural, upright position. 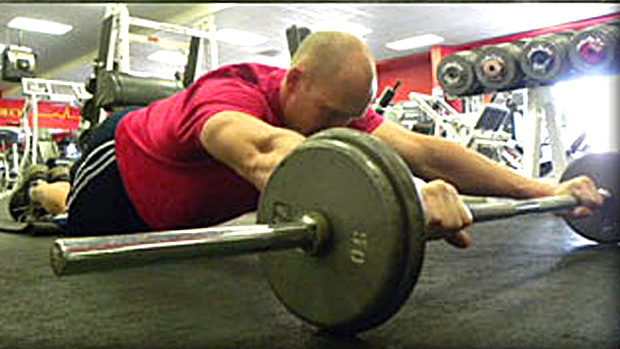 The chore is to do ten reps back-to-back of each of the five lifts, then start again doing nine, then eight, then seven… and, again, you see where this is heading!

I have a “tap out” rule that you have to finish in 23 minutes. Use weights that are so light in the squat, press, and deadlift that you’re embarrassed to begin the workout. If you follow this advice, you might be able to finish it.

One other area of training most people completely ignore is tumbling.

Tumbling is part of bodybuilding’s history. Tumbling was a key to “body culture” a hundred years ago and it existed well into the Muscle Beach era. Franco Columbo was a gifted acrobat and could do amazing things with his total body strength.

If you want a workout that will gas you and leave you sweating and crying, go ahead and tumble. The following workout recently led a fairly good athlete of mine to puke:

Note: The bear crawl is a “quad-ped” crawl. Your knees don’t touch the ground, just your hands and feet. The two basic variations are the bent-knee Spiderman or “military” version, and the straight-leg version.

I don’t like athletes to puke, but the level of intensity, both physical and mental, it takes to tumble really seems to ramp up the metabolism.

Don’t push it on the tumbling repetitions, and take the time to review technique, position, and protection.