I grew up in powerlifting gyms and played football into my early twenties. As reluctant as I am to admit it, this upbringing trained me to be a meathead.

I'll give you an example of my problem solving logic as a nineteen year-old. Every problem could be solved by getting stronger.

Can't squat deep? You're weak. Get stronger.
Low back hurt? Stop being soft. Get stronger.
Can't pick up chicks? It's because they think you're a pussy. Stop wearing your t-shirts tucked in. And get stronger.

Over the past few years, however, I've changed my focus a bit.

I'm still a big strength advocate, and I think toughness is something most people could use more of. But after some time, education, and experience, I've found there's a lot more to getting stronger than stacking plates and hitting more reps. Clean movement is just as important for continually gaining strength.

A few years back I was reading an Alwyn Cosgrove article when something clicked. He explained that making a distinction between strength and mobility training is pointless. They're inseparably paired, each contributing to the other.

Around the same time, I was reading Eric Cressey's programming and noticed the mobilizations he used during rest periods. He, and several other established coaches, called them fillers.

These days, the term 'filler' is part of training vernacular. Back then, however, I was blown away. What a great idea! Fill time, keep sessions dense, and feel better.

Observation, experimentation, learning more about biomechanics, and reading up on the nervous system gave me the insight to develop a pairing process.

Matching mobilizations with activation exercises started in sports rehab and has been adapted to fit in the strength world.

I've made friends with chiropractors that specialize in rehab– not just cracking necks and cashing checks. When they describe their treatment process to me it usually goes as follows:

Find the faulty movement pattern and re-teach it while alleviating restrictions and improving mobility and stability.

That, of course, is my summary, most likely grossly over generalized. But it offers a simple template that we can apply for our own purpose– building mobility into our strength training sessions to add training density and improve big lift performance.

The treatment template above works from broad correction to narrow correction. That's how we can apply mobility exercises to serve as active rest between sets of strength exercises. Applying a specific mobilization will be narrow, but will improve our overall movement for a given strength movement.

Three principles will guide our mobility exercise selection for each strength lift:

Muscles work in 'force couples' around a joint– agonists and antagonists, extensors in contrast to flexors, and vice versa. This arrangement allows for full joint range of motion with stability, but it can be limiting when trying to generate as much force as possible.

A tight, or short, antagonist limits the function of the agonist for a given movement. Not only will the tension in the antagonist limit joint range of motion, it'll also divert neural drive away from the agonist. Recruited before the agonist, synergists are bumped from the supporting cast to the main roles.

Relaxing the antagonist while improving its extensibility will improve sequencing and function of the agonist for a given movement.

I use the Joint-by-Joint approach to picture joint movement during lifts. If you're unfamiliar, it is the system of understanding mobility and stability developed by Gray Cook and Mike Boyle.

Here's a quick and dirty synopsis:

That's simple enough. We give joints that require mobility more range of motion while improving the stability of joints that move less. By doing so, we can better position our bodies at the beginning of the lift and through its completion. You move better within a given lift and put more weight on the bar.

However, you won't perform optimally if you can't put your body in good positions. The key is matching the right mobilizations with the right lifts to improve specific function.

Joint and segmental stability require a lot of tension. During the lift this is good– it means that you're tight enough in the right places. Unfortunately, this tension can hang around even after the given lift, or session, is over.

Include drills that alleviate the tension during heavy lifts and you won't have to buy slip on shoes and look like Herman Munster when you turn in your chair.

The grand interplay between strength and mobility is facilitated by several factors: joint range of motion, joint positioning, patterning, and sequencing. These qualities are inseparable– they affect each other at all times, improving or impairing performance for each lift.

For example, poor thoracic mobility while squatting mars hip positioning. Sequencing is skewed, the wrong muscles fire at the wrong time, and the squatting task is unevenly distributed. Performance on a given lift is both affected acutely and over time because of sub-par mobility. Tragically, the story ends with a lot of shoulda-coulda-wouldas.

These are typical limiting factors– you may have one or more, you may have none. This is where training partners and taping your lifts come in handy. If you don't have access to a camera and lift alone, it's easiest to address them all.

Based on the potential limitations of each lift, and in the spirit of hoisting superior iron, here are solid strategies for adding mobility fillers to the big four lifts. Remember, the goal is performance. Pre-habilitation is great, and necessary, but we're here to kick ass.

Since the deadlift is all about starting strength, pre-lift positioning is big for promoting a successful lift. Check the chart above and you'll find thoracic spine mobility listed first as a limiting factor.

Poor t-spine mobility devastates positioning, so train thoracic movement frequently before and between sets. Here's how.

Train extension before pulling to prepare for a neutral set-up. I like to avoid stretching the lats during deadlift sets– even if the stretch is active, I'd rather not take the chance and lose lat tightness. That's why we use extension rotations as the filler during sets.

We also want the glutes to fire like a cannon. Screaming tight hip flexors limit glute recruitment, so we'll use active hip flexor mobilizations to quiet them down.

Hit sets of five to eight between all of your deadlift sets. If you have a side that doesn't extend and rotate as well, do more reps on that side.

The squat is a tricky vixen. Since the movement starts with full-body eccentric movement and reverses into a strong concentric movement, the mobility and stability needs change constantly. It's not as simple as grabbing a bar and standing up with it.

Though the squat starts with top-down movement, I like to insert fillers starting from the ground and moving up.

Poor ankle dorsiflexion turns a squat into a grotesque good morning hybrid. It's always the first limiting factor I address during squatting. Active mobilizations, such as ankle rocks and wall mobilizations, work well as fillers because weight bearing is required. But I also like to pull the ankle into dorsiflexion while it's relaxed.

Pick a dorsiflexion move and hit five to eight reps between each squat set.

Pushing the knees out while 'spreading the floor' tracks the knees while creating tension and recruiting the posterior chain. As you sink into the squat, tight adductors will pull the knees in, causing them to cave. I use two strategies to avoid the knee cave.

Simply foam roll your adductors between squat sets, as it's often enough to calm those bad boys down enough for your knees to track well and get better drive.

Sometimes, however, rolling isn't enough and mobilization is warranted. You need a great adductor mobilization drill. Here's one I picked up from Steve Maxwell. It trains adductor length and internal rotation simultaneously.

Most great benchers have a great arch. It looks like the bench is the only thing stopping them from rolling completely into a circle. I've worked for years, training myself to arch this way, but it just won't happen. Scoliosis is a mean bitch.

An impressive arch requires spinal extension out the wazoo. But it also requires something many lifters forget, namely glute drive. This is especially true for those of us without an impressively mobile spine.

Benching with rigid glutes facilitates your arch by giving you better leg drive. As a result, you'll set up higher on your shoulders. Activated glutes also keep you stable on the bench.

For these reasons, I like to include glute activation in between sets of bench, especially when a lifter is learning to arch.

Typically, I use lateral activation drills or glute bridging variations. See the videos below.

Upper-back tightness necessary for heavy bench efforts locks up the t-spine. To perform well on squat and deadlift efforts, you have to keep your t-spine moving freely about.

Including thoracic mobility drills between bench sets is the best strategy I've found to keep heavy bench training from affecting squat and deadlift training. The drills included during the deadlift section work well, but standing thoracic mobilizations are great in concert with glute activation drills because they alleviate tension in the lower back.

The rest between overhead pressing sets is free time. Rather than spend it updating your Facebook status about your latest PR attempt (you know who you are), this is a great time to address mobility and stability weaknesses that can pay dividends in the rest of your training.

Mobility fillers help improve patterning, improve sequencing, and keep unnecessary tension from affecting future lifts. Pairing strength with mobility is a no brainer – even for this meathead.

Try this supplemental chest exercise to bring up a weak point or use it to train around an injury. Check it out.
Tips, Training
Dave Tate January 25 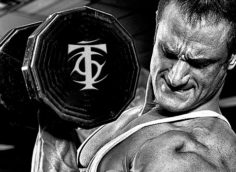 What's best, sticking to your program no matter what, or mixing it up based on how you feel that day? Here's what science says.
Bodybuilding, Powerlifting & Strength, Tips, Training
Shawn Wayland November 24 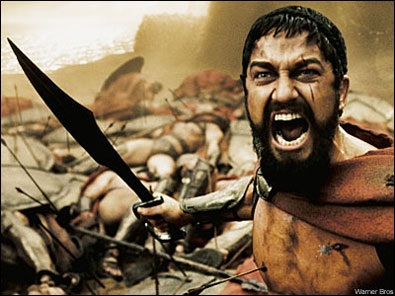 James Chan is into machine gunning, shot guns, and cross wiring. If we didn't know better, we'd think he was one of those militia guys holed up in some shack in Montana, swearing never to be taken alive.
Training
James Chan September 11