Although great strides have been made in the war against female fear of muscle, or myophobia (CrossFit deserves much of the credit), muscle is still often regarded with curious suspicion and sometimes outright distrust in female fitness circles.

Sure, on some level, most women these days understand that muscle can have value, but there's still a significant amount of (unnecessary) trepidation about becoming overly muscular.

On a certain level, women's mistrust of muscle makes sense. After all, one of the most immediately recognizable masculine traits is conspicuous muscularity, a trait most women want to avoid. But muscle is certainly not a universally masculine feature.

Beyond that, the inescapable truth is that women with the most admired physiques also tend to be significantly more muscular than the average woman. So let's clear up the misconceptions and concerns that women often have about building muscle. 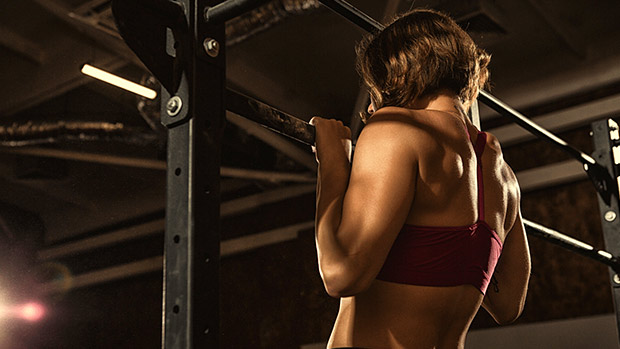 Interestingly, many people tend to think of metabolism as a mysterious external force, kinda like gravity – you can't touch it, you can't see it, but darn it, it sure comes to a screeching halt right after your 40th birthday, doesn't it? (Your metabolism, not gravity.)

Mmm, not really. "Metabolism" simply refers mainly to your energy expenditure. There are four primary categories:

So, gaining as much muscle as possible has a powerful impact on metabolic rate. Still, some women might have some psychological barriers to overcome. 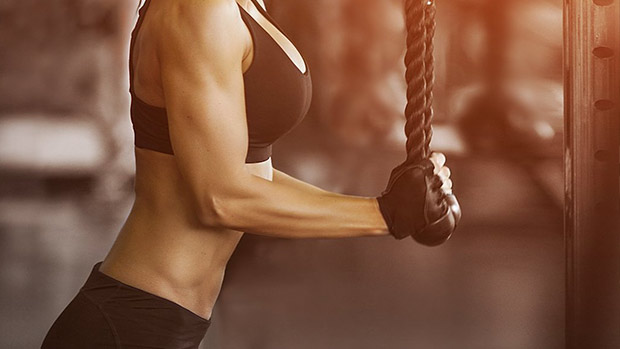 Why Women Think They're Getting Too Big When They're Not

Have you ever felt disgustingly fat after a huge holiday feast? Of course you have, but you haven't gained ANY measurable fat after a single meal, no matter how gluttonous it may have been. But your attention has been diverted to your stomach, because it's stuffed full of food. So you feel fat.

The same phenomenon applies to lifting weights. Both during and after a workout, your muscles will burn from lactic acid accumulation and swell with blood. Both of these phenomenon focus your attention to your working muscles, which are now temporarily bigger due to being pumped.

I never noticed knee scars until I had knee surgery. But, the very day I got out of the hospital, amazingly, everyone suddenly had knee scars.

Well, not really, but it's just that I suddenly started thinking a lot about knees and knee surgery, which caused me to start noticing people's knees and their scars.

Similarly, when women start training, say, their legs, they often start feeling, noticing, and observing their legs, and often with the suspicion that muscle is being gained. And, needless to say, if a woman experiences a pump for the first time ever, she's likely to mistake it for sudden muscle gain.

When novice female lifters start looking around the female strength/fitness sphere, they'll no doubt notice a number of heavily-muscled female strength athletes, and quite reasonably conclude that lifting leads to conspicuous muscle growth.

However, these conclusions are often a case of correlation being mistaken for causation. More often than not, women who are naturally strong and muscular gravitate toward activities that reward their natural gifts, much in the same way that many very tall people tend to discover sports like volleyball and basketball.

And let's not forget that many genetically elite women in the physique world are using drugs too. Most women will never "accidentally" get too big unless they also "accidentally" start using muscle-building drugs. 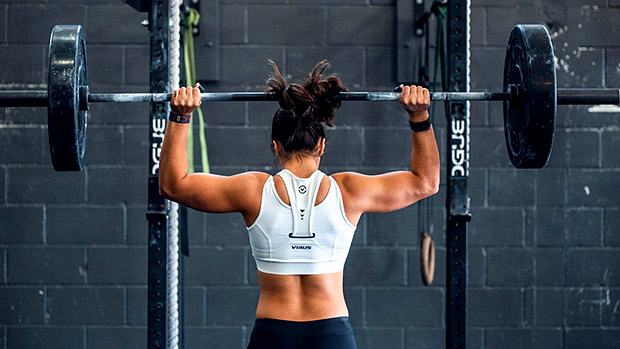 How to Reassure Her

Over the course of my long (30-year) coaching background, I've found three particularly effective arguments to counter female myophobia. These thought experiments, when presented to reluctant female clients, often serve to create a bit of cognitive dissonance that lead to deeper thinking on the subject:

Help Me Spread The Word!

Whether you're a male or female lifter, I'm sure you know women in your life who'd benefit greatly from a solid resistance-training program but are still on the fence about pulling the trigger. If you find this article persuasive, please share it with them. Help spread the enlightenment!

There's no secret recipe for getting strong, just a few time-tested tips that nearly every strong guy does. Here they are.
Powerlifting & Strength, Training
Tim Henriques January 18

Think your core strength is pretty good? Now's the time to find out. These two tests will tell you if your abs are strong or if they're a weak link.
Abs, Training
Nick Tumminello January 26

The Zercher squat is getting more popular. But have you tried the Zercher deadlift? Here's how to do it.
Exercise Coaching, Tips
Christian Thibaudeau February 2

Got two minutes, a high pain tolerance, and the desire to build muscle? Then this training method is for you.
Metcon, Tips, Training
Christian Thibaudeau February 27