We lift because we love it. We give it our all because it feels good to hit a PR, to go up a T-shirt size, and to improve our sports performance.

But of course there’s more to strength training than physical performance. Longevity and well being are a big part of being strong too. Improved metabolic markers, increased cognitive abilities, and decreased risk of long term illness are but a few reasons why every damn person should lift weights.

Now more and more research is being done on strength training and its effect on aging. There’s an emerging number of studies looking at how progressive resistance training can affect telomeres – structures responsible for regulating the division and growth of human cells.

What the Heck are Telomeres?

According to a study published in Medicine and Science in Sports and Exercise, telomeres are “an important parameter of the proliferative potential of tissues.” (1) Simply put, they regulate what happens to body tissues on a cellular level.

Telomeres act as little caps on the end of your chromosomes within your DNA. As you might remember from your biology class back in high school, DNA is a shaped like a double helix. Now if you imagine that those two strands that wrap around each other to form DNA were shoelaces, telomeres sit on the end of them to stop them getting frayed – a bit like the plastic coating on the laces of your favorite Chucks. 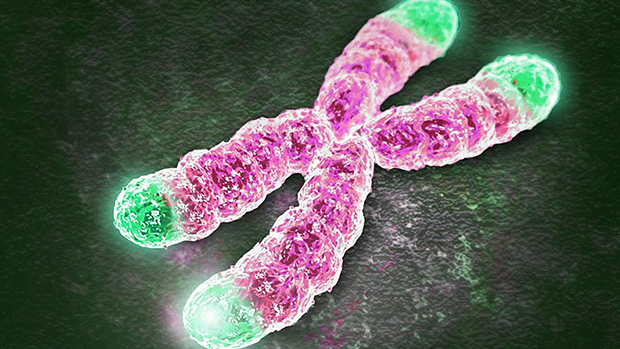 Or you could think of them like the hard hats you’d wear on a construction site. Only these hard hats lie within your cells and aren’t there to protect you from swinging beams.

What Do Telomeres Do?

Telomeres protect your DNA, but also act as regulators of how human cells age. (2) They safeguard the human genome from degradation and protect the end of your chromosomes. Because your chromosomes are quite sticky, they also help to form a non-stick buffer to stop chromosomes from “end-to-end fusion” or gumming up to each other.

Cell lifespan is regulated by telomeres. All cells have a lifespan. They’ll progressively grow and proliferate (divide and multiply), but they only have a limited number of times they can divide before they die. This is often referred to as the “mitotic clock.” (3)

Cells are subject to telomere shortening as division occurs. Each time cells divide, the telomere works hard to ensure that the chromosome passes on its information and DNA isn’t damaged. Without telomeres we’d lose vital messages each time a cell replicated.

The problem is, in doing so the telomere sacrifices itself, in true action hero style. Each time a cell divides it get shorter by around 25-200 bases per replication. (4) And each time they divide, your telomeres get shorter and shorter until the cell hits a critical point that there’s no coming back from.

When cells hit that shortening critical point they cease to multiply and enter a state of senescence – the cell can’t multiply anymore and dies in a blaze of glory. Goodbye, cell. This is called “cellular apoptosis.”

Telomere length is a widely recognized biomarker of cell biological age. (5) When we say “aging” we’re not just talking about wrinkles and gray hair. We’re talking about biological aging: everything that goes on within your body on a cellular level. That includes cardiovascular aging, metabolic aging, and everything in between. If it’s a cell, then telomeres will be involved in regulating its lifespan.

A healthy lifestyle helps to maintain telomere length and longevity. Telomere shortening accelerates with age and progressive shortening leads to a number of degenerative consequences. (6) For example, excessively short telomere length in white blood cells has been linked to an increased risk of cardiovascular and other age-related disease, diabetes, and even early death. (7)

While there are a number of studies linking aerobic activity to telomeric length, there are currently only a handful of studies looking at the direct relationship between strength training and telomere health. But as more studies are made available, we begin to understand the complex role that physical activity has to play.

Hormones play a key role in regulating telomere damage. Higher levels of anabolic hormones such as testosterone and growth hormone can offset cellular aging by regulating telomerase levels – an enzyme that offsets senescence, helping to keep telomeres nice and long.

A study published in Hormones (8) found that when cortisol was elevated and anabolic hormones such as testosterone, growth hormones and IGF-1 were dampened, telomeres began to shorten. Strength training helps to balance anabolism/catabolism in favor of promoting muscle mass, strength, and favorable hormonal changes. So it’s likely involved in telomerase regulation too.

One review stated that physical activity “might buffer teloremic shortening through affecting the balance between oxidative stress and antioxidants.” (5) This was particularly evident if the type of exercise helped to manage chronic stress, not promote it.

The presence of inflammatory markers such as interleukin-6 and C-reactive protein for example have been found to suppress telomerase and result in telomere shortening too. (9) Strength training helps to reduce oxidative stress and therefore systemic circulation. This not only helps to preserve telomerase levels and telomere length, but also promote improvements in long-term health. (10)

Telomeric length has a strong relationship to excess adiposity (being fat). For example, a study from Circulation found that an increase in body fat and obesity over a 10-year period resulted in telomeric shortening. (11)

Strength training has long been used as an intervention for fat loss and improving metabolic profile. And on a semi-related note, this also suggests that overeating and excess energy balance also contribute to cellular aging and telomeric shortening.

There’s evidence to show that when skeletal damage takes place, satellite cells help to repair it, but they might have only a finite potential for cell divisions. This means that chronically fatigued athletes may be at a much higher risk of so called “fatigued athlete myopathic syndrome” (FAMS) – a disorder characterized by irreversible muscle damage and short telomere length.

A study by Collins et al (12) tested a small group of fatigued endurance athletes, measured by the fact that they were suffering a progressive decline in their performance and a lack of ability of tolerate high training loads. They found that when telomere length was measured in the quads, it was significantly shorter than age and training status-matched control athletes. The onset of excess fatigue was having a negative impact on telomere length, which in turn would likely accelerate cellular aging. 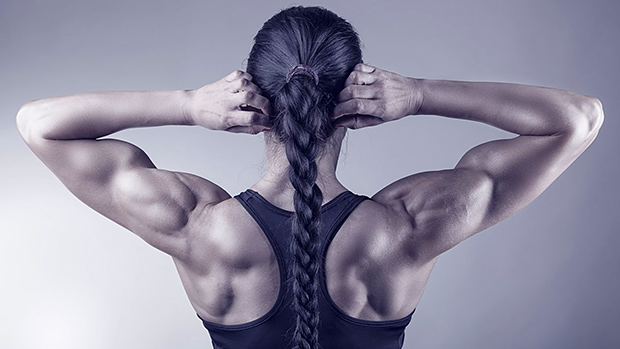 Strength training could offset telomeric shortening and get your DNA “jacked.” There’s not a great deal of research into the direct effects of strength training on telomere length as yet. And although the current research isn’t groundbreaking, it does form a nice platform for interesting future research.

In one of the few studies that did use weight training as an intervention, Kadi et al (1) tested telomere length using athletes. The study used a biopsy setup to measure mean and minimum telomeric restriction fragments (TRF), a way of measuring telomere length. They wanted to find out if athletes might suffer from abnormally short telomere length.

The research team found no abnormal shortening in their sample of athletes and suggested that telomeres remained within the normal range even though the athletes were training on a regular basis.