A great bench press requires a whole lot of technique, variety, innovation, and nuance, all of which are represented in these tips. Use them to get the most out of this shoulder-taxing movement.

It’s important to remember which direction the chest fibers run. They don’t travel vertically – they’re much more horizontal in path. So we need to use resistance that directly opposes the muscles’ fibrous direction.

Using dumbbells during chest flyes does this, but incompletely; they only zero in on the pecs for about half of the range of motion. On the top half of the lift, the force angle is directed downward, thanks to gravity, and the chest muscles really have little to no involvement in holding the weight up.

Compare this to setting up between two low-cable pulleys for a chest flye. It creates a world of difference. 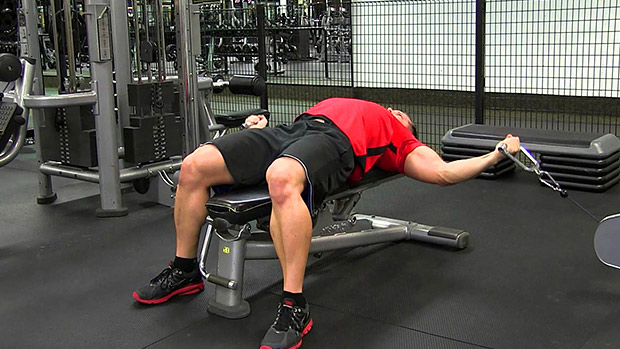 Cables create constant tension by way of their outward force, directly opposing the path of the chest fibers and requiring a much stronger contraction for literally 100 percent of the lift.

Instead of fumbling with 50-pound dumbbells for flyes that turn into bench presses by the end of the set (be honest!), really torch your chest by using cables instead. It’ll feel better on your shoulders too.

2 – The right amount of crazy instability work can bulletproof your shoulders.

Add some instability to your bench press by using a makeshift hanging band setup.

Alternately, do some dumbbell presses or push-ups on a Swiss ball. 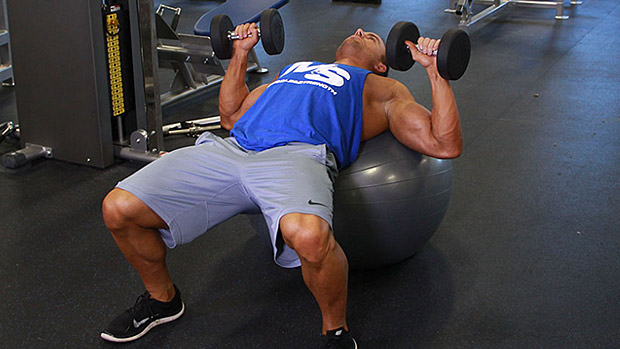 That kind of stuff can be the perfect supplement to all the other good stuff you’re doing to promote healthy shoulders. Note that I said “supplement.” That means it should make up no more than 10 percent of your routine.

Learning to control pressing loads that are unstable will light up the synergists to the major pressing muscles and help make them more responsive in general. The golden rule here is to practice pressing, but also challenge your pressing patterns – not with added weight, but with different tactics that make lighter weight feel more unstable or heavier.

Case in point: The classic bench press “spread the bar apart” cue can be especially misleading for everyday lifters. Most lifters in the gym want to hit respectable numbers in the bench press, but they’re equally concerned about the bench press being an effective vehicle to trigger hypertrophy (muscle growth).

You know the “spread the bar” cue will encourage tightness through the upper back to promote a more stable press, but for lifters who have longer arms, or just prefer to use a narrower grip than most powerlifters, the spread-the-bar cue can end up detracting from your efforts.

Based on what we learned about the chest fibers’ direction, it makes more sense to squeeze inwards on the bar to intensify the contraction of the pec fibers. Of course, it goes without saying that you should still keep your shoulder blades pinched back on the bench.

In truth, squeezing inwards won’t kill your mind-muscle connection or your technique. If anything, it’ll improve it. And, by way of traction, it’ll centralize the humerus in its socket for a much smoother overall feel. If you’re not a powerlifter, “squeeze in” is a cue that’s definitely worth trying.

4 – If you start your chest workout with dumbbell presses, finish with fixed-path exercises.

The dumbbell bench press can be a great exercise to build protection into the shoulder, but it’s still a movement that leaves the shoulder joint at risk because there’s no bar between your arms to provide mutual stability.

In addition, dumbbell bench presses allow the wrists and elbows to turn and rotate, leaving an infinite amount of possible joint angles as the weight is pressed – some helpful, some harmful.

So don’t follow your dumbbell bench presses with other movements that compromise shoulder stability, like dips. It’s smarter to use more fixed-path patterns like the chest press, pec deck, push-ups, pressdowns, or Smith machine work.

On the flip side, when you’re starting your workout with stable movements like barbell presses or Smith machine presses, feel free to follow them up with unstable stuff like dumbbell flyes and dips.

Dips. Push-ups. Chin-ups. Get good at these! I couldn’t care less about your bench press or your chest development if you can’t even get on the parallel bars and bang out a solid, bodyweight set of deep dips without shaking like a leaf.

More important than being able to do 100 reps of these movements is the ability to demonstrate true control over your body during your reps. Bodyweight training requires neuromuscular coordination that many loaded exercises can’t mimic. True strength will come from mastering such control.

During chin-ups, avoiding swing – especially on your negative reps – shows that you’ve got a good idea of how to do the lift. The same thing applies to dips. Committing to a torso angle that you can keep for the duration of the entire set is a beautiful thing.

You have no business grabbing a bar and loading it to oblivion before you’ve mastered this skill (not that you’d be able to lift that much, anyhow).

One More Thing: Prepare for Setbacks

There’s nothing inherently “natural” about wanting to get as big and strong as humanly possible. That’s why it takes so much discipline.

Realize that getting there is going to come with some hiccups. You won’t hear anyone really big or really strong tell you that their path to moving huge numbers has been injury free. It just doesn’t work that way. 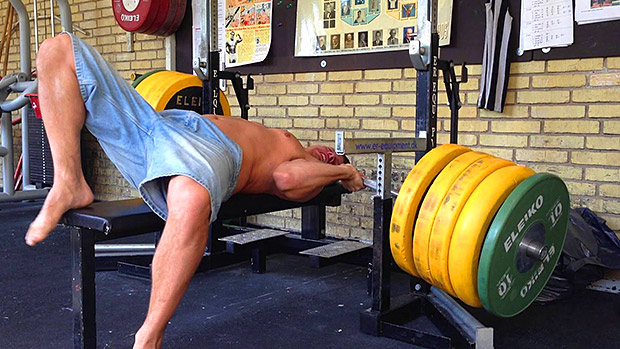 Given you’re not some genetic freak, working towards a goal of a 500-pound bench or a gargantuan set of pecs and shoulders is going to mean moving heavy stuff a whole lot of times. And repeatedly placing the joints under that much loading will result in joint stress or tendonitis, if not some acute injury.

It’s much better to anticipate some form of overuse syndrome than to play blind and act like you’ll be invincible because you’ve figured it out. Even in the case of a smart lifter with solid programming, it’s more or less inevitable.

Instead of being blind to it, it’s better to be prepared. Be ready to manage these issues as soon as they surface by having a good regimen of mobility work and an adept practitioner of chiropractic or massage in your corner for regular tune-ups.