"I wanted my back muscles to bristle with power," Arnold Schwarzenegger said about his preparation for his role as Conan the Barbarian. "If my back is writhing and rippling during fight scenes, the public will know that I am a rugged fighter."

Writhing, rippling, dense layers of muscle, all tapering down into a tight waist. Arnold really nailed it.

If you think about it, a massive, symmetrical back defines a bodybuilder and avid weight trainer. For modern physique competitors, the contest is often "won from the back" as the saying goes. For regular gym rats, a good back is what separates the truly dedicated from the truly pathetic.

A great back has two main qualities: thickness and a V-taper. That means you need to do both horizontal pulling (row-type exercises) and vertical pulling (pulldown or pull-up type exercises). A common mistake among beginners is to do one but not the other. A common mistake among advanced trainers is to do both movement patterns, but overemphasize one over the other, creating imbalances and a weird, mutant-like look that prompts small children to point at you and laugh.

To help both groups, we've put together some of our staff's favorite rut busters, gap fillers, and foundation builders for the back.

It's time to get your barbarian on!

1 – The Gymnast's Extended-Set Back Routine

Back in the 70's, Arnold popularized a lat training program that involved doing a massive volume of pull-ups. Basically, he suggested you do 50 strict, wide-grip pull-ups, regardless of how many sets it takes. At the end, you might be getting only one or two reps per set; didn't matter, as long as you reached 50 reps total.

Modern strength and hypertrophy experts, most of who agree that anyone worth his salt should be able to do at least 12 full-range pull-ups, have echoed this theme. But the thought of higher-volume pull-ups confounds two groups of lifters: the weak newbie and the experienced trainee with a high body weight. The good news is, both can build a powerful set of lats with this program from Charles Poliquin.

"Many athletes and bodybuilders who claim that they can never really 'feel' their lats will be 'feeling' them for several days after this program!" says Poliquin.

The idea is do as many reps as possible with one grip position, rest a little, then do another set with a new grip position, rest, and repeat several times. You start with the grip position that's the toughest for most people. That way you're fresh and can do more reps. As you progress through the sets you'll fatigue, but you'll use "easier" grip positions at which you're naturally stronger. 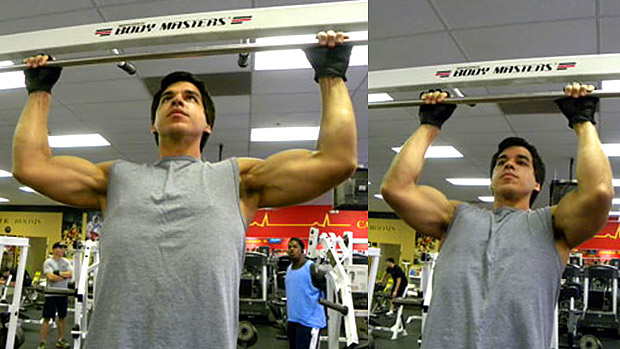 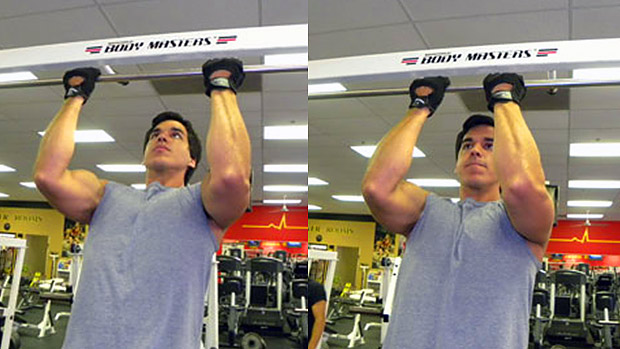 Even if you're a newbie or have a high body weight and can only get three reps per position, that'll still give you 12 total reps per extended set. As a bonus, after a few months of the gymnast's routine, your lat spread will be so wide that you'll be able to jump off the roof of your house and glide to the grocery store, which will save gas in this troublesome economy. 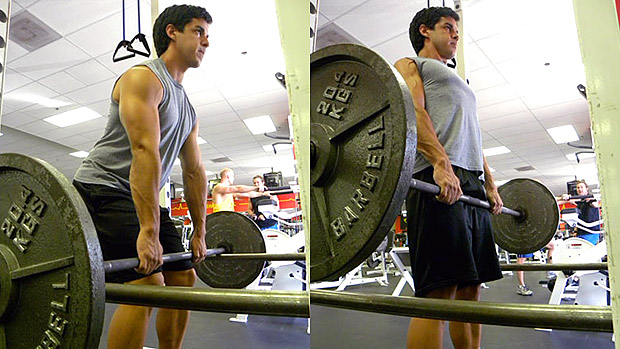 You do your pulldowns and pull-ups. You do your rows. So your back training is covered, right? Well, if you're like most people, you'll discover you've been missing something after you begin performing rack pulls. This lift builds a brutal upper back and traps!

To perform, place a bar in a power rack so that it sits just above knee level and load it up with every plate in the gym. (Okay, maybe not every plate, but you can go very heavy on this one.) Now perform just the "top" of a deadlift. Coach Christian Thibaudeau recommends that you hold for two seconds at lockout before lowering the bar back to the pins.

You may also want to take a tip from coach Mike Robertson and perform the rack pull with scapular retraction. In Mike's version, you'll set the pins in a power rack to a point about an inch below your kneecaps. From here, just do a top deadlift: fire your heels into the floor, thrust your hips forward, and lock out the bar with a glute squeeze.

Here's the kicker: When you've locked the bar out, pull the shoulder blades together forcefully and maintain this retracted position for three seconds.

This is a phenomenal exercise for upper back thickness, forearm and grip development, and deadlift lockout strength. And while we normally don't recommend that you overuse lifting straps or hooks, feel free to break them out on the last couple of sets of this exercise so you can really focus on the heavy load. 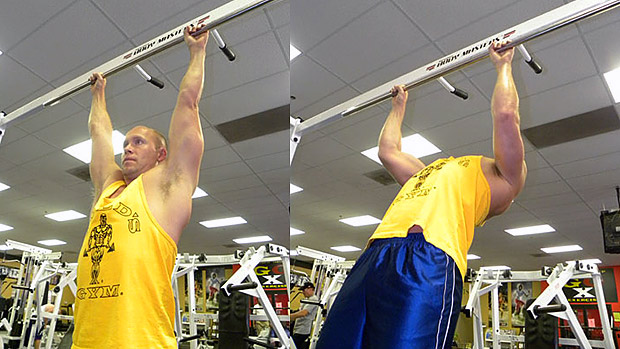 Here's one for advanced lifters only. Newbies need not apply!

We learned of the sternum chin-up from Poliquin, but it was first introduced by Vince Gironda many moons ago. Why haven't you ever seen it performed in your gym? Because most people simply can't do it. It's that tough.

This variation of the chin-up involves leaning back throughout the entire movement.
The lower portion of the chest is what will actually touch the bar. You can use either a supinated or pronated grip, and the grip can vary from narrow to shoulder-width (the latter being more indicated for the stronger trainee).

Poliquin explains the lift: "As you pull yourself to the bar, have your head lean back as far away from the bar as possible and arch your spine throughout the movement. At the upper end of the movement, your hips and legs will be at about a 45-degree angle to the floor. You should keep pulling until your collarbone passes the bar and your sternum touches it. By the time you've completed the concentric (lifting) portion of the movement, your head will be parallel to the floor."

This exercise works more than just the lats. It also creates a great overload on the scapular retractors. The beginning of the movement, however, is more like a classical chin, while the midrange resembles a pullover motion. Finally, the end position duplicates the finishing motion of a rowing movement.

In other words, yeah, you're gonna be hurtin' for a few days after you try this one! 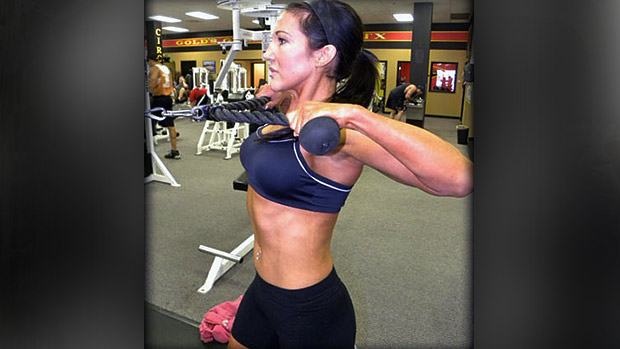 Bill Hartman, physical therapist and strength coach: "Face pulls are the most underrated exercise in all of strength training!"

Chad Waterbury: "Face pulls and more face pulls. That's probably what you need. It's definitely one of the most underrated upper body exercises. When you do it correctly you'll strengthen your rhomboids, traps, and external rotators."

Not only do Hartman and Waterbury concur, the face pull has found its way into the programs of Poliquin, Dave Tate, Joe DeFranco, and just about every other muscle-building expert you can throw a bottle of aminos at.

Which begs the question: If you're not doing face pulls, what the heck is wrong with you?!

We think the face pull is one of those neglected exercises that not only leads to size gains, but also acts as a corrective movement to fix those I-benched-too-much-in-my-youth issues. It's also great for curing computer-geek posture.

Here's how to perform the basic face pull, courtesy of Mike Robertson: "Face a pulley machine and grab the rope with an overhand grip. Pulling through the elbows, take the middle of the rope in a straight line towards the bridge of your nose. The key is to make sure you fully retract the shoulder blades at the midpoint, squeeze, and then return to the starting position."

Lots of variations here. DeFranco likes pulls to the throat, but you can also pull to the forehead to target a slightly different area of your upper back. You can also perform them seated or standing. And while an overhand grip is standard, many prefer the neutral grip.

Whatever you choose, the face pull might be the "missing ingredient" in your recipe for a big back! 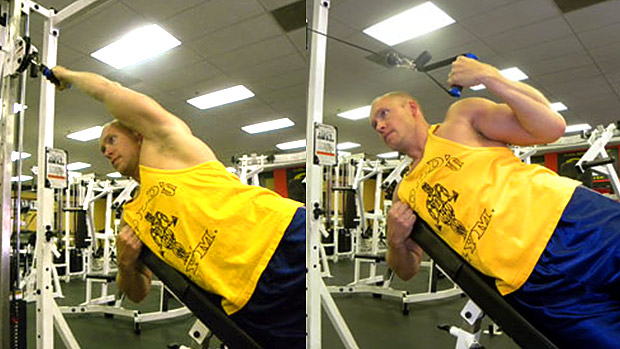 We love the big foundational movements like heavy rows and pull-ups, but every once in a while a "new" exercise comes along that really sparks fresh growth. The cobra lat pulldown we learned from Coach Thibaudeau is one of those movements.

"When you stretch a muscle you increase its activation potential. So, this exercise is a very good one for those who have problems activating and stimulating the lats," says Thibaudeau.

Here's how to do it: Lie down sideways on an incline bench (around 45 degrees). Grab a single handle attached to a high pulley, making sure that you fully stretch the lat at the top of the movement. Now, pull the weight so that your elbow is moving toward your hip area. Squeeze the peak contraction and return to the stretched position. 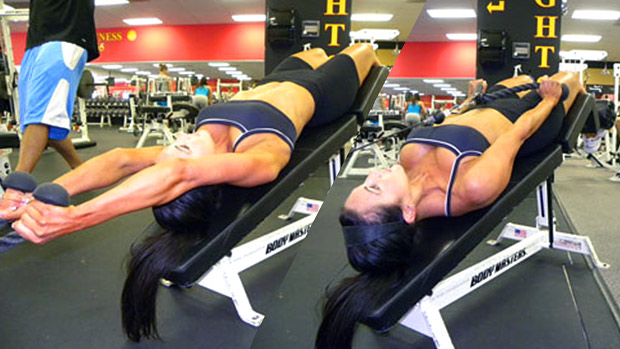 Many Golden Age bodybuilders swore by the Nautilus pullover machine for building a powerful upper body. The pullover was as common as the bench press and the row. Sadly, most gyms these days don't even have a pullover machine, and those that do pale in comparison to the old Nautilus machine.

Thibaudeau, a big fan of the older pullover machines, has struggled for years to replicate their effectiveness. Here's what he came up with: the cable pullover.

Thibs explains it: "The set-up for this exercise is a bit tricky. You'll have to set up a decline bench in front of a low pulley station with a triceps rope attached. Lie down on the bench so that the rope is above your head.

"The starting position has you in a fully extended position. You perform the exercise by executing a pullover motion (keeping the arms straight) focusing on your lats the whole time. Really emphasize a wide pullover arc – this will hit the lats the hardest.

You lower the weight slowly, again in a wide arc, and return to the fully stretched position. Hold the stretched position for one or two seconds to get rid of momentum and to increase hypertrophy stimulation." 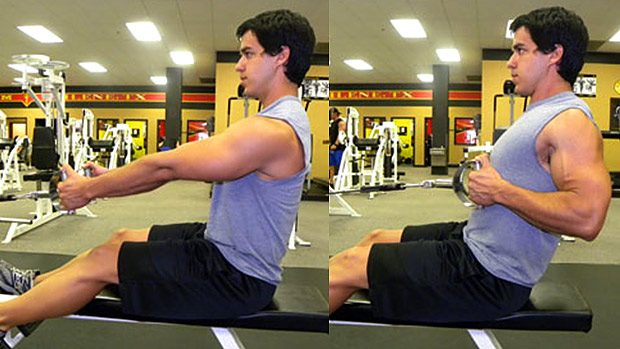 Sometimes it's not a new-fangled exercise you need to explode your back; it's a new technique.

One such technique is using a variation of the isometric (i.e. holding a load in place without moving it). You can recruit up to 10% more muscle fibers during an isometric contraction, and as Thibaudeau and other bodybuilding experts have noted, the back responds especially well to isometrics.

Here's a Thibaudeau routine that turns the standard cable row into an isometric torture session:

For this movement, hold the peak contraction for a certain period of time on each rep. To adjust to the fatigue level, the duration of the hold is decreased with each rep.

Two or three sets of this should do nicely. And by "do nicely" we mean make you cry like a little girl in a frilly pink dress holding a lollypop.

And if you like that, you can use the exact same iso-dynamic technique for the pulldown. Ouch.

Remember, for a barbarian back, use a foundation of heavy compound exercises that target both planes of motion: vertical and horizontal pulling. Then ramp things up with new plateau-busting exercises and training techniques for ultimate back development! Crom!

Did you design your own workout plan? Well it's probably missing a few things. Here's how to kill your weaknesses, fix imbalances, and beef up those chicken legs.
Powerlifting & Strength, Training
Tony Gentilcore May 31

Still doing ordinary shrugs for trapezius development? Ready to crank it up a notch, build some trap size, strengthen your thoracic erectors, and train your stinkin' core? Then add overhead shrugs to your program!
Training
T Nation August 17

Here's a simple progression method that works every time, yet most people have never tried it.
Bodybuilding, Tips, Training
Charles Staley March 7 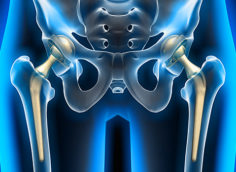 Move better and lift more weight. Use these drills to get you there.
It Hurts Fix It, Training
Dan North July 16