Exercises aren't contraindicated – people are. That means it's on us to choose the right exercises for the right body type, injury history, and goal. But there ARE a few commonly botched exercises that are inexcusable, and that transcends simply not having the right "build" for it.

They're either not good for your health or they're a senseless waste of energy. Are you performing any of these silly movements? 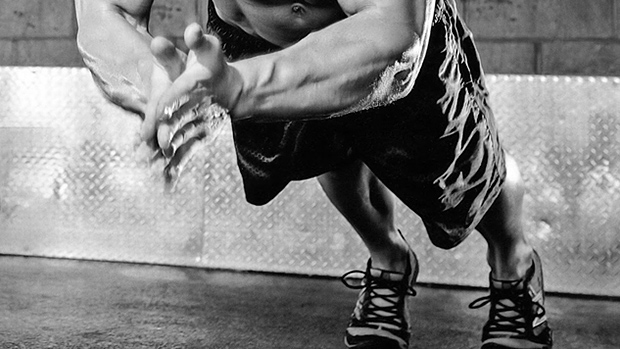 When it comes to plyo push-ups, lifters often think they're "sealing the deal" with each rep by clapping their hands after takeoff. I get it. To have the time to clap implies that you've really gotta push off the ground pretty damn far.

But it only takes one missed rep or misjudgement of power and timing to severely injure yourself. No one wants a broken finger or sprained wrist.

Now, no one is saying you can't do plyo push-ups. Making the simple modification of foregoing the clapping part and just getting some air while preparing for a solid, sturdy landing is the smartest thing you can do for your safety.

Do them on a mat or turf surface rather than hard flooring. No one needs all of that impact. 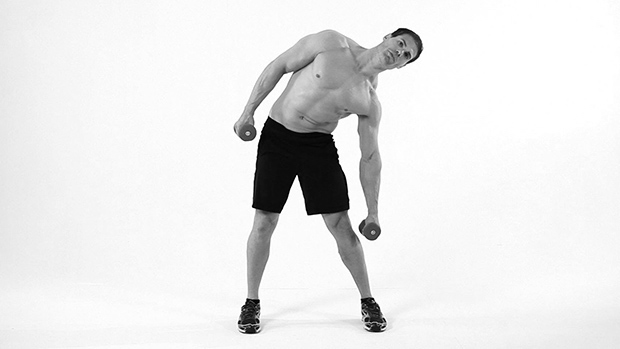 2 – Side Bend with TWO Weights

I'm not a fan of the standing side bend for oblique activation in general. Since the action of the obliques is geared much more toward rotation and resisting rotation, the lateral flexion you create by doing side bends doesn't exactly match the role of the target muscles.

Doing them by holding 45-pound plates or dumbbells on both sides of the body while bending in both directions is even sillier. The weight of the plate on one side simply negates the overload to the other side, which defeats the already minimal purpose of this exercise.

If you insist on doing it, do it properly. Use one dumbbell or weight on just one side and lean toward it. Then go back to the starting position. It's just logic, folks. 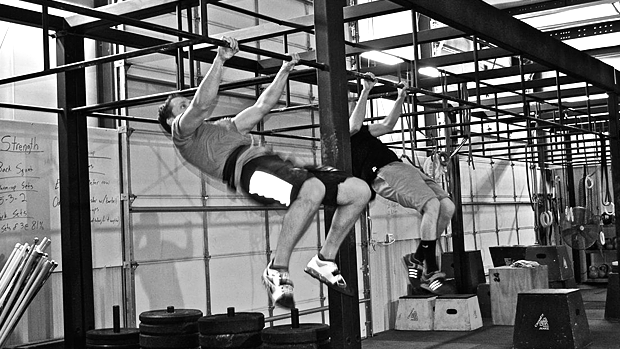 Though popularized by CrossFit, the kipping pull-up is one movement that needs to die. Sure, in a CrossFit competition, athletes have to do it in order to win. But high-level competitors have mastered the strict pull-up first.

Most people, however, are just kipping because they're not strong enough to do strict pull-ups... and their shoulder joints are getting wrecked.

A hanging exercise may allow you to get into a decent position in space, but that can be largely due to the traction you're placing on a joint thanks to gravity – not because of your actual mobility. It's worse if you have poor posture to start, especially through the upper spine. Here's some info on that:

When you add a kip pattern, the hands are being forced even further back behind the body to start your concentric (lifting) action. I can only imagine what expletives a shoulder's labrum and rotator cuff would be shouting at the rest of the body during repeats of kipping pull-ups.

If you want to sustain your health, learn how to do pull-ups strictly as you become more mobile, even if it takes a much longer time to get there. 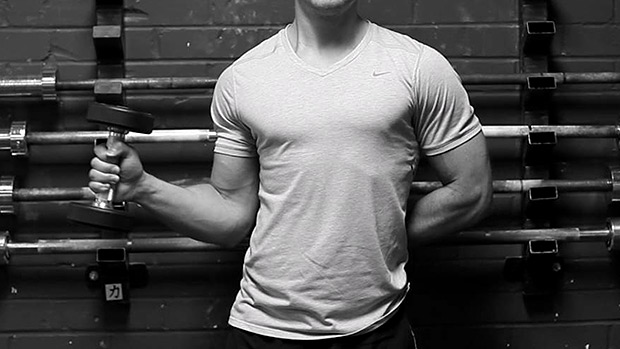 Speaking of the shoulder joint, this one's just plain dumb. It's physics, ladies and gentlemen.

When a lifter holds a light dumbbell while standing and does some external rotations with that dumbbell, the intent is usually to warm up the shoulder or rehab/prehab the rotator cuff.

The truth is, doing something like this with a dumbbell makes the movement a prisoner of gravity. The force is travelling down, making the biceps the prime mover in holding the weight up – not the shoulders.

In the world of isolation training, it's imperative that we find a resistance that opposes the direction of contraction of the target muscle. In the case of shoulder rehab, the answer will rarely ever be found in the form of dumbbell work. Instead, it'll be found in the world of cables and bands.

Setting up for a true horizontal pull pattern that services the rotator cuff means positioning a band or cable pulley at torso level and lifting from there.

Doing that will make a world of difference that doesn't just fatigue your upper arms or deltoids first. It's surprising to me that people don't feel the fatigue in the wrong places when they make this mistake and react accordingly. 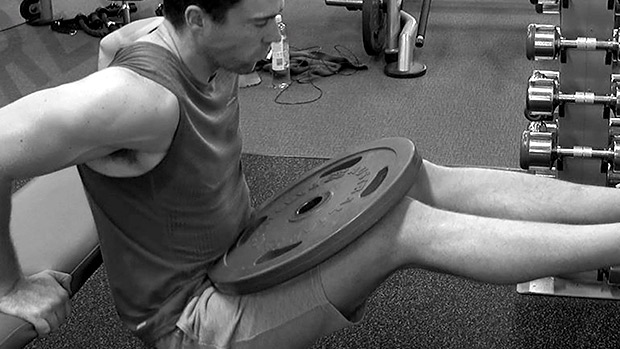 The bench dip is still commonly used, even amongst trainers who should know better. A lifter suspends himself across two benches while his trainer or lifting partner loads several 45-pound plates across his lap.

Aside from the obvious risk of slipping off the edge of the bench, I'm not a fan of this exercise because the set position requires the palms to be down on the bench, resulting in an internally-rotated load-bearing position at the shoulder joint.

For most people, that's not good news, especially when combined with crappy posture. What's worse is that changing the movement doesn't help. It doesn't matter how high you push your chest up; it's about the position of the upper arm relative to the clavicle.

Giving the shoulder the chance to roll the head of the humerus behind the collarbone where it belongs while safely bearing the load (which is much easier to accomplish using parallel bars) should be the name of the game.

Making the switch to free hanging dips – even if it means having to use bands or a Gravitron machine if you're not strong enough – will leave you better off. Your shoulders will thank you.

I competed in track and field as a sprinter and jumper at the university level. I had four to five practices per week and had several competitions around Canada between the ages of 18 and 21.

In all that time, I can only remember a handful of practices where my coach asked us to sprint at absolute maximal speed, let alone for repeats.

Look, if you're reading this, chances are:

So where do you get the idea that it's safe to go balls-to-the-wall on the track, sprinting like you stole something on every repeat of flying 80's (a track term meaning a hard, 80-yard sprint with a flying start, as opposed to starting off blocks)?

Remember, running at 85 or 90 percent of your max speed is still sprinting. Do yourself a favor and take it down one notch. Also, if you're exploding from a dead stop each time, switch to a falling or rolling start, like this:

Those modifications can help prevent unwanted strains, especially to the hamstrings.

The goal isn't to break the world record or to qualify for the Commonwealth games. The goal should be to be athletic, burn some fat, and raise your metabolism.

The lifting greats knew how to get strong long before drugs and long before science came along to prove their methods. Here are their best secrets.
Bench Press, Deadlift, Powerlifting & Strength, Training
Christian Thibaudeau December 8

The scale is just one tool for evaluating your progress, and not even a good one. Here's what you need to know.
Tips, Training
Paul Carter October 4

There's a lot to pay attention to when you squat, but one training method gets everything working correctly. Check it out.
Powerlifting & Strength, Squat, Tips, Training
Joel Seedman, PhD May 21
But wouldn't it have been nice if we would've had a mentor, some experienced lifter to teach us how to squat and eat right? He would have saved us from years of slow gains.
Training
Chris Shugart November 5