When to Change Exercises and How Often

When considering the various elements of your training, the topic of when or how often to change your exercises is often the subject of confusion.

Should you just find the "best" exercises for you and do them basically ad infinitum, perhaps with regular changes to set/rep brackets? Or are you better off changing exercises daily, weekly, or monthly? Further, do you change only some or ALL exercises?

Here are some guidelines to make good decisions about this important programming variable.

There's a phenomenon known as "adaptive resistance" that plays a big role in the need to change exercises over the course of a training career. Remember the first time you squatted? You might have only done 95 for 3 sets of 10, but holy crap, the next morning you almost tore yourself a new one trying to sit down on the toilet!

Those squats were a new experience for your body, which regarded them as a serious threat even though you had less than 100 pounds on your back. These days, maybe you're squatting 350 for sets of 10, but the next morning? Meh, not so much. After years of squatting 2-3 times a week, your body reacts will barely a yawn.

That's adaptive resistance, and it occurs over much shorter timeframes as well. Imagine that you haven't done Romanian deadlifts (RDL's) for several months, so you program them for your next training cycle. First time out, you're weaker than you expected and you're sore the following day.

The following week you're able to add 20 pounds to the bar, and while you still had some soreness the next day, it wasn't nearly as much as the previous week. Week 3 you add 10 pounds, and next day, no real soreness. By the fifth week, you can't add weight anymore, and you've got no delayed onset muscle soreness (DOMS) the next day. Time to sub out RDL's for something else because your adaptive mechanisms are giving you the bird.

Bottom line: Each successive week that you do the same exercise, the benefits decrease while the drawbacks (the risk of overuse injury in particular) increase.

Training is always about identifying the logjams in your overall plan and then finding solutions to those weaknesses in the form of new exercises designed to correct the problem.

Maybe you used to have trouble at the lockout portion of your bench, so you spent 8 weeks bringing up your triceps strength. Now, lo and behold, your new sticking point is close to your chest. This new (and constantly evolving) scenario suggests the need for more pec work, which means you'll drop a few triceps moves in favor of additional pec work.

Weaknesses don't always take the form of weak muscles. You might have technical weaknesses (very common with the Olympic lifts), mobility issues, crappy work capacity, or other holes in your overall game.

Keep in mind that there's no perfect training plan that eliminates the occurrence of weak points. All programs have strengths and shortcomings, so you'll always need to make minute adjustments to the steering wheel as you drive down that road.

Okay, so you just wrote up a new 6-week training plan that you're going to start on Monday. (All new diet and training plans start on Mondays. Don't ask me why, that's just the way it is.) Sure enough, that new chest exercise you programmed for Monday hurts your shoulder right out of the gate.

A lot of lifters would just stick to the plan and grind through the pain. But if you're smart, you'll make a substitution right then and there.

Don't let these annoying circumstances take you by surprise. When you start a new program containing new or unfamiliar exercises, expect that you might run into a problem or two and have a " Plan B" ready to go for any exercises that you're suspicious about. This simple tactic will dramatically lessen the frustration you'll experience when unexpected problems arise.

A similar scenario can take place when, over a period weeks, an exercise gradually goes from feeling great to feeling kinda uncomfortable, and then to feeling downright painful. Don't ever let things degrade to this point. In fact, even if an exercise still feels fine, as a matter of principle, don't perform any exercise for more than 12 straight weeks without at least some minor modification.

This might be as simple as taking a slightly narrower grip on your bench, adding a pause at the bottom of your squat, doing pulldowns with a V-handle rather than a straight handle, or switching grips on the row.

Not all exercises are equally appropriate for all rep ranges. That's why no one ever does lateral raises for heavy triples or low-bar squats for sets of 20. This means that when you switch from say, a hypertrophy phase to a strength phase, you'll need to change at least some of your exercises.

In general, dumbbell, cable, and bodyweight drills tend to be most suitable for higher-rep excursions, while barbell and some machine exercises are often better suited for low-rep training.

If you're a powerlifter who decides to do a physique competition, you'll need to make some significant changes to your exercise menus.

Or, maybe you're a bodybuilder who comes to the conclusion that you're placing low because your calves suck and you decide to do a prioritization phase for calves. This means that you might need to temporarily eliminate some other exercises to accommodate this shift in priorities.

If you suddenly decide you'd like to be super lean for once in your life and you've been doing a block of strength training, you'd be better served by switching to a hypertrophy phase to prevent the loss of muscle mass while you're dieting. This requires some changes to your exercise menus.

Any time your goals change, so must your methods. This point is obvious enough, but I wanted to include it for the sake of completeness.

Despite our best efforts, we often find ourselves in a rut and we end up narrowing our exercise choices unnecessarily. It's generally a good thing to periodically try new things, even if your current exercises seem to be working well. You never know, you might stumble upon something really valuable. 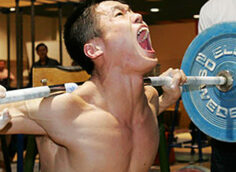 Got barely enough time to check your email? The T NATION coaches serve up some savory knowledge about calf training, quick, fast, and in a hurry.
Calves, Training
T Nation December 4 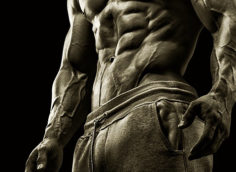 Big and tall guys have lousy leverages. They need to do core exercises tailored to their size. Check these out.
Bodybuilding, Training
Lee Boyce September 27 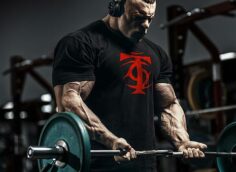 Here's a workout split most people have never tried. Too bad, because it makes a whole lotta sense.
Christian Thibaudeau June 6