I've done almost everything you can do to build a body – Olympic lifting, bodybuilding, powerlifting, strongman training, gymnastic work, sprints, you name it. So when it comes to improving the way the body looks and functions, I have a very large toolbox to draw from.

However, despite my diverse training repertoire, everything I've learned comes back to a handful of rules and principles. Break them and progress stalls, or never really starts at all. Here are the three main mistakes to avoid if your goal is to build a high level of muscle and strength.

1 – Focusing on minor isolation exercises instead of big, compound movements. 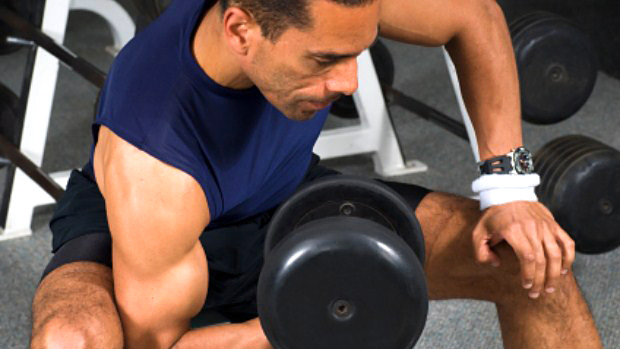 Look at the most successful bodybuilders, strength athletes, and power athletes in the world and you'll find that the foundation for their training consists of a handful of basic exercises.

What about successful bodybuilders? They use a slightly broader exercise selection, but the foundation of their training also consists of the big basic lifts.

The point is, if you want to go from average to large and muscular, then you should spend most of your training energy performing sets of the basic movements.

Granted, they weren't massive like the bodybuilders, but they were muscular, lean, and very strong and powerful. Not only that, they maintained their look year-round without severe dieting, anabolics, or living like monks.

None of them did much, if any, isolation work. They all built their muscle mass through big compound movements and became very strong on them. And they didn't look blocky or unaesthetic due to the absence of "finishing" exercises.

The fact is, most frustrated lifters are limiting their gains by majoring in the minors. Your body has a limited capacity to recover and adapt to training. In Soviet literature this used to be called adaptation energy/reserve. I call it "training money."

Your body has a limited amount of money that can be invested. When you exceed what you have to invest, you run up a debt, and sooner or later you'll be forced to pay up! This means that if you make it a habit to exceed the amount of stimulation that your body can grow from, while it might work for a week or two (supercompensation training blitz), eventually you won't make progress.

This is why I don't believe in spending a lot of energy on isolation work. To me it doesn't make sense to take money away from the big lifts to invest in exercises with an inferior return – at least not while your focus is on gaining as much overall strength and mass as possible.

When you get so strong on the big basics that investing more in them won't give you a great return, then sure, invest elsewhere. But the fact is, until you're brutally strong on a few big basic lifts, your best gains will be from getting strong on those movements.

Learning the optimal technique to perform a movement allows you to:

Sadly, few people learn the best way to perform an exercise. I'd say that 80% of the gym population can't execute something as simple as a lateral raise or lat pulldown properly. Can you imagine the lack of competence with something more complex such as the squat, deadlift, or high pull?

When you lift to build big muscles and an impressive physique, the weight is just a tool. Yes, adding more weight to the bar is important because that enhances the amount of growth stimulation placed on a muscle, but the way you do an exercise is what dictates whether you're directing that training stimulation on the proper muscle/structure. 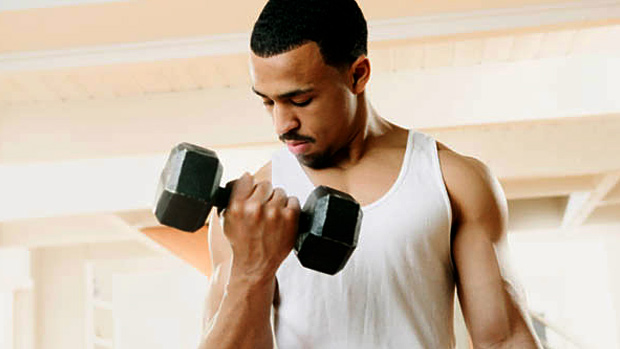 Training very hard is the secret to mind-blowing improvements, but almost nobody trains as hard as they think they do. Very few people train hard enough to cause their body to change. And the more advanced you are, the harder you need to work.

This is something I had to learn the hard way. I used to confuse "doing a lot of work" with training hard, and over the years the amount of effort I put into each set slowly eroded, which I'd compensate for by doing more sets.

The problem is, this gave me too much of the wrong thing (garbage sets) and too little of the right things (intense effort). In short, I never got out of my comfort zone.

My wake-up call occurred when I went to Ohio to watch Dave Tate and the EliteFTS crew train. At the time I was confident that I'd fit in – I had a 445-pound raw bench press at about 215 pounds – and I (foolishly) considered myself a "hard training" lifter.

What a reality check. After watching Tate's guys go at it – the raw intensity, the crazy state of mind, and the no-fear attitude – I felt like joining Planet Fitness.

Another mentor who helped me understand this is Tim Patterson. The last time I was at Biotest headquarters, Tim told me that it would be cool to film something "spectacular" in the two weeks before I left, like a 180-kilo (396-pound) snatch-grip high pull. That sounded great, except that at the time my best snatch-grip high pull was a shaky 125 kilos (275 pounds).

A 120-pound gain in two weeks? Not possible, right? Well, the boss seemed to think it was, and since I didn't want to let him down, I trained as if my life depended on it.

So every day for two weeks I did heavy pulling sets and overloaded with low pulls, focusing on adding more and more weight while not exceeding 40 minutes per workout, max. What this did was redefine what "hard work with a heavy weight" was for me. Every damn day, I forced myself to handle heavier poundages, going way outside my comfort zone until I was able to hit 180 kilos on the last day.

The big PR was nice, but what those two weeks really did was completely change my perception of hard work. It made me realize that what I used to think was a 10 was really about a 6 at best. And if I need at least an 8 to get maximum gains, it's easy to understand why I was having such a hard time making real progress!

Getting bigger and stronger can get complicated, and it's tempting to keep adding more tools to your ever-growing training toolbox. Just don't lose sight of the big picture, because you'll progress exponentially faster than the masses if you understand and respect a few simple rules.

Supersets can help you gain more muscle in less time, but only if you know how to pair the perfect exercises.
Bodybuilding, Training
Eric Cressey May 3

Yes, this is a safe exercise... if you do it right. Here's exactly how.
Exercise Coaching, Tips
Christian Thibaudeau February 1