Who Is Bill Pearl?

You may not know who Bill Pearl is, or realize his impact on the whole industry. I like to explain it this way: Bill Pearl was Arnold, before there was Arnold.

Bill Pearl was bodybuilding’s first true crossover superstar. And his early books should be considered required reading even today, especially “Keys to the Inner Universe.”

I met Bill in the summer of 1989 while I was working at the prestigious Muscle Camp in Los Angeles. My job was to open up the one-of-a-kind gym every morning. I’d get there at 4:30 AM and I can still remember how it took the floodlights about 15 minutes to fully kick on.

Half the time I’d be warming up in darkness. I pretty much had the place to myself… until Bill Pearl started coming in right about the same time. When I introduced myself, he shook my hand and said, “It’s been a pleasure watching you work out.”

That was something that stood out about Bill Pearl. Even with the enormity of the shadow he cast, he always made you feel like YOU were the most important person in every conversation. I told Bill that if he had any advice for me I’d love to hear it. Luckily, he had plenty.

He imparted the following lessons to me over 30 years ago, but they’re lessons you can and should put to use today. 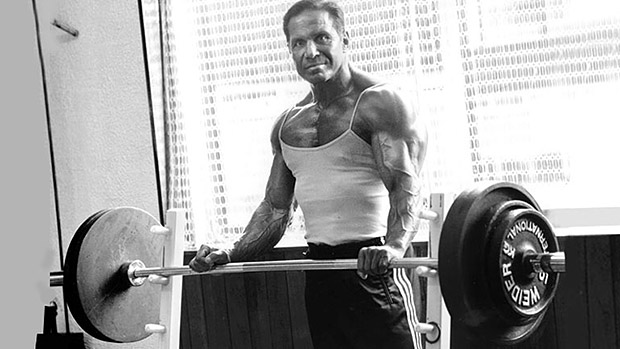 The next morning Bill pulled me aside and asked me, “Scott, what are you trying to accomplish in your workout?” To this day I remember not being able to give Bill a reasonable answer beyond some sheepish, kindergarten-level reference to what body part I was training.

He told me I looked like I was working out like I had something to prove, but each workout should instead be about accomplishing something specific, beyond numbers and beyond efforts expended.

He was right. I did train like I had something to prove. Since I wasn’t as strong as other bodybuilders of my size and caliber, I always aimed to out-train them. It was something Bill spotted right away. Rather than working out to build my pecs, for example, I acted like I was working to increase my max bench.

It was a lot like the guys you see in the gym every week who start with bench press with the same weight, same reps, and same bad form – one guy holding the bar pretty much doing upright rows while the bencher does a hip bridge with every rep. And all their follow-up exercises are chest exercises.

Ask them what the hell they’re trying to accomplish and they can’t tell you.

And we’ve all seen the guy with pipe cleaners for legs load up the leg press with 10 plates per side and move the sled an inch or two. That’s training with something to prove (exactly what, I’m not sure) instead of wanting to accomplish a specific goal.

It might have been because of training partners encouraging them to get more reps, even though their form was breaking down; or lifters adding more weight to the bench or squat or other risky exercises just to keep up with a training partner or a bad personal trainer’s expectations. All of that stuff led to bad outcomes. 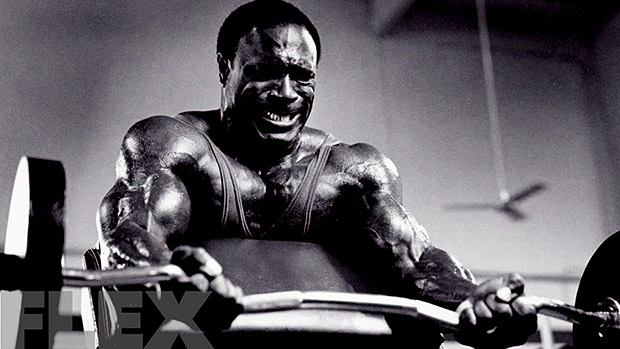 2 – Learn by doing, but also by observing.

At that time, the Mr. Olympia contest was right around the corner and top pros were coming into Muscle Camp to work out.

One morning Bill asked me to meet him at the gym when it was the busiest. Puzzled, I agreed. I met Bill and the gym was packed with people and some top pros, including the reigning Mr. Olympia, Lee Haney.

I remember wondering what kind of workout Bill was going to put me through, but when I got there he told me that we were just going to watch – watch everyone – from the regular gym goers to the top-tier pros and amateurs. At first, this was a disappointment, but I gradually saw his intent.

Bill would point out someone training and ask me to explain what I saw. At one end of the gym was a top wannabe Olympia competitor bench pressing with a training partner. He was struggling, like really struggling, to get up a couple of reps of 305 pounds.

His form was horrible and his training partner helped him eke out a couple of forced reps. This already had me shaking my head because just a couple months earlier, one of the top magazines had shown this same guy benching four plates per side – obviously some fake weights were involved there.

In another corner of the gym, Lee Haney was training back and shoulders, and I’ll never forget the image. I hadn’t really ever seen anything quite like that before.

With Haney, there seemed to be a weird sort of symbiosis between the barbell he was using and his own body. Unlike this other Olympia competitor, you couldn’t tell where the implement started and where Lee’s body started and finished. They seemed to work together as a single unit.

More importantly, Lee seemed to be training incredibly “light” compared to the other guys. He only had 185 pounds on the bar for bent-over rows, and when he started his behind-the-neck presses for shoulders, he only used a 35-pound plate on each side and only added 10-pound plates as he progressed.

He was training hard but he didn’t seem to be straining. His pace was even and purposeful. It was all harmonious and rhythmic to witness, especially in comparison to all the other people training.

That night, Lee Haney conducted a Q&A for all the people attending Muscle Camp and I asked Lee why he seemed to be training so light earlier that day. His answer made it seem like he’d been eavesdropping on my conversation with Bill:

“Listen, I don’t come to the gym to impress YOU or impress anyone else with how much I can lift or how hard I train. I come to the gym with something to accomplish and when I do that, I’m done. I listen to my body, and I train in accordance with it.”

Haney had just said almost exactly what Bill had told me (lesson number one). Haney even used the same words, saying he was there to “accomplish something, not to prove something.”

If you take these observations to the next level and ask yourself why that exercise you’re watching is right or wrong, you start teaching yourself real-world value that you can learn from and apply any time. 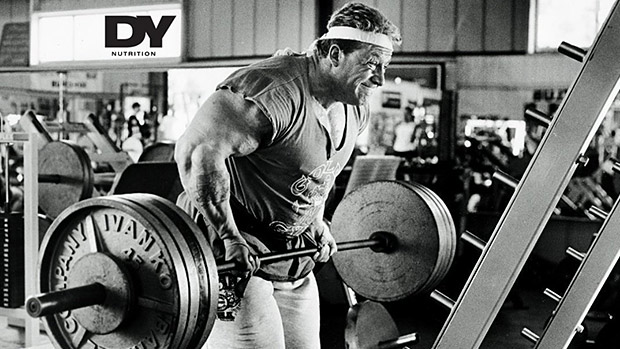 3 – Train the muscle, NOT the movement.

Bill asked me if I had favorite exercises for each body part. My answer was, of course, yes. Bill told me to double down on those exercises no matter what trends came and went. It made no sense to Bill to slave over exercises you couldn’t feel in the target muscle.

These alleged strength experts fawn over exercises like bench press and tell you how many chins you should be able to do, and they emphasize how important these specific movements are.

But strength experts aren’t experts in physique development like Bill or Haney, or like Dorian Yates. In the 90’s, Dorian burst onto the bodybuilding scene with a new level of freakish development and his exercise selection underscored this principle of “train the muscle, not the movement.”

Take the lat pullover machine, for example. Up until that time, that piece of equipment sat around in most gyms gathering dust. Dorian single-handedly made that machine popular again. He also popularized the reverse-grip 45-degree bentover row, an exercise that few people were doing.

But here’s the thing, like Bill and like Haney, Yates explained that he chose these exercises and performed them the way he did because they targeted the muscles he was working – on each and every rep.

Did young lifters learn the right lessons from this back then? Not really. Most unaware trainees just went out and started doing the lat pullover machine (if they could find one) and reverse-grip bent-over rows at 45 degrees. They went right to “training the movement, not the muscles” without considering the “why” behind Dorian’s exercise choice and exercise form.

They missed the whole point of proper exercise selection. Contrast that with someone like myself. I stayed with a more or less 90-degree bent-over row my whole career because that’s what allowed me to feel the movement most. Similarly, because of what Bill taught me, I eventually abandoned the bench press because other exercises overloaded my pecs more efficiently.

Also, “train for strength and development will come” is an industry-wide generational MYTH that’s completely ill-informed and upside down. If you really want to focus on balanced physique development, and especially if you’re a natural bodybuilder, then the proper equation you need to embrace is “train for development and strength will come.”

Learn from a legend. I did. And it helped forge a four-plus decades long career for me in the physique transformation game.