Over my more than three decades of coaching and training, I’ve identified 10 key factors that characterize an optimal training week. While there’s certainly some “wiggle room” with these recommendations, your current training week shouldn’t look significantly different.

This training week, or microcycle, generally encompasses everything you do in that week, including all the exercises, along with the sets, reps, and other parameters you apply.

If you’ve constructed a solid training week, your mesocycle (typically lasting between 4-6 weeks) will deliver maximum results. If, on the other hand, your training week sucks, thing will get progressively worse. Let’s dig in.

Sure, you hear about guys who lift 6 or 7 days a week. But if you look at what the research says about the subject, and if you examine what most successful lifters actually do (the ones who have “real” lives with a job, family, and interests outside of the gym), you’ll see that 3-4 lifting sessions per week is the sweet spot.

The three days per week strategy usually works best with whole-body workouts, while training 4 days usually lends itself best to an upper/lower split. Either way, the goal is to be able to train each muscle group between 2-4 times per week (more on that a bit later), and both of these strategies allow you to accomplish just that.

2 – In each workout, do 3-4 compound movements and 1-2 isolation exercises.

A recent study supports my long-held observations here (1). It’s one of the very first well-designed papers that compared multi-joint versus single-joint training while controlling for overall volume.

It found that, over eight weeks of training, multi-joint training produced larger strength gains, larger increases in aerobic fitness, and likely bigger improvements in body composition than volume-equated, single-joint training. Isolation moves have their place, but they shouldn’t exceed 25% of your total exercises for the workout.

Obviously, the smallest possible number of sets you can perform per exercise/per session is 1, as explained in the article, Do One Set for Arm Growth. And the most I’ve ever seen is 10, as described in Advanced German Volume Training.

Both serve useful purposes from time to time – the former for maintenance purposes and the latter for short-term specialization phases – but most of the time, for most people, 3-5 sets is the optimal number, assuming you’re training 3-4 times per week.

Ideally, whenever you start a new mesocycle, you’ll start with the lower end of that range on week one, and then gradually increase the number of sets you do over the following 3-4 weeks, culminating in a very tough, high volume week, followed finally by a deload week where training intensity stays high, but at a lower volume. Here’s a hypothetical 5-week mesocycle: 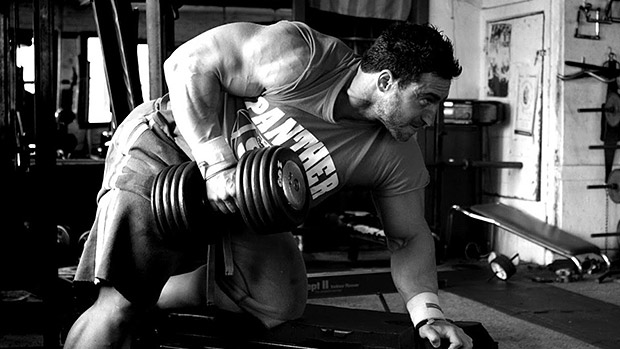 Don’t take this suggestion super-literally, but more muscle has been grown in the 8-12 rep range than all other rep ranges put together. There’s actually a very simple and convincing reason for why this is so.

Although the bulk of the current scientific research on muscle hypertrophy strongly suggests that growth is directly correlated with how many “hard” sets you perform per muscle/per week, that same research also argues that the number of reps per set doesn’t really matter much, as long as those sets are taken to, or at least near, momentary muscular failure.

So you could indeed build tons of muscle using sets of 2-3, or, conversely, sets of 20-25. In fact, many lifters have done just that. In practical terms, however, there are some very good reasons why you shouldn’t veer toward either extreme.

High rep (13-plus) sets come with only one primary drawback, but it’s a significant one: Assuming that the value of a set is hinged upon taking it to failure, it becomes clear that only the last few reps are responsible for the benefit you receive from the set as a whole.

If you do a set of 20, those first 16-18 reps only serve to get you to those last few result-producing reps. They’re necessary, but also a waste of time and energy. But if you do a set of 8, you’ll only need 5-6 reps to get you into the growth zone of that set.

Finally, there’s one additional reason to stray from the 8-12 range: If you always, or nearly always, train in that range, your body has likely habituated to that specific stressor and is likely reacting less strongly to it than it used to.

If this is the case, try venturing into the 5-7 range for a month or two, followed by another 4-8 weeks in the 15-20 range. You’ll be pleasantly surprised by the results.

5 – For every exercise, improve your numbers from the previous week.

As I outlined in 7 Ways to Scare Your Body Into Getting Stronger, progressive overload can assume many forms. You can add weight, reps, or sets. You can also progress in more nuanced ways, including tighter form, slower tempos, or greater range of motion.

When strength acquisition is the primary training target, focus on increasing intensity (bar weight), even if it sometimes means a slight reduction in volume. But when muscle growth is the goal, volume reigns supreme.

Every time you repeat a workout, do whatever you need to do to increase volume. Sometimes it’s easiest to use the same weight but increase each set by a rep or two. Other times that won’t be possible, so you’ll need to add an additional set.

It’s incredibly helpful to use a training app such as Strong or Simple Workout Log to track your training parameters from session to session and week to week.

Assuming you’re not an 18-year old obese beginner using high-dose anabolics, you probably can’t gain muscle and lose fat simultaneously. The former, after all, is an anabolic process, while the latter is catabolic.

This means you need to allow yourself to slowly gain weight over a handful of months, even though a portion of that weight will be body fat.

Then, you’ll reverse gears. You’ll impose a slight caloric deficit, which will allow you to diet off the fat you gained while still training hard to prevent muscle loss during the diet.

If you’re not at least slowly gaining weight, you’re probably not growing new muscle. This weight gain requires sufficient calories as well as an optimized macronutrient ratio. Regarding optimal macros, there are various recommendations, but don’t sweat the details.

Start your building phase with these numbers and monitor your average weekly bodyweight. If bodyweight decreases or stays the same, add carbs until the scale starts moving upward. If bodyweight increases by between .5 to 1 pound per week, you’re golden. 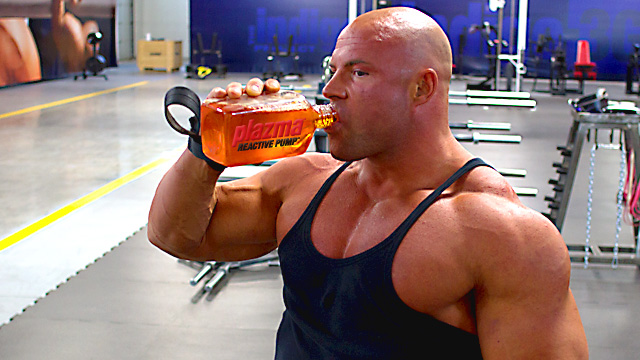 7 – Ingest the bulk of your carbs around your workout: before, during, and after.

First, many people find that nighttime carbs improve sleep quality. Second, lots of folks find themselves craving some “fun” food in the evening, and that usually translates to carbs. Lastly, by budgeting most of your carbs toward later in the day, your glycogen stores will already be topped off for your morning workout. If you’re not sure which approach is best, the only way you’ll know is to try both.

As Josh Heenan wrote in 4 Sleep Strategies for Athletes, the importance of sufficient good-quality sleep cannot be over-emphasized. While it’s possible to train hard after a single night of poor sleep, your training will suffer if you sleep poorly most of the time. Fortunately, good sleep habits are easy to learn and implement. Here are a handful:

9 – Attend to your life away from the gym.

If your calorie load is appropriate and you’re sleeping well, the only remaining significant recovery concern is stress. Financial problems, unresolved arguments with others, and social conflicts eat away at your recovery resources and your workouts will suffer.

This is why it’s never wise to be so focused on training that the rest of your life suffers from neglect. A stable, well-ordered life supports and nurtures your workouts. Money problems? Fix them. Relationship issues? Reach out and resolve them. Anything else keeping you up at night? Get it attended to.

10 – Debrief by “mining” your training journal.

Conduct a brief weekly review at the end of each week. What were your best workouts and why did they go so well? Did you have any poor workouts? If so, why?

Did you experience any pain or injuries? If so, what can you do the following week to avoid similar problems? Finally, take a quick look at your upcoming week so you can mentally prepare yourself for those workouts.

The idea is to identify the things that worked well so you can repeat those things in the future. You should also recognize the things that didn’t go so well, too, so you can avoid repeating those errors. Lastly, take time to savor whatever victories you accomplished in the gym during the week.