It's not often you see multiple cultures and multiple religions throughout history devote so much devotion, so much text, to a fruit, but that's exactly what you see with the pomegranate.

Zoroastrians regarded it as a symbol of eternal life and fertility. Ancient Egyptians associated it with prosperity and ambition, and the Buddhists considered it a sacred plant. It was designated a food of God in the Vedas, while The Old Testament believed it conferred powers of fertility, abundance, and good luck.

Much of this spiritual reverence for the fruit stemmed from its medicinal properties. Ayurvedic tradition even regarded it as a "pharmacy unto itself" and used it to treat sexual inadequacies, cardiac conditions, anemia, and cough, stomach, and urine-related issues.

It even inspired those that had intentions that contrasted mightily with religion and/or healing, as French forces under King Francis I used the fruit as a model for a new weapon of war named the grenade, which is French for pomegranate. The devices were made of glass globes, jars, kegs, or firepots, and they were filled with tiny pieces of shrapnel that were allegedly inspired by the many seeds contained within the fruit.

And while it's easy to dismiss the medical knowledge of ancient societies, it's telling when so many cultures across so many centuries noticed that pomegranate, either in its unadulterated form or through teas and tinctures, fixed things that ailed the human body.

Maybe they thought it had divine powers or that it was magic, but today we know the pomegranate's "magic" is the result of the complex array of phytochemicals it contains. Aside from its taste and versatility, the fruit is known mainly for its antioxidant powers, 90% of which it owes to the polyphenols it contains.

Tease apart that percentage a little further, though, and we find that 50% of that high-horsepower antioxidative power is contributed by one polyphenol alone, and that polyphenol is an ellagitannin (a class of polyphenols) called punicalagin.

Here's the thing: By themselves, punicalagins don't do very much at all. In fact, they're not even absorbed very well by your body. However, once they make the trek through your gastrointestinal tract, they're converted into a substance called ellagic acid, some of which is further metabolized into other compounds, chief among them urolithin, which enters your circulation quite efficiently through the colon.

They block the conversion of testosterone to estrogen

Punicalagin/urolithin is a powerful inhibitor of aromatase activity, which means it thwarts the conversion of testosterone into estrogen, thereby elevating testosterone levels naturally.

This elevation appears to be substantial, too, as one study of men and women found that punicalagins raised levels of the hormone by an average of 24%.

They block conversion of testosterone to DHT

Punicalagin/ellagic acid inhibits the 5-alpha reductase enzyme. This results in less testosterone being converted to DHT, thereby increasing testosterone levels while preventing growth of the prostate.

Punicalagin/urolithin elevates levels of nitric oxide (NO), which relaxes the smooth muscle fibers of the penile arteries so they allow more blood to flow into the penis.

What's important about that fact is punicalagins/urolithins might work for those men for whom Viagra and its cousins are an epic failure.

But the effectiveness of punicalagins/urolithins isn't restricted to men for whom Viagra and its cousins don't work – they appear to improve erectile function in just about every healthy man.

A double-blind crossover study with 61 male subjects found that 47% reported improved erections with pomegranate while only 32% of placebo did... and that was with plain pomegranate and not purified and standardized punicalagins.

They improve the health of blood vessels

We've already discussed how punicalagins/urolithins raise levels of NO, which in itself opens up blood vessels, but punicalagins also appear to improve circulatory function in general through their powerful antioxidant capability. Multiple studies have shown them to enhance blood flow in general and even reverse arterial plaque growth (roto-rooter out the plaque and you automatically improve blood flow).

As an added bonus, erections are all about hydraulics, and if the "hoses" (blood vessels) are strong and clear of gunk, they can provide a lot of the pressure needed to hoist your penis skywards.

They appear to inhibit different types of cancers

The higher the amount of urolithin in the blood, the greater the inhibition of two types of prostate cancer cells. The same inhibition seems to be true for colon cancer cells and melanoma cells too.

They prevent absorption of carbs

Punicalagins/urolithin inhibit alpha-glucoside, which leads to a decrease in glucose absorption, thus ameliorating diabetes and helping ward off obesity.

The evidence is clear. Punicalagins possess a remarkable array of benefits. The trouble is, punicalagins appear to be found in only two members of the pomegranate family and some weird bush that grows in Africa.

Okay, so you can just eat pomegranates or drink the juice. That's a step in the right direction, but unfortunately, punicalagins are mainly present in the root, bark, and leaves of the pomegranate, none of which is used to make commercial pomegranate juice.

That's not to say that commercial pomegranate juice doesn't contain punicalagins; it does, just not much. That means the best way to augment your intake of punicalagins/ellagic acid/urolithin is to take a supplement.

Biotest was so high on punicalagins that they made them the backbone of P-Well™, their new multi-functional supplement for vascular sexual health, urinary tract health, and prostate support. Each serving contains 180 mg. of punicalagins (from pomegranate), along with 30 mg. of lycopene from natural tomato extract and 500 mg. of cranberry whole fruit concentrate.

It might also convey some or all of the health benefits described in this article.

Try taking three capsules a day for a month and pay special attention to your erectile strength and erectile frequency, along with any other tell-tail signs of good health, to determine if it's working for you. 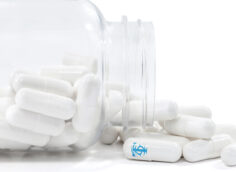 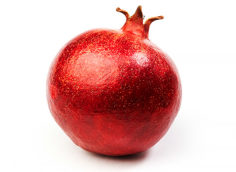 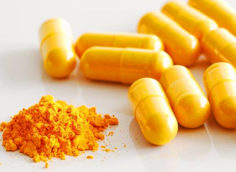