There have been big advances in muscle-building nutrition and supplementation over the years, but the one thing that supersedes all others in terms of effectiveness is our knowledge of the importance of timing.

When you consume certain nutrients is as important as what nutrients you consume in terms of everything from muscle size, body comp, recovery, performance, and strength.

T Nation has talked about it for years: To get the greatest gains from training, you need to consume the precise compounds to fully fuel, reload, and rebuild muscle. This is best done immediately prior to, during, and immediately after training – peri-workout.

There’s an enormous amount of research on workout nutrition, and you can find articles and books giving a passing nod to the concept. But few have actually explained what happens when you consume a certain combination of nutrients before, during, and after training.

If they did, then maybe more people would get it, and there’d be a whole new era of weight training where people were actually making significant and steadfast progress.

If you’re not using supplementation now, you’ll want to by the time you finish this article – assuming your thinking abides by logic. 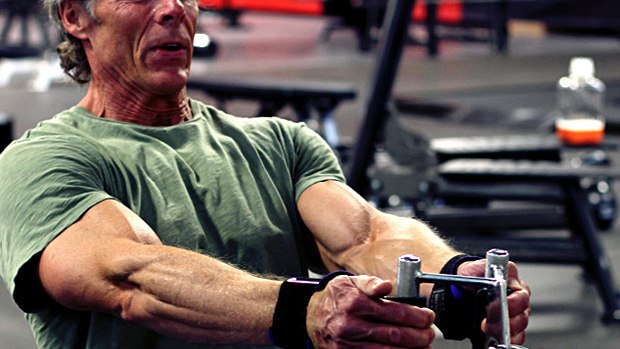 If You Don’t Understand Workout Supplementation

In years past, old-school lifters would eat a protein and carb-filled meal about an hour or two before a workout.

They’d kick back and digest while their bodies would go to work breaking down food so it could be absorbed by the villi of their intestine. That’s where the nutrients would then move into capillary tributaries that serve the blood vessels.

Then the recently digested nutrients would piggyback onto the hormone insulin, which rises every time food is eaten. Together, they’d ride the currents until they reached other capillaries that led directly to muscle cells.

The insulin would then present the various amino acids and glucose molecules to the muscle cells. The lifter, now fortified with nutrition, would head to the gym and begin his workout.

Unfortunately, insulin levels, elevated after the pre-workout meal an hour or two ago, have by this time likely fallen to baseline levels. As a result, the glycogen and glucose that muscles rely on quickly start to drop during the first few sets.

The hormone glucagon then begins to raise its opportunistic head. The hormone is an insulin antagonist, meaning it works against insulin, in a sense. It starts to rob muscles of amino acids so it can convert them to the glucose that the muscles need for fuel.

Simultaneously, levels of other catabolic hormones, like epinephrine and cortisol, begin to rise.

Epinephrine, in its search for glucose, has started to rob the liver of glycogen. Cortisol starts thieving energy. But cortisol doesn’t discriminate. It takes energy from wherever it can: fat, carbs, or from the building blocks of the muscle itself, protein.

The harder the workout, the greater this breakdown of protein for fuel. Add that loss of protein to the damage incurred by the workout in the form of torn muscle and rampant free radicals.

While anabolic hormones like testosterone, growth hormone, and IGF-1 make their appearance during a workout, any increases are relatively small and transient. They often drop below baseline levels after a workout. True, they’ll do some repair work in the hours in-between, but the workout period itself is primetime when it comes to muscle growth.

It’s too bad insulin, often regarded as the most anabolic hormone, is now in short supply in our hypothetical scenario. Insulin is exactly what would offset the collective efforts of all the workout-induced catabolic hormones.

Muscle cells are the most sensitive to insulin during and after a workout. As a result, very few, if any, nutrients would be stored as fat during the workout period. But this sensitivity starts to fall as the post-workout minutes pass. 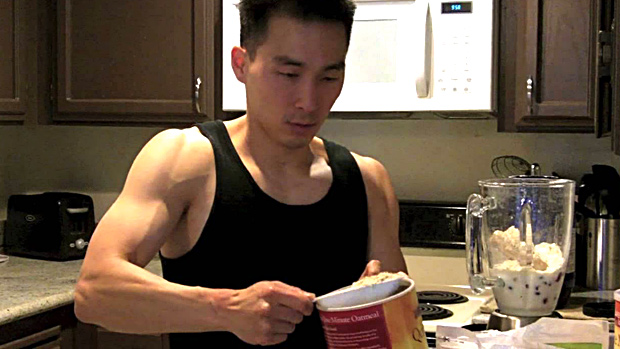 By the time our lifter drags his energy-depleted butt home an hour later and blends up a protein shake, his muscle cells are almost deaf, dumb, and blind to any rise in insulin from the shake he’s ingesting. As a result, insulin can carry amino acids and glycogen to the muscle cells’ doors, but they won’t hear and they won’t answer.

Homeless, many of the glucose molecules get stored as glycogen or fat. And while it’s doubtful any protein would be stored as fat, much of it would end up in the liver, which is kind of purgatory for unused amino acids.

So the net effect of this supposedly conscientious workout is probably little or no anabolic stimulus or resultant muscle growth, and possibly even some storage of fat in the post-workout meal.

Muscle strength might still increase, though, as strength is often largely a response to neurological stimuli. But if hypertrophy and better body composition are the goals, the lifter is pretty much out of luck.

Let’s contrast the above with what would happen if the lifter knew something about modern-day, science-backed workout supplementation. 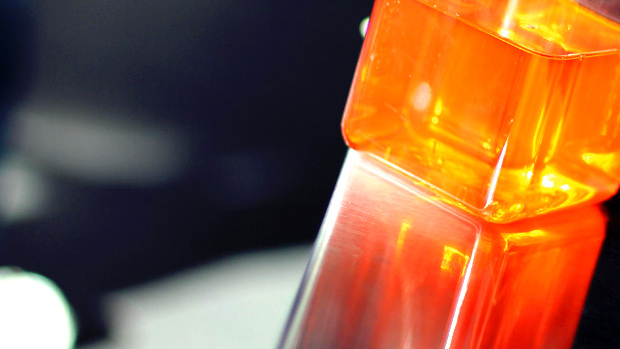 If You Do Understand Workout Supplementation

The lifter consumes nutrients about 45 minutes to an hour before a workout but it’s comprised of about 40 to 50 grams of easily digested functional carbohydrates and about 35 to 40 grams of unique di- and tripeptides that are absorbed directly into the bloodstream to set up his metabolic machinery. For example, he eats a Finibar™ Competition Bar and drinks a Mag-10®.

Insulin levels surge and amino acids and glucose are carried to muscle cells to prime the pump.

Fifteen minutes before the workout, the lifter ingests another 35 to 40 grams of a special functional carbohydrate blend and another 15 to 20 grams of quick-acting protein. For example, Plazma™.

Again, this is to make sure that the body’s most anabolic hormone, insulin, is flowing at peak capacities and that there are plenty of glucose molecules and amino acids for insulin to carry to hard-working muscle cells.

If the lifter wants to further enhance the anabolic effects of insulin, he’d also ingest cyanin 3-glucoside (Indigo-3G®) at this time. Indigo-3G® increases insulin sensitivity in muscle cells (not fat cells), thus enhancing glucose and protein transport, so all the good stuff you get with insulin is amplified and translates to bigger pumps, faster strength gains, and enhanced work capacity and recovery.

During the workout the lifter continues to sip Plazma™. By now, even during what would normally be the most metabolically devastating part of the workout, his insulin levels are high, as is his insulin sensitivity.

His blood flow has increased, his pump is mind-blowing, and insulin molecules are loaded down with amino acids and glucose like Santa’s sleigh, and they’re greedily being accepted by muscle cells.

With all that insulin surging through the body, cortisol levels remain low, and the glycogen or amino acid-robbing effects of it don’t amount to anything. Likewise, free radical production is kept to a manageable minimum.

Protein breakdown is extremely low. The carbs, still being regularly ingested, are fueling the ATP/creatine phosphate system, ensuring higher reps and more intense muscle contractions. Fat is also being oxidized at a much higher rate than would otherwise be possible, and this fat oxidation continues even after the workout. 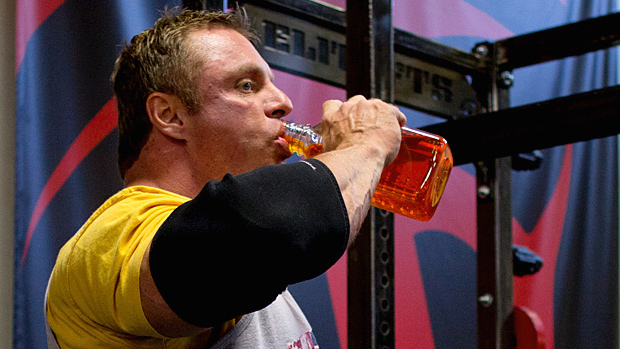 The still-pumped lifter drives home – even though he feels he probably could have kept on lifting until they shut the lights out and locked the doors – and fixes himself another small protein drink. A serving or “pulse” of Mag-10® fits perfectly here.

Muscle cells are extremely sensitive to still-high insulin levels and the just-introduced di- and tripeptides are quickly shuttled off to still greedy muscle cells. Cortisol levels, normally elevated after a workout, have been beaten down and shamed.

The net result of this approach: A lifter who gave his (or her) muscles every advantage.

If you were to actually weigh his muscles, they’d be much heavier, percentage-wise, than they would be if you followed the traditional approach.

This lifter has done everything to stack the muscle-building cards in his favor and he’ll be rewarded with significant additional muscle growth and improved body composition. Furthermore, he probably won’t be sore or fatigued the next day so that he can train just as hard again.

That’s quite a difference from the traditional approach the first hypothetical lifter used.

There are few things as indisputable in the strength game as proper workout supplementation. It’s perfect logic and beyond that, it’s perfect science.

What you do the rest of the day is up to you, but give your workout supplementation the attention it deserves and you will absolutely make the progress that’s eluded you in the past.