HPA Axis Dysfunction: An Underlying Cause of Low T

It's commonly thought that if you're chronically stressed, your adrenal glands spout out the hormone cortisol. Cortisol is produced from pregnenolone, which is also the mother hormone for testosterone and estrogen.

The problem, as it's commonly believed, is that if you're chronically producing cortisol, your body will use all of its pregnenolone supply to make more cortisol, which is to the detriment of DHEA production. Since DHEA is a precursor to testosterone, you end up with a shortage of testosterone. This is known as the infamous "pregnenolone steal."

Sorry, No One Stole the Pregnenolone

This is where I'm supposed to write something about how our current "high stress" culture is killing you. Let's be real though, times are probably easier now than they've ever been in history. You don't have saber-toothed tigers chasing you, and you're probably not gonna be storming any beaches under machine gun fire in the next few months. Your physiology isn't so fragile that it'll get broken by an overloaded email inbox.

Luckily, as with most things in life that we try to fit into neat little stories, the science on the pregnenolone steal is also quite rickety. The problem with the theory is that it assumes we have a limited, single pool of pregnenolone where cells can simply steal it from other cells.

The thing is, cholesterol actually gets transformed into pregnenolone within cellular mitochondria, and there's no known pathway by which cells transfer pregnenolone to other cells. That means that cells can't rob pregnenolone from other cells!

Before my inbox gets filled with angry emails from the paleo folk, let me add this: Yes, high levels of cortisol production are known to correlate with lower DHEA production. Nevertheless, correlation does not mean causation.

Bottom line, there's no scientifically demonstrated mechanism to explain how high stress, in and of itself, leads to low T.

We do know, however, that studies have shown that high levels of circulating glucose and insulin tend to lower levels of DHEA production, and that type II diabetics have been shown to lack the enzyme that enables pregnenolone transformation to DHEA.

We also know that high levels of inflammatory cytokines increase cortisol production and reduce the pregnenolone-converting enzyme's ability to produce DHEA, at least in cows.

What all this points to is that the key to avoiding low T isn't in avoiding stress. Rather, it's in preparing your body to better handle stress by eating a proper diet and fighting inflammation.

How to Maintain HPA Axis Health 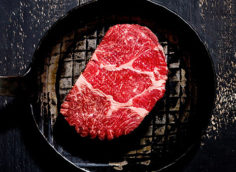