What's the best breakfast for people who want to build muscle, get strong, and stay healthy? Cured meat from even-toed ungulates, bird ovum, fermented dough, and the leaves of camellia sinensis steeped in hot water.

Okay, I'm being cute here, but if I answered "bacon and eggs with toast and a cup of coffee," you'd think it ordinary, maybe even uninformed.

I get it, but while my breakfast order is virtually the same one your 90-year-old grandpa eats, it's a perfectly healthy breakfast – when done right – and an exceptional bodybuilding breakfast.

Lots of protein. No argument there, right? But consider also that eggs contain cholesterol, which is a precursor to testosterone production. They also contain vitamin D, B12, selenium, riboflavin, and big squawking amounts of leucine, which plays a monumental role in protein synthesis.

While it's often portrayed as the poster boy for bad eating, bacon is actually one of the healthiest foods. It's of course a protein source, but its nutrient density is almost unparalleled and its fat is benign, if not downright healthful. Nearly 50% of the "grease" it floats in as you cook it is oleic acid, which is the same stuff we worship in olive oil. The rest of the fat is mostly stearic acid, which is, yes, a saturated fat, but the body converts most of it into, again, oleic acid.

And both bacon and eggs contain relatively large amounts of arachidonic acid, which, while pro-inflammatory in some instances, plays an important role in testicular production of testosterone.

Not just any toast, but sourdough toast. Sourdough is the sauerkraut of breads. It's made by exposing the dough to millions of lactobacilli, which produces an incredibly complex bread with tons of nutrients. Furthermore, the fermentation process has broken down any gluten it contains, which should placate the anti-gluten people. It also contains almost no phytic acid, thereby allowing your gut to absorb most of its nutrients.

Lastly, the fermentation process has changed the molecular structure of the bread, thereby lowering its glycemic index and improving your glucose metabolism in general. Toasting it accentuates these changes. Top it off with a tablespoon of grass-fed butter, which contains lots of body-building and fat-burning conjugated linoleic acid (CLA).

Coffee has plenty of healthy attributes, but green tea is particularly suited to bodybuilders because it burns fat. It also gives a buzz similar to coffee, but with less of the anxiety-producing effects.

So yeah, while the age-old bacon, eggs, toast, and a cup of coffee/tea breakfast is an American cliche, it's also a breakfast choice that makes a whole lot of sense, especially for the athlete or bodybuilder. Here are some things to keep mind: 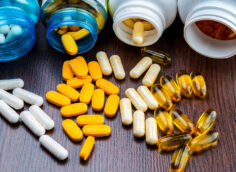 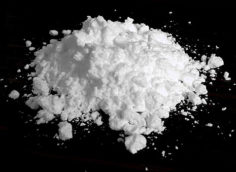 Re-feeds, carb-ups, cheat meals. Here's how to use them to get ripped for summer!
Diet Strategy, Feeding the Ideal Body, Nutrition & Supplements
Shelby Starnes April 20