And like anything else that comes from a plant, it has antioxidant capabilities.

Can I Just Eat a Lot of Indian Food?

Curcumin is found in the spice turmeric, and Indians probably use more of it, per capita, than anyone in the world. Given its seemingly endless health benefits, you'd think that Indians would be the healthiest people in the world, but that's not the case. Unfortunately, the body doesn't absorb curcumin very well. Simply ingesting it as a main constituent of curry powder, regardless of the amount eaten, isn't going to have much of an effect.

As such, you need to ingest curcumin as part of a formula that contains piperine, which enhances absorption by up to 2000 percent. We suggest Biotest Curcumin. It's one of the few substances that you'll be consciously aware of making you feel better. 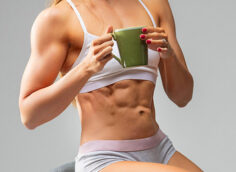 This no-sugar-added, grown-up ketchup will blow your mind. Here's how to make it.
Feeding the Ideal Body, Nutrition & Supplements, Tips
Chris Shugart January 14 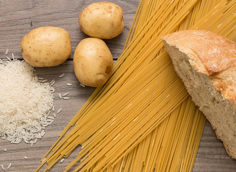 Here are some cool tricks that will reduce the calories in rice, bread, potatoes, and pasta, along with keeping blood-sugar levels low.
Carb Control, Nutrition & Supplements
TC Luoma June 10