People who are naturally more sensitive to dopamine will have more mental toughness as well as a higher level of self-confidence. Dopamine is in large part responsible for competitiveness, grit, and self-confidence.

So those who are naturally more sensitive to it will be great competitors and have more toughness than others. Those who don't have this high sensitivity will need to maximize dopamine levels as much as possible before a workout or competition. Tyrosine and theanine (as well as nicotine) works well in that regard.

Another aspect that's important from a neurological perspective is serotonin. Serotonin helps your brain deal with stress and anxiety. Basically, anxiety is an over-activation of your neurons.

Your brain is firing on all cylinders. Anxiety is when it's firing too fast: you feel like everything is sped up, like you're not in control of your brain or body. Serotonin's function is to reduce that level of activation to a manageable level. Those with very low levels of serotonin will tend to be a lot more anxious and crash under pressure.

People on a severe diet, especially of the low-carb type, will tend to deplete their serotonin which will make them more prone to anxiety and choking under pressure.

Coaches: Know Your Clients and Athletes

As far as being a coach and helping your athlete perform better under pressure, it'll depend on the personality of your athlete. Using the wrong approach can do more harm than good.

If you have an athlete who's naturally very competitive, confident, and vocal (likes to talk trash, talks loud, wants to be the center of attention) you simply need to light a fire under them and they'll be unstoppable. These guys go all-out naturally and don't let go. They respond well to vocal motivation.

The Confident and Calm Athlete

If you have an athlete who's naturally super skilled, explosive, and confident but calm, you really don't need to do anything. They're the best under pressure and they always step their game up when there's competition. They are "gamers."

If you have someone with a lower level of self-esteem who's a people pleaser, they'll need others to think they're good in order to feel good. These guys put a lot of pressure on themselves to perform because for them it's not just about doing their best, it's about earning the respect of others – vital for their well-being.

They'll need the most positive reinforcement, not motivation. If anything, shouting things like "go kick that guy's arse" before a fight or "he's kicking your butt; wake up and show him who's boss" between rounds will actually kill their performance because it'll make them either feel too much pressure or feel like they're letting you down.

If you have someone who's naturally very anxious, needs to plan everything, always follows a routine, the worst thing you can do is to try to amp them up. They're already anxious by nature (low serotonin and/or GABA) and trying to fire them up will only speed up their neurons and they'll get stiff and more likely to lose control and choke.

These people need to follow a plan. So the job of the coach is to prepare them for every eventuality, to set a pre-event/pre-fight routine that's set in stone. Explain exactly what will happen; intellectualize the process. The more they understand what's going on, the less they have to worry about the unexpected. That makes them less anxious and will allow them to perform their best.

You can't force someone to have willpower. You must put them in the best possible situation to take away the obstacles that would decrease their toughness. 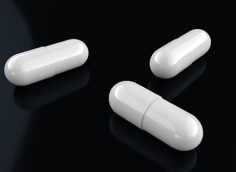 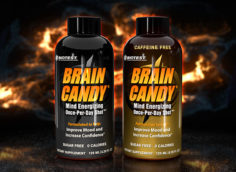 Most energy products are just caffeine. Here's something better. And you've never felt anything like it.
Nutrition & Supplements, Workout Nutrition
TC Luoma December 13 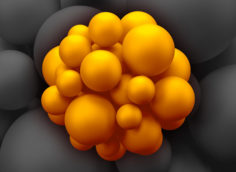 Ordinary curcumin has to face a lot of obstacles to get into your bloodstream. Here's curcumin 2.0.
Nutrition & Supplements, Super Health
TC Luoma April 30