Something was fishy at the high school in McMinnville, Oregon.

Twenty-four football players sent to the hospital, 13 admitted for compartment syndrome or rhabdomyolysis.

The immediate diagnosis from the popular press? Creatine monohydrate: a "questionable" muscle-building agent... a performance-enhancing supplement. You know, like steroids.

With eyebrows raised and voices tuned to stern admonition, TV newscasters briefly mentioned that none of the players reported using creatine, then proceeded to paint the most-studied sports supplement in history with an ominous brush.

Representatives from the school followed suit, adding that Coach Jeff Kearin's methods – which turned out to include training young athletes to exhaustion in a 115 degree wrestling room and depriving them of adequate fluids – were sound.

The school's officials clearly had their litigation shields up. But why did the media automatically set their sight's on creatine? And why didn't they contact a legitimate creatine researcher or supplement expert to get the facts?

T Nation: Why doesn't the media come to guys like you, Dr. Jeff Stout, and Dr. Tim Ziegenfuss when a supplement comes under scrutiny?

Richard Kreider, PhD: They're just not doing their jobs. They should be looking at all sides of an issue instead of just asking the opinions of people that don't know the science.

It's frustrating because creatine has gone from athletic use to medical applications. There's a tremendous amount of emerging science on the potential health benefits of creatine, and when this type of inaccurate information comes out it really harms the public's perception about its safety.

And it now appears that these football players weren't taking anything, and yet we had this media scare about creatine.

T Nation: I have a feeling these kids' tests are going to come back showing elevated creatinine, and the lay press is going to say that this proves they were usingcreatine.

Richard Kreider, PhD: The media, and even physicians, sometimes misinterpret creatine for creatinine. And when you exercise intensely in a hot environment, your creatinine levels go high just from dehydration. In studies we've done on football players, we even found that creatinine levels were higher in athletes not taking creatine than those taking it. That makes sense because we now know that creatine helps athletes better tolerate training.

By the way, there is no blood marker for creatine. You just can't do a test on an athlete to see if he was taking creatine by measuring blood concentrations.

T Nation: Aren't there some studies that show creatine may be able to improve an athlete's ability to tolerate intense exercise in the heat?

Richard Kreider, PhD: We did several studies back in the mid-90's that measured and monitored injuries, cramping issues, heat illness, fluid shifts, etc. The studies generally showed that there was no negative effect at all from creatine usage or there was a slight hyper -hydration where you have some fluid retention, so core temperature is lower when exercising – a benefit. Athletes using creatine actually had lower instances of cramping.

T Nation: What about that newer study showing that creatine is also protective when it comes to concussions?

Richard Kreider, PhD: From a neurological perspective, there are good reasons athletes, especially those in contact sports, should be taking creatine. Data was presented this summer showing that kids with traumatic brain injury have better outcomes and survival rates when put on a course of creatine than kids who don't get creatine. It's amazing how much neuroprotection occurs when these kids get creatine.

Same with concussions. People who have higher creatine concentrations in the brain show a neuroprotective effect. In contact sports like football, it makes sense that they should be taking creatine.

You could actually make the case that not allowing football players to take creatine would put them at higher risk than if they did. Creatine would help with concussions, temperature regulation, and recovery.

The type of media report we saw with the Oregon high school case misrepresented the science and perpetuated a lot of myths. But the media won't contact people who actually know what they're talking about when it comes to creatine. The problem is, the media doesn't look for facts; they look for quotes.

T Nation: Like the case of the wrestlers over a decade ago?

Richard Kreider, PhD: The story about the wrestlers from 1998 is a perfect example. The headlines read "Creatine Linked to Wrestlers' Deaths." Well, it turns out that two of them never even took creatine, and one of them had stopped taking it six months before his death.

The other problem is that we have a lot of misinformation perpetuated by some supplement companies trying to get a market share advantage. They sell different forms of creatine and claim that theirs doesn't cause cramping or bloating and all these negative things that have never been shown to occur in the first place. These claims perpetuate those myths.

T Nation: I've read that one type of creatine should be avoided: Chinese creatine.

Richard Kreider, PhD: The processing of creatine is China results in a higher level of contaminates compared to German creatine, which is CREAPURE. We're not sure that the higher level of contaminates in cheap Chinese creatine causes any adverse health effects, but it does demonstrate less quality in the manufacturing process. We recommend that people take a higher quality creatine. We know the processing is pure and there's no chance for contaminates.

T Nation: So if creatine didn't cause these young athletes' problems, what did? The unfortunate combination of intense heat and a negligent coach?

Richard Kreider, PhD: This appears to be caused by excessive and inappropriate training in a hot and humid environment. There's no excuse to put athletes in 115 degree temperature and have them work out. That's like the old days when they worked out in a sauna.

Those days are gone. It's dangerous. It can put kids at risk. I'm surprised there weren't more problems with dehydration or even heat stroke.

Richard Kreider serves as Professor, Head, Thomas A and Joan Read Endowed Chair, and Director of the Exercise & Sport Nutrition Lab in the Department of Health and Kinesiology at Texas A&M University. Dr. Kreider has conducted numerous studies on nutrition and exercise and has published three books (Overtraining in Sport, Creatine: The Power Supplement, and Exercise and Sport Nutrition), more than 400 research articles/abstracts in scientific journals. He's also the Editor-in-Chief of the Journal of the International Society of Sport Nutrition. 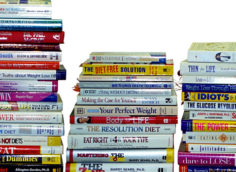 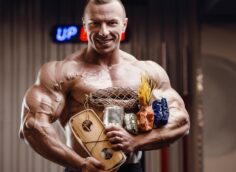 There probably isn't a topic in nutrition that's more tangled up in misinformation than calories, so let's blow up some of those myths.
Dietary Myth Busting, Nutrition & Supplements
TC Luoma January 4