Most people don’t think of it this way, but fat is actually just another organ in the body. It may not have one set location in the body like a heart, liver, or pancreas, but it does act like those organs in that it has specific functions. One of these functions is of course calorie storage, but fat also releases hormones that control metabolism.

Regardless, many of us wish we could just treat this organ like an inflamed appendix, gall bladder, or pair of tonsils and just surgically rip all of it out so that we could proudly walk around semi-naked for the rest of our lives.

That’s a bit misguided, though, because not all types of fat are bad. Sure, some types are unsightly and even dangerous to our health, but others are actually altruistic cannibals in that they eat up their own kind in an effort to keep us lean.

The key lies in increasing the amount of the good type of fat so that dieting might actually become obsolete.

The 2 Main Categories of Fat

Humans have white fat and brown fat. Both types store energy, but white fat cells each contain only one droplet of fat, while brown fat contains lots of tiny droplets of fat. Brown fat also contains tons of the brownish cellular organelles known as mitochondria, which use the droplets of fat to create energy and, as a byproduct of creating energy, heat.

Have you ever privately mocked a baby for having poor delt separation because it carries all that fat around its neck and shoulders? Okay, probably not. Even so, there’s a reason for all that extra tissue on babies – it’s comprised of brown fat. Since they don’t have the ability to shiver (and thereby produce heat) in the cold, babies rely on all those mitochondria-rich brown fat cells to produce warmth.

Scientists used to think humans lost all that brown fat as they got older, but now they know that adults also have brown fat and how much we each have plays a large part in determining how fat or how lean we are.

So brown fat is good. The verdict on white fat is a little more complicated.

Aside from storing calories, white fat also produces hormones like adipokinectin, which makes muscles and liver more sensitive to the effects of insulin. It also tells you when to put down the fork by suppressing your appetite. The trouble is, when you acquire too much white fat, it says to hell with it and pretty much stops making adipokinectin.

To add insult to injury, fat cells also produce estrogen in both men and women and once body fat levels climb, so do estrogen levels. It’s a holy mess.

There are several subcategories of white fat, though. Some are useful and some just hurt our eyes.

This is the type of fat that most bodybuilders and guys whose sole ambition in life is to walk around shirtless at music festivals fight against. It’s also what the institutional trainer pinches when they measure your body fat. It doesn’t affect your health negatively and it might even be advantageous, depending on where it’s located.

This type of subcutaneous fat is more likely to plague women. Some “junk in the trunk” is of course generally considered sexually appealing, but it’s when large amounts start to accumulate that women acquire that dreaded pear shape.

While the pear shape is generally considered unattractive, there’s some emerging evidence that pear-shaped women are protected against metabolic diseases, at least compared to big-bellied people. But don’t get the idea that the positive health benefits of a giant butt like Kim Kardashian’s will enable her to become semi-immortal and cast a shadow over all our graves for eons.

For one thing, the effects are relatively modest, and besides, once women hit menopause, they tend to lose this protection as they shift to storing fat in their abdomen instead of their butt and thighs.

This is the fat that burrows and wraps itself around your abdominal organs. If you’ve got a big waist or big belly, you most certainly have some visceral fat. While it’s important to the identity of Santa Claus impersonators and cross-country truckers everywhere, lots of visceral fat drives up the risk of heart disease and stroke. Visceral fat also seems to play a bigger role than other fats in jacking up insulin resistance and, ipso facto, diabetes.

This type of fat is actually a hybrid in that it’s both visceral and subcutaneous. Where it shifts from being one type to another is almost impossible to tell without a CT scan, but that’s a costly, impractical, and probably useless differentiation.

Interestingly, belly fat is also the origin of most leptin, another hormone that controls metabolism and appetite. However, as is the case with adipokinectin, the leptin system goes out the window when too much fat accumulates.

As mentioned, brown fat contains lots of mitochondria that feed on fat droplets. It also lures in sugar molecules from the bloodstream, which suggests it plays a role in fighting type II diabetes.

If you could increase your number of brown fat cells, rev up the activity of brown fat, or make white fat act like brown fat, you could possibly burn up to 300 extra calories a day. Any way you look at it, that kind of calorie deficit would translate to dropping a couple of pounds of fat every month without doing a damn thing.

Luckily, you can transform white fat to brown fat, or at least turn it “beige” – make white fat act more like brown fat. There are a few ways to do this, but let’s first look at one that’s definitely a little impractical, but nonetheless interesting. 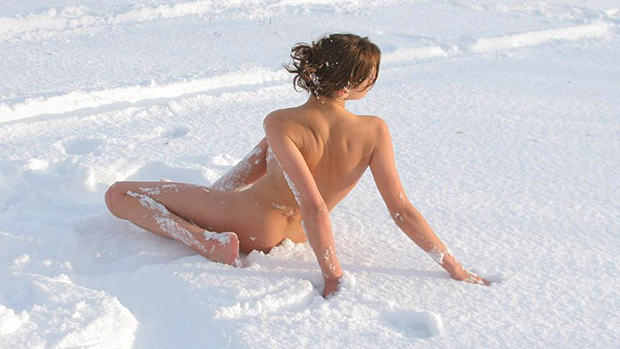 Merely exposing yourself to cold can make brown fat more active. In one 2012 study, researchers had men sit in cold suits that circulated water cooled to a temperature of 64.4 degrees Fahrenheit for three hours. The volunteers burned up an extra 250 calories compared to what they would have burned up just sitting there in normal room temperature.

Bear in mind that the temp of the water wasn’t low enough to induce shivering (which burns up calories), but just low enough to cause the mitochondria of fat cells to draw sugar molecules from white fat cells and bolster their internal furnaces.

Along the same lines, you can make white fat cells turn “beige” by using this same cold temp protocol, albeit without the Aquaman suits. Japanese researchers had 12 men with lower than average amounts of brown fat sit in rooms that had been cooled to 63 degrees Fahrenheit for two hours a day for six weeks. At the conclusion of the experiment, their bodies had “browned” some of their white fat and as a result were burning an extra 289 calories a day.

As mentioned, these methods are a bit impractical. If, however, you weren’t put off by the impracticality, you could theoretically make yourself a bit colder this winter by keeping the thermostat as low as you could comfortably tolerate, and wear clothing that wasn’t entirely suitable to the cold weather.

While there haven’t been any experiments to validate these exact approaches, it’s plausible that the accumulated time spent freezing your ass off could create more beige fat and burn a lot more calories. Luckily, there are other, non human-popsicle ways to increase brown fat or beige fat.

Simply working out causes muscle cells to release a hormone called irisin that causes white fat to act more like brown fat, along with jacking up the fat-burning effect of existing brown fat. 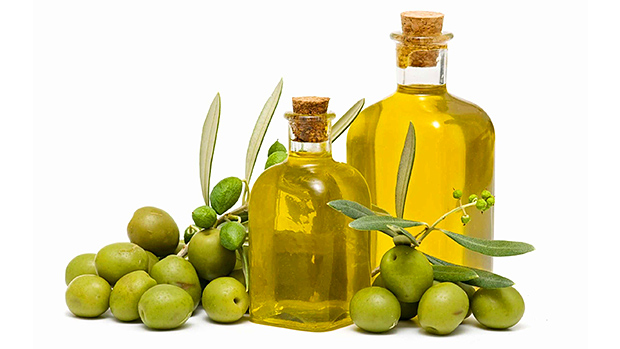 There’s also a component of plain old extra-virgin olive oil that causes white fat cells to act more like brown fat cells. It’s called oleuropein. As proof, rats were fed a diet that included 1, 2, or 4 mg/kg of the phenolic compound. After 28 days, they’d lost body weight, perirenal adipose tissue (fat near the kidneys), and epididymal fat (the fat near their balls).

What apparently happened is that the olive oil constituent increased the levels of UCP1, an “uncoupling” protein that causes mitochondria to burn more energy and dissipate more heat. It’s the same mechanism used by the underground fat burner/insecticide DNP, but probably without the pesky, “Oh God, it killed my brother Lenny,” side effect.

Melatonin is what globe-hopping flight attendants pop so they don’t fall into a sleep-coma while explaining the intricacies of seatbelts. It turns out it also stimulates the appearance of beige fat.

Simply making your bedroom darker (as opposed to being exposed to the electronic glow of smart phones, e-readers, or the TV) and eating melatonin-rich foods like Goji berries, almonds, cherries, and sunflower seeds can apparently increase levels of melatonin and subsequently, beige fat. 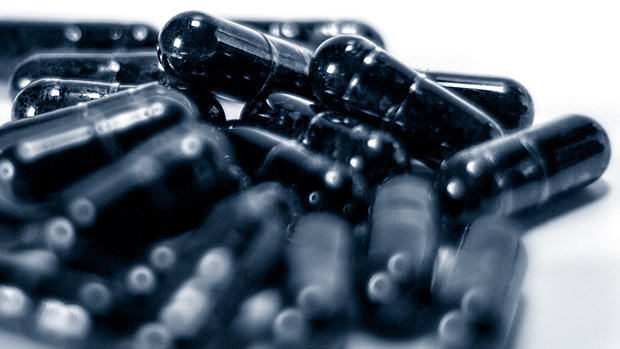 The Blue in Blueberries

Cyanadin 3-glucoside (C3G) is a nutrient found in blueberries, blackberries, black beans, and a few other fruits and vegetables. It’s well known for its anti-obesity effects, but most of those effects have, to this point, largely been chalked up to C3G’s effects on selective insulin sensitivity, insulin signaling, and glucose and nutrient management in general. (These same traits also help give the compound its famed muscle-building effects.)

Their paper, published recently in the Journal of Biochemistry, described how C3G “induced phenotypic changes to white adipocytes (fat cells).” These changes included increased mitochondrial content, which is the hallmark trait of brown fat cells. The C3G also promoted “pre-adipocyte differentiation,” which means it coaxed cute little baby fat cells into going brown. You take C3G as a supplement too. Think Indigo-3G®.

To do this, you can eat more olive oil, although it would be hard and a little impractical for a human to ingest the equivalent amount of oleuropein or extra virgin olive oil used in the studies. That being said, you can easily eat 2-4 tablespoons a day and presumably enjoy at least a fraction of the success.

You can also elevate melatonin by avoiding all kinds of light at bedtime and eating melatonin-rich foods, along with taking C3G every day before the biggest meal of the day.

And, while the method of freezing yourself a bit every day during the winter seems like it might have some browning effect, it seems a little imprecise and a little extreme. After all, you’re a human, not a pork chop.