So these Japanese scientists were all hopped up about their new 3-month research project. They lined up 47 high-level college athletes to test the effects of training and concurrent usage of 1,000 IU of vitamin D a day on fat loss. They did the blood work and the scans and all the poking and prodding. All systems were go.

But a month into the study, Covid hit. The gyms shut down. Everything shut down.

The scientists, with nothing to monitor, whiled away the days by reading manga (I assume) sneakily slid in between the pages of their biochem textbooks. Meanwhile, the previously fit and trim athletes, just like everybody else, stopped training and began eating Sumo wrestler diets while tapping out Netflix’s library.

But even in their imposed slothfulness, 27 of the study participants kept on taking the vitamin D they’d been supplied.

That’s a helluva’ big difference in relative tubbiness. The scientists came to the following obvious conclusion:

“Vitamin D supplementation might have preferable effects on maintaining athletes’ body composition under circumstances where sports activity has decreased.”

Were the Results a Fluke, or Are They on to Something?

This study had some note-worthy limitations, which the researchers readily admit. For one, the participants weren’t randomly assigned to the two groups, which leaves open the possibility of selection bias.

Secondly, the athletes who chose to take the vitamin D might have just been healthier in the first place, or at least had a more health-inclined mindset. Lastly, whether or not the athletes took the vitamin D was self reported, which leaves open the possibility that some of them lied or exaggerated about their compliance.

Fortunately, there are other studies on vitamin D and fat loss that give this particular study more credence than it otherwise might have had.

Add that to the current study where vitamin D seems to play a role in maintaining fat percentage even during periods of activity and that’s a pretty compelling case to take vitamin D. 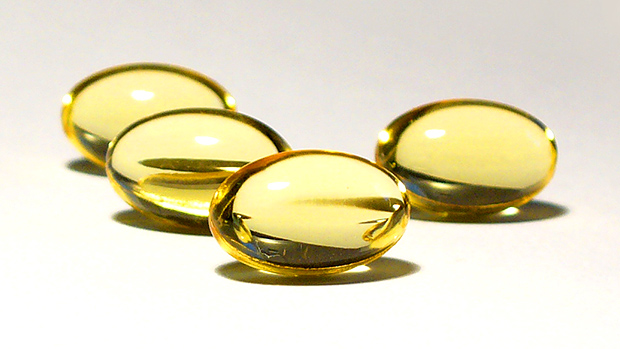 So it seems vitamin D supplementation can make you leaner or keep you lean, and you probably already know about the role vitamin D plays in the immune system, but the vitamin’s to-do list is much, much longer, particularly in athletes. Among these other roles are the following:

Having optimal levels of vitamin D increases muscle protein synthesis, jump height, the production of ATP, and the overall capacity to perform both aerobic and anaerobic exercise.

Without proper levels of vitamin D, arteries get stiff and atherosclerosis is a definite possibility. Your circulatory system starts to have the pliability of a cheap garden hose that’s been exposed to the sun for too long.

Having sex obviously isn’t solely the purview of athletes, but women who have high(er) levels of the vitamin have higher circulating levels of estradiol, testosterone, FSH, LH, and DHEA, which, logically, can lead to being more orgasmic.

The One Big Bugaboo About Vitamin D Supplementation

So yeah, there are plenty of reasons to take vitamin D, particularly since most Americans are deficient in it as it is.

However, here’s what you need to know that most people, including doctors, don’t know:

Vitamin D doesn’t even get up and put its pants on to go to work – at least as far as the immune system is concerned – if there aren’t sufficient levels of magnesium in the body to help it. Secondly, it’s damn hard to substantially raise vitamin D levels in the body unless magnesium is there to coax it along.

These facts are at least a little troubling because most Americans – 80% by some estimates – are deficient in magnesium, and it’s even worse in athletes because the mineral sneaks out of the body through sweat.

In fact, it’s this widespread magnesium deficiency that might be responsible for most vitamin D deficiencies (and even some obesity, maybe?) in the first place. The evidence for its role in vitamin D levels is unequivocal.

Two clinical studies on magnesium-deficient patients found that magnesium infusion alone brought up levels of 25(OH)D (a prehormone that’s produced in the liver by hydroxylation of vitamin D3) and 1,25(OH)2D (the active form of vitamin D in the body) a little bit, whereas magnesium infusion plus oral vitamin D (as 25(OH)D) substantially increased serum levels of 25(OH)D and 1,25(OH)2D. (4, 5).

Make sure you’re getting sufficient levels of magnesium in your diet and unless you work on or near the equator, wear a loincloth, and are immune to skin cancer, take vitamin D supplements.

As far as magnesium, you could go the whole food route. High-magnesium food choices include the following:

However, most of us aren’t willing to eat the amounts of the magnesium-rich foods it would take to get us to a gram (e.g., about 10 cups of seaweed), which is probably a pretty reasonable dosage for athlete-types. Secondly, there’s no way of guaranteeing how much magnesium you’d be getting from these foods since many otherwise nutrient-rich foods are actually nutrient poor because of variabilities in soil and growing methods.

To play it safe, think about going the supplement route and take at least a gram a day. ZMA® is a good choice.

Studies show that this microencapsulated vitamin D3 is the most bioavailable and longest-lasting form. Its effects (provided there are sufficient levels of magnesium in the bloodstream) remain constant for up to 14 days, making it a lot better than the oil-based vitamin D3 supplements that make up most of the vitamin D market.

Although the Japanese study only used 1000 IU a day, most experts, including this writer, recommend dosages up to 5,000 IU a day.

You can get microencapsulated vitamin D in Biotest’s I-Well™ formula. 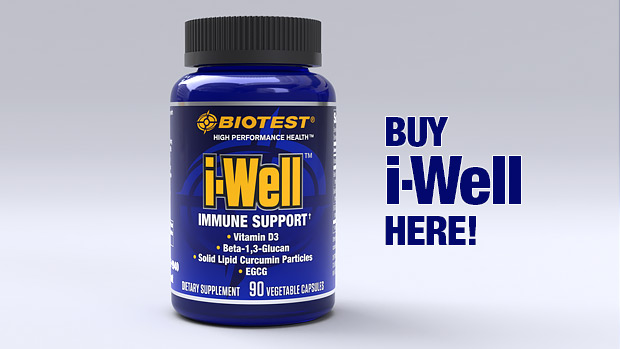