Training on a low-carb diet is almost like training when you're a heart patient – neither type of person should work out too much or too hard. Of course, the possible repercussions of ignoring those restrictions are significantly different for each category. For the heart patient, training too hard can mean clutching your chest and falling into the towel hamper at the gym, while training too hard if you're on a low-carb diet might mean you'll either fail to make any progress or, worse yet, lose some muscle mass.

There's a fix for the low-carb person, though. It's caffeine. Brazilian researchers found that our favorite psychoactive drug can cause working muscles to break down fewer proteins during exercise by increasing the availability of glucose. That means these carb-depleted bodies can work out harder or do more work without fear of losing muscle mass.

The scientists recruited 14 serious cyclists between the ages of 18 and 36. Each participant was required to go on a low-carb diet (less than 10% of calories from carbs) for three days on two separate occasions while maintaining their normal training (this was done to reduce muscle glycogen stores).

On the third day of each three-day diet, the subjects had to cycle for two hours at 75-85% of their max heart rate.

After a washout period of several days, the cyclists went on another 3-day low-carb diet and the test was repeated.

When the body can't find enough glycogen (the form in which carbs are stored) in the blood, it starts breaking down amino acids (protein), which, of course, are the building blocks of muscle. Some of the by-products of this breakdown include ammonia and urea, so if you find a lot of those by-products in a blood sample, you know that protein is being broken down.

However, by simply taking 5 mg. of caffeine per kilogram of body weight an hour before a workout, the cyclists in the study avoided this breakdown.

The researchers theorized that the caffeine increased blood glucose so that the working muscles wouldn't have to feed off muscle. This was further confirmed by the increase in blood lactate levels, which is indicative of glucose being used as fuel (instead of amino acids).

That alone, I assume, would be a compelling reason to adopt the caffeine strategy.

I probably don't need to point out that this study didn't involve strength athletes, but the principles should still apply, especially for those that train HIT style or don't, in general, lollygag between sets. I also don't know if a strength athlete would need as much caffeine to reap the beneficial effects.

After all, 5 mg. per kilogram equates to about 450 milligrams for a 200-pound lifter. A typical "grande" or tall coffee from Starbucks contains around 300 mg. and a Spike® Hardcore Energy drink contains around 350 mg. of caffeine, so either might suffice.

If you weigh around 200 pounds or more, I'd first experiment with one of the aforementioned caffeinated drinks to see how they affected my energy levels before I started messing around with higher doses. 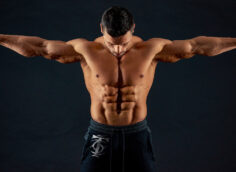 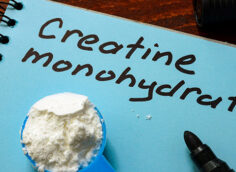