Statistically, your balls aren't what they used to be. They're producing fewer sperm, less spunk, and less T than your daddy's balls. It might be time to look for ways to increase testosterone.

In 1992, Carlsen et al. reported a global decline in semen quality (i.e., fertility) between 1938 and 1990, and there's no sign of abatement. Other studies found that sperm counts are sinking and that average testosterone levels have dropped precipitously. One study (Travison et al.) found that the average 60-year-old American man in 2004 had testosterone levels 17% lower than a 60-year-old man in 1987.

A 2006 paper (Main et al.) even described how Danes in particular had much smaller testicles than those of nearby Finns, possibly because of some unknown environmental or lifestyle factor.

So, is there anything we can do to save our nads and T levels? Yes. Take fish oil.

Many of us routinely use fish oil or omega-3 fatty acids to reduce inflammation, which is insidiously and intimately connected with at least 100 diseases and conditions.

However, no one has studied the association of omega-3 fatty acids with semen quality and reproductive hormone levels in healthy young men... until now.

All of them were 18 to 20 years old. Ninety-eight of them reported using fish oil supplements in the preceding three months, of whom 53 reported taking it for 60 or more consecutive days. All were required to complete an extensive health, lifestyle, and diet questionnaire. All were asked to list whatever vitamins or supplements they were taking.

Technicians measured the subjects' testis using ultrasound. Waist and hip circumference were measured, as were height and weight, which were used to establish BMI. Semen samples were obtained the old-fashioned way and were subjected to sperm quality and quantity assessment.

The results were also dose-dependent, with those having used fish oil supplements for longer than 60 days showing greater improvement than those who took omega-3 supplementation for fewer than 60 days.

How it all works, they're not exactly sure. Part of the effects probably had to do with how fish oil might be associated with increased FSH sensitivity of the Sertoli cells, which are the "nurse cells" of the testicles that aid in the production of sperm.

They also theorized that the "lower LH levels and higher free testosterone to LH ratio indicates a better Leydig cell capacity in line with a positive association with fish oil supplement intake."

Another benefit is just structural but nonetheless important. The sperm membrane is made up of polyunsaturated fatty acids (PUFAs) but primarily DHA, one of the two main omega-3 fatty acids found in fish oil. By adding more DHA, courtesy of the fish oils, you're like a stonemason slapping on mortar to thicken the wall they're building.

As a result, you get increased sperm motility and concentration, along with a lot more sperm that aren't gimpy (which is a major cause of male infertility).

While reading these results, I couldn't help but wonder about fish consumption in Denmark. Denmark would be an island if it were not for one short, shared border with Germany. It's got over 4,500 miles of coastline. Compare that with California, which has only 840 miles.

Given all that water, water, everywhere, you'd think Danes would be consuming a lot of fish and have big Viking balls that weigh down their eventual ascent to Valhalla.

But if that were true, why would a little extra fish oil have such a dramatic effect on their reproductive health? Aren't they getting all the omega-3s they need through fish?

So I did a little extra sleuthing. You know that study I mentioned above, where Finns were reported to have bigger testicles than Danes? Well, I checked out the per capita fish consumption of both countries. Finland is one of the top fish-consuming nations in the world, with an average consumption of 36.1 kilograms per person.

Denmark's consumption was far below that – just 22.1 kilograms per person. The Danes seem to prefer eating pork. So add that confirmational bit of data to the apparent link between fish oils and testicular health.

The association between fish oil or, more specifically, omega-3 fatty acids, seems clear: Supplementing with fish oil capsules can lead to better reproductive health – higher testosterone levels, bigger, more robust testicles, and an increase in quantity and quality of sperm, not to mention all the other good things associated with fish oil.

You can always go the whole-food route, but it's hard to get an adequate amount of omega-3 fatty acids from whole fish. Consider that you'd have to eat about 6 ounces of wild salmon to approximate the amount of EFA's in one serving of Biotest's Flameout® (3,000 mg.) That's fine, but it might be challenging for your taste buds and your wallet to eat that much wild salmon every day.

Alternately, you could go the chunk light tuna route, but then you'd have to eat almost 19 three-ounce cans to equal the amount in one serving of Flameout.

Lastly, you could take the fish oil supplements you find from the local pharmacy or big box store, but they're almost always plagued with shortcomings. For one, they're terribly under-dosed. You'd need to take several of them to equal just one capsule of Flameout®. Two, they're generally not manufactured under the best of circumstances.

Flameout®, however, has been purified by molecular distillation and stringently tested for PCBs, dioxins, mercury, and other heavy metal contaminants. The capsules also include a self-emulsifying delivery system, so they're virtually odorless, better absorbed, and don't result in a fishy aftertaste or "fish burps."

Maybe you're already using Flameout® or some other, hopefully up-to-par fish oil – most people are. But, if you're not, add reproductive health to the already-long list of reasons to take supplemental omega-3 fatty acids. 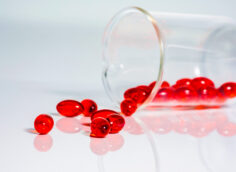 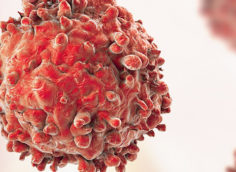 An old drug and a new supplement can help to activate AMPK, which may cause cancer cells to starve themselves. Info here.
C3G, Nutrition & Supplements, Plazma, Super Health, Tips
TC Luoma June 5