What's your reason? You want to die from a heart attack? You enjoy joint pain? Maybe you've embraced your love handles and don't want to get rid of them?

That's right, fish oil can help with all those things (and a lot more). I promise you by the end of this article you'll want to start using fish oil on a daily basis. If not, there's no hope for you.

First, let me open your eyes to the myriad of health benefits. If that doesn't impress you, we'll move on to the latest research (some exclusive and unpublished) regarding fish oil and fat loss.

Some of the most unreal data regarding fish oil consumption is in the area of heart disease. Around the turn of the latest century, one of the most incredible studies using fish oil was underway.

The researchers of the GISSI-Prevenzone study enrolled 11,323 people who had previously suffered from a heart attack. After 3.5 years, the ones who took 1 gram of fish oil each day had almost a 50% reduction in sudden death from heart attack. (1) That's amazing.

In other words, let's say there's a 100% chance that you're going to have a heart attack and die, instantly. If you take fish oil you have a 50% chance of living! Throw me a filet of salmon!

Another recent study in Japan found that adding fish oil supplementation to a statin regimen improved survival from heart attack by an additional 16%. (2)

Why all this heart talk? I mentioned all these because 1) they're amazing examples of the health benefits of consuming fish oil on a daily basis and 2) they've given us an insight into why fish oil can help with weight loss (more on that in a little bit).

Fish and Your Joints

Have the years of heavy squats, deadlifts, and bench pressing taken a toll on your joints? Are you 30 but have the knees of a 60 year old? You're not alone. Achy joints are the silent price many dedicated trainers have to pay for years of lifting up ungodly weight rep after rep.

Fortunately, you can find another way to wear your badge of honor. Countless people have had their joint pain vanish seemingly overnight through daily fish oil supplementation. While 1 to 1.5 grams of EPA/DHA are all you need to prevent death from heart attacks, relief from joint pain requires upping the volume.

A friend of mine takes three servings of Biotest's Flameout® each day to take his joints from feeling like they're 70 years old to feeling 30 years old. That's a lot of functional fatty acids, but it's well worth it since he can now live and lift pain free.

Okay, let's get down to what you've been waiting for – fat loss. If you've been around the fitness game for a while, then I'm sure you can appreciate the irony here. The compounds that have shown the best results in scientific studies regarding fat loss are CLA and now EPA/DHA, all three being fats!

Fats that make you fit are a far cry from the low fat/anti-fat movement that infected bodybuilders' nutritional plans in the 80's and 90's. The research regarding fish oil and weight loss is new and starting to gain ground. Clinical trials have shown that it works, and the more hardcore cell and molecular biology studies have shown potential mechanisms that explain why it works.

Let's look at some of the studies that have recently displayed the effectiveness of fish oil in helping shed those nasty pounds. The first one comes from the International Journal of Obesity where they took 324 overweight and obese men and women and put them on a reduced calorie diet. (3) These people then received either nothing, fatty fish, lean fish, or fish oil capsules.

Despite the odds, the men lost an average of 14 pounds, and the men that ate fish or took fish oil lost an extra 2 pounds. There was an added weight loss advantage even in the group of men that ate cod (non-fatty fish). However, the driving force behind this stumped the researchers.

One of the first studies to show the fat loss effects of fish oil was published back in 1997. The participants were put on a diet containing 50% calories from carbohydrates. Instead of supplementing with fish oil the whole time, 12 weeks into the study some of the participants were asked to replaced 6 grams of fat in their diet with 6 grams of fish oil for the remaining three weeks. (4)

What's the take-home message here? These two studies suggest that even when people are put on high carbohydrate diets, fish oil supplementation can increase fat loss and fat oxidation (especially in men).

The most popular fish oil and weight loss study as of late was published in the American Journal of Clinical Nutrition. (5) Unlike the previous two studies we've looked at, this study used a fish oil supplement that contained high levels of DHA (much like Flameout®).

In this all-male study, the participants were given either sunflower oil or DHA-rich fish oil. Some were instructed to exercise while others were not. The exercise component was walking at 75% of their maximum heart rate for 45 minutes, three times a week.

Regardless of the less-than-optimal program design, the fish oil and exercise people experienced decreases in body mass greater than any of the other groups combined. The authors noted, "Both FO supplementation and regular aerobic exercise reduced fat mass."

And here's some unpublished/unreleased info regarding this study, a T-Nation exclusive. One variable that the researchers measured but haven't yet reported on was heart rate. The fish oil group experienced a significant reduction in resting heart rate compared to the others not receiving fish oil.

Another way that fish oil mediates fat loss is through substrate utilization, as fish oil has been previously shown to increase fat utilization during exercise. Because we also saw a fat loss effect of fish oil independent of exercise in the first two studies, it looks like there are several mechanisms at work to boost fat loss – some exercise related, some not.

Ways That Fish Oil Can Work

The exact mechanism in which fish oil potentates fat loss isn't completely understood. There seems to be both exercise and non-exercise pathways. Here are some potential ways that fish oil can help boost fat burning:

You may be wondering why improving insulin sensitivity isn't on the list? If you examine the broad range of studies that look at this, you'd see that there doesn't seem to be much of an effect (if any), especially in healthy people. Potentially there may be an insulin sensitizing effect in people with type II diabetes.

How to Apply This Stuff Today!

With all the health and emerging fat loss benefits of fish oil, you definitely want to start taking some today. Here's how you can get started:

Fish oil should be one of your staple supplements, regardless of your goals. And if your main goal is fat loss, consider ramping up your dosage a little. Improved health, a longer life, and abs? That's tough to beat!

With apologies to Tony the Tiger, breakfast cereals sucks. And that includes the "healthy" cereals, too. Time to whip up some of your own using low-fat, low-sugar ingredients: low on calories, high on flavor!
Feeding the Ideal Body, Nutrition & Supplements
Chris Shugart January 17 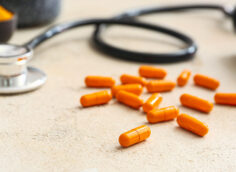 This health supplement should be a staple, whether your goal is more muscle, better performance, or just having a better shot at a long life.
Nutrition & Supplements, Super Health
TC Luoma June 24