In 2014, T Nation featured a prescient article by TC Luoma on the female low-testosterone "epidemic." Fast forward to 2020 and the American Urological Association (AUA) now includes testosterone supplementation for females as part of its core curriculum for urologist's education.

However, my aim is to build on the foundation of that 2014 article and take on some avant-garde ideas about testosterone's biologic importance to women.

Why Urologists and Not Gynecologists?

I encourage consulting with a urologist for supplementation because the urology approach is angled toward safely supplementing women (and men) who are symptomatic of low testosterone.

As the AUA stresses, low testosterone isn't simply a diagnosis of numbers from laboratory reference ranges, but rather a combination of testosterone level and symptoms such as weight gain, loss of muscle mass (sarcopenia), loss of bone mass (osteopenia and osteoporosis), fatigue, low libido, hot flashes, anemia, and depression or flattened mood.

Beyond that, however, I contend that practitioners should focus more on testosterone and far, far, less on estrogen and progesterone when it comes to female hormone replacement.

As far as men, "normal" testosterone levels according to lab reference ranges were established from 20-ish year old men. Ranges actually vary (from 187 to 1300ng/dl) based on the lab used. Insurance companies then establish the ranges for which they'll approve coverage.

For women, the data are more sinister since pre-, peri-, and post-menopausal testosterone levels are often lumped together and rarely parsed out for menstrual cycle effects, etc.

Since testosterone levels drop with age in both genders, the true "normal" level for any one older man or woman is difficult to know. For example, if a 55-year-old male presents a testosterone level of 250ng/dl and is symptomatic, it may be that his level as a 25-year-old level was 700ng/dl.

So rather than targeting a specific testosterone number or range, a urologist's overall goal should be symptomatic relief of symptoms while monitoring blood work to ensure safety. Unfortunately, there's no testosterone level for which symptoms are predictive, so treating the condition correctly is somewhat of an art form. 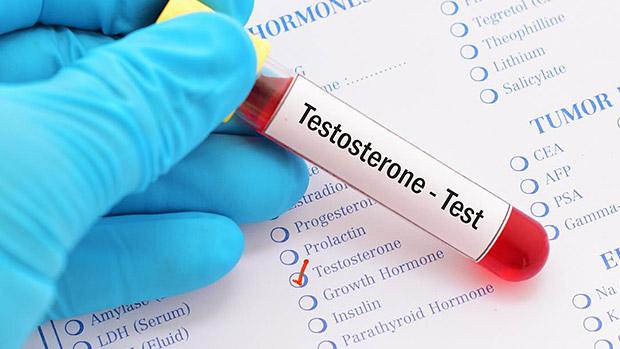 The Causes of Low Testosterone

The observation that testosterone levels decrease with age (starting at about 40) while the risk for cardiovascular disease (CVD), diabetes, and osteoporosis increase with age, suggests a putative causal link between the loss of testosterone and increased prevalence of these diseases.

There are several other etiologies of low testosterone. Of note, data also support that low T may be a result of certain drugs (opiates, marijuana) and chemical/environmental exposure (addressed below). One can't help but wonder which is the chicken and which is the egg.

Interestingly, the diseases that affect and kill Americans include many associated with low testosterone, such as diabetes, cardiovascular disease, depression, osteoporosis, and memory/cognitive function, to name a few.

The Dangers of Estrogen and Progesterone

The AUA has finally recognized the importance of testosterone in women's health, particularly in the post-menopausal female. T levels fall in women during menopause, and they often experience a concurrent loss of libido and muscle mass, along with non-lean weight gain, mental impairment, vasomotor instability, and fatigue – remarkably similar to what men experience.

Historically, though, hormone replacement therapy (HRT) in women consists of estrogen/progesterone. This type of HRT reduces hot flashes and delays the onset of osteoporosis. However, the risk of HRT-related cancers in most women isn't worth the minimal gains in hot flash reduction and osteoporosis.

Consider that 1 in 8 women will eventually be diagnosed with invasive breast cancer. In these women (or any woman with an estrogen-sensitive cancer), HRT is contraindicated.

However, it was recently shown that testosterone supplementation is a safe treatment for menopause symptoms, even in women with invasive breast cancer. Of course, there are non-hormonal medications to treat some menopausal symptoms, and these should, of course, be offered.

I've even found that testosterone reverses vaginal atrophy and reduced lubrication, while oral HRT (estrogen and progresterone) does not. (Topical applications of estrogen and progesterone do, however, reverse these problems.)

Again, I think we've missed the true roles of these hormones in both genders. Women often complain, "I want to have sex, but my body just won't." I've been treating men with testosterone and erectile dysfunction medications for years, but I realized that if I wasn't bringing the female partners along for the ride, I was effectively giving a monkey a loaded gun.

The end result is that my patients are very enthusiastic about testosterone, and to paraphrase Charlton Heston, I can have their T when I "pry it from their cold dead hands." 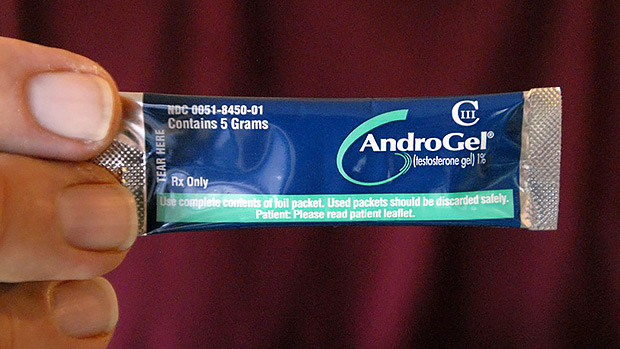 I let the patient decide and then modify the dose based on symptoms. Surprisingly, I have a number of women on "man" doses and with serum testosterone levels in the 100-280ng/dl range, none of whom exhibit adverse side effects like voice change, acne, or hirsutism (bearded lady effect).

In fact, several have lost weight with no change in diet. Most experience cholesterol and lipid panel improvements, and all have stable hematocrit. None have increased estradiol levels.

Amazingly, all of this is in accordance with much of the literature, the bulk of which shows that female patients don't aromatize testosterone to estradiol, experience a rise in hematocrit, or alteration of cholesterol or hepatic function. This is different than what's observed in men, suggesting that testosterone has overlapping but different roles in men and women at baseline.

Like whipping a horse 'til it can't run faster, you can supplement testosterone in men to outrageous levels (pro bodybuilder levels), but the biological benefits are capped and diverted, sometimes dangerously so (increased hematocrit, elevated estradiol, lipid/cholesterol, and cardiac problems and stroke, but remarkably no increased risk for developing cancer).

So the biological truth is that you need testosterone, but how much? No one's entirely sure, but we do know not too much, or else!

In women, estrogen and progesterone are also capped in terms of dose and duration via menopause. Menopause and its declining hormone levels may actually serve as protection from prolonged exposure to these hormones, and supplementing these at any phase of life increases cancer risk.

Case in point, several cancers, such as breast, endometrial, ovarian, and lung (and even prostate cancer in men!), are estrogen sensitive. Could it be that the rise of these cancers among women is in part due to supplementation of estrogen in youth and post-menopause?

Watch Out for Hidden Estrogen

The rise in cancers might also be caused by general over-estrogenization (of both genders). Estrogen and estrogenic compounds (ECs) are ubiquitous in our environment, so that in addition to the estrogen women get from HRT, they also get it from food. These ECs are chemicals with the ability to activate estrogen target genes.

Plastics and pesticides are accumulating in our bodies through our diet and the environment (air). ECs are found ubiquitously in water and food sources. Biological amplification is a serious problem. The feed given to animals (cows, chickens, etc.) is covered in pesticides and antibiotics. These compounds accumulate in the tissues of these animals. When consumed, you end up taking your dose from your food, plus the animal's dose.

As such, women and men alike should consider "mixing it up" a little, i.e., eating more protein from plant sources instead of getting it all from meat sources. And, as indicated, women might consider testosterone replacement over conventional HRT.

Do Not Go Gently Into That Dark Night

Perhaps the loss of testosterone in post-menopausal women is just an unfortunate physiologic casualty of aging rather than a physiologic imperative. Arguments in favor of this idea include the fact that supplementing testosterone doesn't have the same adverse consequences as supplementing estrogens/progesterone.

In addition, I submit that even osteoporosis is due to loss of testosterone in men and women, as osteoporosis develops in men with prostate cancer on ADT (androgen deprivation therapy). If estrogen is truly the bone preserver, then why the osteoporosis?

The medical community has been myopic in its view of testosterone in women and its over-utilization of estrogen/progesterone HRT. Believing that "what is gone must be replaced" is what defines female health is reflexogenic and an oversimplification of biology.

Evolution has selected that human females should, at some point, stop producing estrogen and progesterone. Maybe we should heed this evolution. Of course, our species is unique in that the female outlives her reproductive capacity. As such, living longer and stronger with good quality of life should be the goal for women. 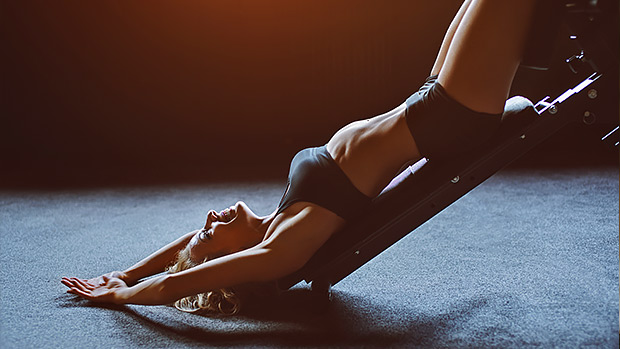 What About Pre- and Peri-Menopausal Women?

The data are lacking in respect to safety regarding pre- and peri-menopausal women. We do know that women taking estrogen-based birth control can have reduced testosterone levels and a lack of libido. And the extra estrogen certainly isn't helping the long-term cancer risk or physiques of these women.

We also note that the over-production of testosterone in young women is associated with polycystic ovarian syndrome (PCOS) and diabetes. This again gets back to the idea of the appropriate balance of hormones relative to the stage of life.

Seek and Ye Shall Find

The idea of testosterone in women and men is sort of a tale of what's old is new again. The important point is that fears of female masculinization need to be diminished. However, since medical liability drives so much of how medicine is practiced, physicians are slow to adopt new ideas.

Seek out physicians who really want to help optimize your health and keep you safe.

Related:
A Wonder Drug for Women 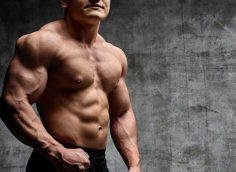 What is gynecomastia? What causes it, how can you prevent it, and what can you do if you already have it? Answers here.
Health & Longevity, Living Better
TC Luoma January 23 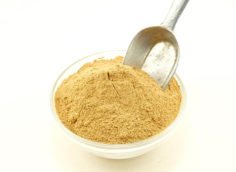