"Crap," you thought, "I've been wanting to try testosterone replacement therapy, but I don't want to die!" Well, according to the real research, you won't. In fact, healthy testosterone levels are actually associated with improved health overall.

So if you're thinking you're suffering from low T and want to do something about it, read on, and then go see a good doc.

About sixty years ago, in a galaxy known as the baby boomer 1950s, men with metastatic prostate cancer were given drugs that lowered testosterone, and their cancer got better. Thus, it was thought that higher levels of testosterone meant higher risk of prostate issues.

The Truth: "No one has found additional evidence to support (the above) theory," notes Dr. Abraham Morgentaler, an associate professor of surgery at Harvard Medical School and the director of Men's Health Boston.

As he explains, several small-scale studies on T therapy showed a small increase in prostate cancer rates, BUT that rate was at about 1 percent per year – the same rate as expected with men of the same age not using T therapy.

Logically, risk of prostate cancer increases with age. At the same time, T levels fall. Thus, the two are inversely correlated. So, as T levels go down, prostate cancer risk goes up. Not the other way around. However, if you already have prostate cancer, T therapy isn't recommended.

This is because low T is a risk factor for things like obesity, insulin resistance, and high blood sugar, all of which increase your risk for atherosclerosis (hardening of your arteries... which is bad).

In one super long, super big study, researchers stalked over 1000 men for three years. There was no correlation between T therapy and heart disease.

Myth 3 – Testosterone Therapy Will Kill You

Thank media hype for this one. Because of the bad press linking T therapy to things like prostate cancer and heart disease, T therapy came to be known as a hit man.

So, it's back-asswards to say that higher T is related to higher risk of death.

Science agrees. There are significant ties between T levels and all-cause mortality. One study showed that every 6 mmol / L increase in T correlated with a 21 percent lower risk of all-cause mortality. Another study followed almost 800 men, followed up with them 12 years later, and found that higher T levels were related to less risk of death.

I Want to Try It

Always talk with your doc about testosterone replacement therapy before going for it. There are risks involved, but those are generally linked with high doses that wouldn't be prescribed by a good doctor. Don't be "that" guy.

Don't expect it to be some kind of magical cure-all. You still have to do the work. But testosterone therapy isn't the psycho killer some have made it out to be. What it WILL do is help put you back in balance.

The mainstream media would have you believe that hGH is the holy grail of ergogenics, but is it?
Living Better, Pharma, TRT
Bryan Krahn April 9 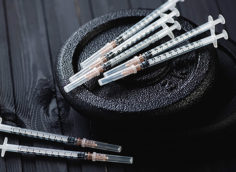 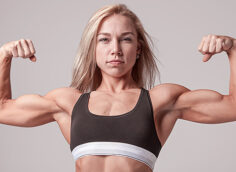 Educated strength coaches and lifters in general keep making this same mistake over and over again.
Our Opinion
TC Luoma May 7