Lifting weights is about as similar to distance running as a Tesla is to a pork chop, but there’s a profoundly important lesson that lifters can learn from distance runners, or at least from one very special breed of distance runners.

A Tribe of Super Kenyans

Let’s first consider the marathon, as perverse and masochistic event as there ever was. Running a marathon in under two hours and ten minutes is damn good and damn rare – only 17 Americans have ever done it. But in Kenya the sub 2:10 minute marathon isn’t so rare. There, in the relatively small region of land known as the Rift Valley, lives a tribe of people known as the Kalenjin. A sub 2:10 minute mile? Hrummpph. The Kalenjin ran 32 of them in just one month in 2011.

How is it that these tribesmen are so much better at distance running than everybody else? Is it a chemical from the tree that they use to make the spoons with which they eat their porridge? Is it living at altitude? Maybe it’s their body type. The Kalinjen evolved in a hot, dry climate, so they have very long and thin legs with lots of surface area for the heat to dissipate. The calves are very long and skinny, which creates an optimum pendulum-like effect when they run.

All of those theories have been thoroughly investigated, but it’s probably a series of races in the 1968 Olympics in Mexico City that provide a clue as to the real reason behind the success of the Kalinjen.

6 Races With a Blown Gallbladder 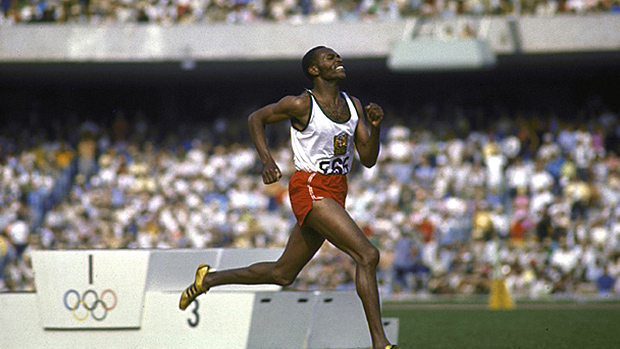 Kip Keino, a member of the Kalinjen tribe representing Kenya, was entered in three running events in the 1968 Olympics: the 1500 meter, the 5000 meter, and the 10,000 meter. That meant he had to run, including the qualifiers, six grueling races in eight days, and hardly anybody does that, Olympics or no.

To make his challenge even more daunting, Keino had a painful gall bladder infection, which typically makes running almost impossible because it sends a knee-buckling wave of pain through your body every time you take a deep breath.

Keino collapsed during the first race and was restricted to his bed, told by his doctors to rest because running another race could quite literally kill him. Keino figured that if he was to die, he’d rather do it while doing what he loved most. So he flipped his apoplectic doctors the mental bird and proceeded to run the next two races, despite every searing nerve ending and reluctant slow-twitch muscle fiber in his body telling him to stop.

The result? A gold medal and a new Olympic record. Keino’s performance heralded an age of Kenyan distance-running dominance that persists to this day. Sports journalists agree that the Kalinjen tribe represents the greatest concentration of athletic talent in history.

Are you starting to formulate a theory about the Kalinjen’s running success? If you’re guessing it has to do with mental toughness instead of herbs, training at altitude or even physiology, you’re right. But we’re not just talking about the ability to keep a stiff upper lip when you have a blister. No, it’s a mental toughness that was genetically bred into the Kalinjen over hundreds of years.

If you visit the Rift Valley, you might notice that a surprising number of 12 to 15-year-old boys carry ugly scars and burn marks. Your impulse would be to suspect parental abuse, but the wounds are actually self-inflicted. The boys “practice” pain in order to prepare themselves for the seminal event of their lives.

Circumcised With a Sharp Stick

At about the age of 15, Kalinjen youth are subjected to a manhood ritual that’s about one thing and one thing only – enduring pain. Most of these rituals begin by forcing the boy to crawl naked through a tunnel of African stinging nettles. He’s then beaten with sticks on the bony, sensitive part of the ankle. The knuckles are then squeezed together with vice-like pressure and the formic acid from the stinging nettles is wiped onto the genitals.

In some versions of the ceremony, mud is then caked onto the face and allowed to dry (for a reason that’ll make sense in a minute). Then comes the ultimate agony, circumcision, only the circumcision isn’t done with anesthesia and surgical instruments. Instead, it’s done with a sharp stick.

Meanwhile, if so much as a crack has appeared in the dried mud from an errant flinch, grimace, or quiver, the initiate is labeled a “kebitet” or coward, and stigmatized by the whole community. As penalty, he isn’t afforded any economic opportunities. He’ll be landless and cattleless, so he won’t be able to afford three, two, or even one wife and he won’t be able to transfer his cowardice to any offspring.

If, however, the boy passes the ritual, he’s taken to a hut on the outskirts of the village and allowed to heal, with this one proviso: if he wants to leave the hut, he must run at top speed, regardless of how much his wounds hurt.

Thus it’s been for all or most of their history. Kalinjen are taught to withstand pressure and tolerate pain, and this tolerance becomes part of their genetic coding. Running marathons is for them largely just a matter of ignoring pain and discomfort. 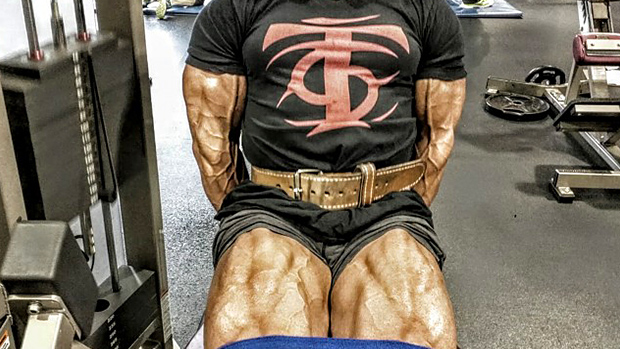 It’s safe to say we in the Western world haven’t been raised to embrace pain. Rather, we’ve been raised to avoid pain, both emotional and physical. Sure, a lot of American women might defy norms and choose to endure the pain of a Brazilian wax job, but it’s hardly the same rite of passage the Kalinjen endure.

American men certainly aren’t any less fearful of pain, not by a long shot. When the only time you experience some hurt is during a drunken tattoo or when your skinny jeans chafe your thighs, and the biggest risk you take is eating a slice of white bread, you’re really offering a weak genetic brew to any potential offspring.

Too bad, because the ability to endure pain and persevere is a huge predictor of success in life and probably the most important predictor of success in the gym. Sure, a training program may be important, as well as good form or technique, good diet, quality supplements, and even the number of hours logged in the gym, but it all pales in comparison to the ability to persevere, to work through discomfort and even pain.

Want to predict someone’s chances of progressing in the gym? Watch to see if they grimace while lifting. Okay, maybe they possess Kalinjen-type stoicism towards pain and wouldn’t crack a dried mud mask, but if their face reddens or their limbs tremble or if they sometimes double over after a set, you’ll know they’re hurting. Watch to see if they have to sometimes psyche themselves up to do a set. Watch to see if they’re covered in a sauna bath sheen of sweat on the coldest day of the year.

Those are the men and women who’ll actually look different in six months, a year, two, and beyond. Too many lifters go through their entire lifting lives doing set after set with the same dispassionate, bored look on their faces they’d have while watching “Weevils, Insect Lords of the Prairie,” on PBS.

A Small Price to Pay

You don’t need to be a Kalinjen to learn how to persevere. Consider that some of the new generation of Kalinjen are moving away from their old rituals, having their circumcision performed in the relative comfort of the hospital, with no metrics to measure tolerance of pain.

Will this put an end to their long-distance running dominance? Many of the modern Kalinjen don’t think so. They believe they can teach perseverance simply by extolling its importance and not shying away from everyday pain or training pain.

It’s a good lesson to learn.