Here's a quote from a book written by a German doctor:

"Optimal times for beginning therapy range between the fifth and twentieth day."

It seems innocuous enough, until you find out that he was talking about giving methyltestosterone, an anabolic steroid, to babies that were between 5 and 20 days old that were born prematurely or underdeveloped in general.

No doubt you're thinking this German doctor studied under Mengele, right? Apparently not. Although the book was published in 1968, it contains no leftover undercurrents of Nazi medical theory from the 1940's or anything else ethically suspect.

The book's succinct title is "Anabolic Steroids," written by a Dr. H.L. Kruskemper and it's a remnant of a possibly more enlightened era when testosterone and anabolic steroids in general were being used to treat a large number of medical problems, including those afflicting children and babies.

Headache? Take Two Dianabol and Call Me in the Morning

The 50's and 60's were heady days for testosterone and steroids. Medical studies were widespread, as was their clinical use. There were the obvious uses, like treating malnutrition, protein deficiencies, and anemia, but they were also studied and used to treat diseases of the skeleton and diseases of the musculature.

Kruskemper even describes a study of muscular dystrophy patients treated with steroids:

"In about 20-50% of the cases, a clear-cut influence on the body weight (and on the growth rate of children) was achieved, as well as considerable improvement of mobility and muscle power associated with the subjective report of work capacity."

They were used to treat diseases of the kidney (to facilitate healing, at least), diabetic retinopathy, hyperthyroidism, diseases of the heart (having a positive effect on cholesterol levels), and even, somewhat counter-intuitively to today's beliefs, liver disease.

One such study was done on 50 liver patients who'd been given 100 mg. of testosterone propionate every day for 12 days, and then every other day for several months. These patients were then followed for 6 years.

"Thirty responded to testosterone therapy not only with a subjective improvement, but also with an objective decrease of portal pressure, decrease of ascites, and with an improvement in liver function tests."

Kruskemper concluded that the "reported cases are so convincing that this therapy is indicated in all cases of cirrhosis of the liver."

Steroids were even used post-surgically to allay catabolism.

And it's not like the doctors and researchers of the time were unaware of the potential side effects of steroids. In fact, pretty much everything we currently know about steroids was discovered in their earlier days.

It's just that yesterday's doctors seemed to be more apt in separating fact from paranoid fantasy and they could objectively weigh the cost/risk benefit of steroid use without having to contend with public perception.

Granted, some of the things they were trying to do with steroids were probably ineffective and worse, unwise (like using them on babies), but something happened to put an end to continued steroid research and therapies.

Olympic officials first started testing for steroids and other performance enhancing drugs in the 1968 Winter Olympic Games, which coincides with the year Kruskemper's book was published. This is when the public first became aware of how steroids could improve strength and speed.

Americans were shocked. After all, you could make a case that sport is the true religion of the United States and using drugs to improve strength or speed wasn't just unfair, it was immoral. These terrible drugs had besmirched the sanctity of sport. Besides, they were making women, mostly Soviet women, look and talk more like men, and that didn't hold right with most 'Mericans. 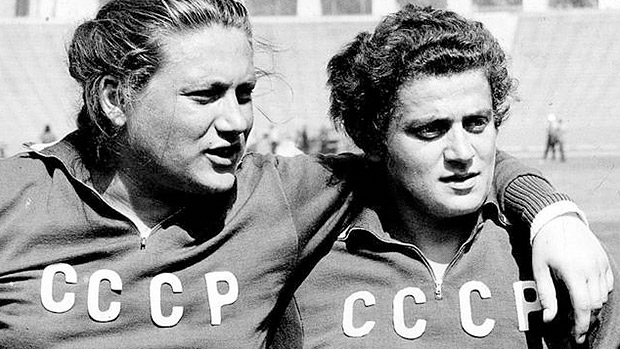 And so a deep stigma set in about steroids, one from which the drugs have yet to recover. The stigma trickled down into the medical world, too, and doctors and researchers cast aside the drugs and almost all research involving them.

Should Medicine Take Another Look at Anabolic Steroids?

The most definitive fact about steroids is that they stimulate protein synthesis. That, in itself, makes them extremely valuable in treating a whole host of conditions or diseases, so why not use them when applicable?

It does seem that some modern-day researchers have rediscovered the merits of testosterone, at least, in treating disease. Most recent studies have been done in the aged or hypogonadal, but they may be proof that the stigma against these drugs might by fading.

These studies have at least suggested that testosterone can be beneficial in treating congestive heart failure, alleviating depression, improving cognition, reducing systemic inflammation, speeding up healing from hip fractures, and staving off age-related sarcopenia.

These are all logical uses, but if I could work my will, I'd extend their research and use to at least include treating diseases of the musculature, speeding up healing from injury or even surgery, and offsetting the effects of chemotherapy. (See A New Way to Use Testosterone.)

These drugs are far too valuable to be cast aside because of the reputation they gained in helping athletes cheat, or because of stubborn mythologies about their detrimental effects, some of which, while real, can be controlled through proper dosing and the use of secondary drugs.

For athletes, big muscles are never the problem. Excess body fat is.
Blogs, Opinion, Strong Words
Christian Thibaudeau June 1
As part of an agreement with Testosterone Magazine, excerpts from my new book will be published in the coming months. These excerpts detail the use of performance enhancing drugs by elite athletes as well as those in non-athletic populations.
Living Better, Pharma, TRT
Chris Street July 6

The biker put him through a workout that was decidedly unscientific, but it taught Darren a lesson about lifting. Hope you've got some equipment in the room because you're going to want to hit the weights right after you read this.
Opinion, Powerful Words, Strong Words
Darren Ellis July 25 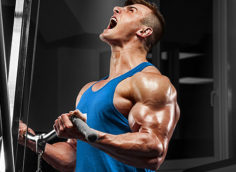 Here's why you need to up your carbs around workouts to keep your testosterone high.
Carb Control, Cortisol Control, Nutrition & Supplements, Testosterone Optimization
Sam Miller October 2