I’ve judged NPC shows on the regional level in New England for approximately twenty years, as well as a few Fitness America shows and a few other now defunct organizations.

Like most old-school purists, I didn’t love the inclusion of new divisions such as bikini and I got all grumpy about dudes wearing long, flamboyant surfer shorts in the Men’s Physique division.

Still, while I may have had my issues with the inclusion of those divisions (where’s the muscle?!), I acknowledge that they were at least all based on the foundational concepts of physique sport: proportions, symmetry, and balance.

Not so with the new “Wellness” division that makes room for women who have thick legs and glutes but a bikini competitor’s top half. 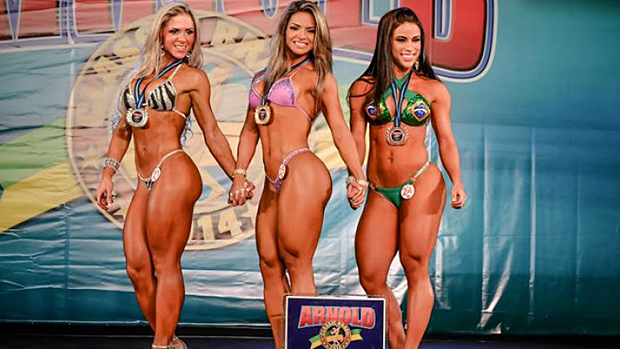 Problematic name aside, the Wellness division is not actually new per se; it’s just new to the US. It’s popular in other parts of the world, and I even judged a show in Panama a few years ago that featured that division.

While the gals who compete in the Wellness division are stunningly attractive – especially for those who like the look of thicker legs and glutes – it often looks like someone glued together the upper and lower bodies from separate people. It allows these leg/glute heavy women to compete where they may not have done well in say, bikini, figure, or physique.

Sound like an unbalanced physique? It is! I’ve since labeled it the Thickness Division. These women don’t represent a proportional, balanced physique, which is the foundational focus of physique sports and what’s supposed to separate them from a basic beauty show or T&A extravaganza.

While I, as a man with healthy, functioning sex organs, find thick legs and glutes terribly attractive, my judge brain just says “nope.”

When I voiced my objections, one NPC judge responded,

“That’s just it. This division is not about symmetry and balance. This division was made for the girls who are more muscular on their lower half. Brazilians, Colombians, and Venezuelans are the perfect athletes for this division.”

Translated, that means to hell with proportions and balance. These women can’t fit into the other divisions because they don’t have either the genetics and/or the drive to fit into them, so let’s supply one they can compete in to be more inclusive.

Okay. How about a wide-waisted division for guys like me? Or a division for pancake-butt women who can’t grow glutes at all, no matter how hard they try? Maybe even a Dad Bod division?

Well truth, as they say, is stranger than fiction because one show has instituted a Dad Bod division. I shit you not. Sure, it’s all in good fun, but where does it stop? Of course, that show isn’t sanctioned by any major organization, but let’s say it was widely popular at that show and it caught on.

With our all-inclusive, everyone should get a medal for just participating, striving for mediocrity society, could the Dad Bod division end up in more shows? A few years ago I would have said no, hell no. Today? I’m really not so sure. 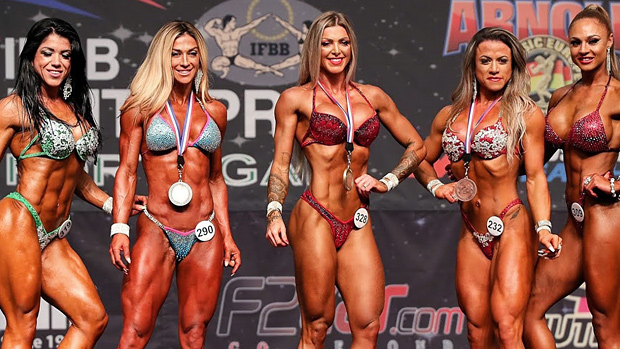 Heap Big Woman, You Made a Bad Boy Out of Me

As far as the inclusion of the big-bottomed Wellness division in the NPC, I fully understand business is business and if they don’t fill seats and have competitors, there’s no NPC.

The NPC, like all orgs, is stuck between a rock and a hard place on this type of issue, and this is in no way intended as a negative spotlight on the NPC or powers that be.

But, if the essential aspects of the physique sports that have bodybuilding as their underpinning – which is a focus on proportions, symmetry, and overall balance – are abandoned in favor of being more inclusive, it’ll be a short-term gain but a long-term loss.

In my admittedly jaded view, it’ll just be another victim of the current trend to allow everyone to compete in a given endeavor whether they should or shouldn’t.

For this grumpy, old school purist, that’s truly where bodybuilding will have officially jumped the shark. Now if you’ll excuse me, I’m gonna go look at some more pictures of women from the Wellness division.