People who have never heard of John "Mountain Dog" Meadows know him.

Maybe they're doing a certain exercise invented or popularized by him. Maybe they're organizing their workout programs a certain way. Or maybe they've changed how they eat because of him.

They may not know this because John's teachings have permeated and forever changed the lifting culture. And that's how you know that John surpassed those ephemeral labels of "bodybuilder" and "coach." We call that type of person a legend.

John will be remembered not just as a bodybuilder and coach but as a loving husband and adoring father. Knowing John and his dedication to his wife and sons, he'd probably prefer the latter.

We've lost a good man, but we've gained a legend. 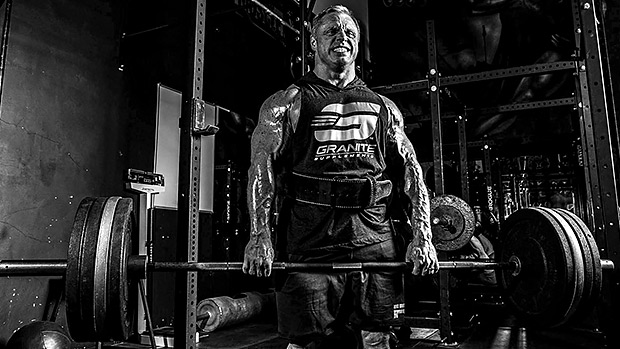 By now, you've probably read dozens of comments just like mine. So I won't bore you with platitudes that would not even come close to expressing how amazing of a person John truly was. He was one of the best humans in our field, and I enjoyed exchanging and learning from him. To one of the few great ones, you shall be remembered. – Christian Thibaudeau

You can't take your big muscles or bench numbers with you when you leave this world, but you can leave your legacy to positively influence others. And John certainly did that. There was no better person in bodybuilding to be around, interact with, and learn from than John. He left his mark on the timeline of strength. – Nick Tumminello

John was more than a friend to me. Kind, genuine, caring, hard-working, and generous are a few words that come to mind. You will be greatly missed. – Mark Dugdale

Anyone who's ever met John or followed him knows he was the nicest dude in the industry, period. Super passionate and was always helpful with no ego... which is crazy given his accomplishments. Thank you, John, for constantly sharing your knowledge and being a solid, amazing human to boot. You will be missed by everyone. – Mike T. Nelson

John was a legendary bodybuilder, but more importantly, a true gentleman. He was someone I had the ultimate respect for, both professionally and personally. His memory will live on in the lives of so many he has touched. – Brad Schoenfeld, PhD

We could all learn some valuable lessons from this guy. It wasn't just that he was knowledgeable. I mean, he was incredibly knowledgeable, but it was how he did it. He did it with kindness and humility, and in that I stand convicted. As an industry, we can do better. I can do better. Thank you for setting the bar, John. – Travis Mash

What hormones, the pill, and scent can teach us about sex, attraction, and having better relationships.
Opinion, Strong Words, Tips
Chris Shugart October 28