Is All Hair Loss the Same?

No. In fact, there are numerous types of hair loss that can occur due to different things, such as autoimmune disorders or from using certain medications. But the most frequently occurring and frustrating is the type known as androgenetic alopecia.

Androgenetic alopecia simply means male pattern (or hereditary) hair loss. This doesn’t mean that it occurs solely in men, however. Women get it, too. Regardless of who’s suffering from this type of hair loss, it’s important to understand the underlying causes so that it can be fought.

The most common causes include:

The good news is, even if you’re already experiencing hair loss, or have a very strong predisposition to it, you can start using some of the currently available products and experience benefits.

Quite likely the most popular hair loss treatment on the planet, it originally went by the name Rogaine. Today, there are numerous brands you can purchase over the counter, generic brands being considerably cheaper than big name brands.

Minoxidil was originally developed for use in hypertension, but was discovered to cause excessive hair growth (hypertrichosis). At the time, this excessive hair growth was merely regarded as a side effect, but it was quickly determined that the drug could be used to treat hair loss in susceptible persons.

Minoxidil’s mechanism of action is due to its ability to increase blood flow to the hair follicles, which subsequently promotes delivery of nutrients and oxygen to the starved follicles. Minoxidil is currently one of only two FDA approved treatments for hair loss, and is available in various strength preparations, higher concentrations being superior.

Ketoconazole was primarily used as an anti-fungal agent, at least until it was discovered to have anti-androgenic effects. In fact, it’s this same effect that makes ketoconazole (Nizoral) exceptionally good, since it has the ability to treat hair loss of a fungal origin as well as androgenetic alopecia.

This is a diuretic agent used to help manage hypertension. It also seems to be another case of an accidental discovery. Spironolactone, when taken orally, was found to be another potent anti-androgen, binding with androgen receptors and blocking their effects. However, subsequent research found that it works equally well when applied topically to the scalp, but without the negative effects (sexual dysfunction, loss of motivation) that occur when taken orally.

Finasteride is an extremely popular medication used by thousands of men to treat symptoms of an enlarging prostate. However, it’s also exceptionally good at treating symptoms of hair loss; so effective in fact that it’s the only other FDA approved treatment for hair loss besides Minoxidil.

Frequently appearing as the brands Proscar or Propecia, finasteride is a 5-alpha reductase inhibitor, capable of preventing the conversion of testosterone to its metabolite DHT.

However, Finasteride is often not kind. It’s notorious for its range of negative sexual side effects, including inability to maintain or achieve an erection, as well as causing libido and ejaculation issues. In the past, Finasteride was deemed ineffective when used topically, but a recent study determined that a topical form was effective if combined with Minoxidil for maintenance (after an initial two years of oral treatment).

Finasteride is currently being studied for causing a phenomenon known as “post finasteride syndrome” or PFS. PFS is attributed to changes in neuro-chemical levels following cessation of its use, resulting in suicidal idealation and depression, along with total loss of sexual function. It’s likely that the results of the study, along with mounting pressure from consumers, could result in its withdrawal from the market completely.

Though many men aren’t aware of this hormone, much less its use in hair loss, it remains a potentially viable option. Considered a female hormone, progesterone is also produced in men but in smaller amounts.

It’s a potent inhibitor of the 5-alpha reductase enzyme and can suppress excessive estrogen levels, thus preventing estrogen dominance. That means that topical application of a progesterone-based cream is likely to help treat hair loss, as well as excessive production of DHT.

Progesterone levels decline rapidly in men over 45, which would also help to explain the accelerated rate of hair loss that happens around this point, as well as with the appearance of many DHT related issues like enlarged prostate. (However, progesterone’s estrogen-controlling effects may be more of an issue in preventing BPH than progesterone itself.)

The above options may not suit the needs of everyone. As such, consider these alternative options:

Growth hormone (GH) is an important anti-aging hormone, but levels start to rapidly decrease after the age of 30. Decrease in natural production of this hormone leads to accelerated breakdown of connective tissue (hair, skin, and nails) as well as other types of cells. Declines will also accelerate aging.

Decreased levels of GH also cause hair to grow much slower, gray faster, and in general be in poorer health. Lower levels of IGF-1, the principal hormone that mediates the effects of GH, also accompany lower levels of GH in the scalp. However, by promoting natural synthesis of growth hormone and IGF-1 levels in the scalp, hair loss may be prevented or partially reversed.

This may explain why some people experience transient hair loss when transitioning to a low carb diet. As the body becomes accustomed to a fat-based metabolism, IGF-1 levels drop, thus presumably accelerating hair loss.

Phytoestrogens are the estrogen-like compounds derived from plants that may have similar effects to estrogen when consumed. In general, consuming too many highly estrogenic phytoestrogens (such as soy) is bad. They’ll throw your optimal testosterone-to-estrogen ratio out of whack.

However, a small amount of phytoestrogens might be extremely helpful, especially since they help to reduce the amount of DHT active in the scalp. Many phytoestrogens aren’t strongly estrogenic and bind to your estrogen receptors without causing estrogenic effects. Given that fact, it may be best to consume your phytoestrogens from proven sources, such as pomegranates or resveratrol.

Though soy itself is a phytoestrogen and not desirable for regular consumption, the use of its supplemental isoflavone component in combination with capsaicin (cayenne pepper extract) has been shown to boost dermal levels of IGF-1. Diminished levels of IGF-1 has shown strong association with hair loss.

While not approved for use in humans, an underground topical anti-androgen known as RU-58841 has been found to be extremely potent in preventing DHT from interacting with receptors found in the scalp.

The only human study was conducted in 2002, but it appears that it was abruptly ended, so no conclusions were drawn. It’s also important to note that RU-58841 was renamed PSK 3841 somewhere along the lines of rights transfers, so it’s not uncommon to see it going by that name, too.

Regardless, keep in mind that it’s unapproved, illegal for use, and expensive to acquire. Still, there are many guys who order it online regardless and have been using it with good results. However, it’s impossible to know the long-term effects or whether you’re actually getting what you ordered. I can’t encourage the use of it, but you’re free to make an educated decision.

Azelaic acid is a topical preparation that’s purported to have anti-inflammatory, 5-alpha reductase blocking activity, as well as being an anti-microbial agent. It appears to be primarily effective in treating another form of alopecia named alopecia areata (an autoimmune skin disease), but it also shows promise in treating androgenetic alopecia when combined with a stronger 5-alpha reductase inhibitor.

L-carnitine has been shown to promote hair growth, at least in vitro. This is attributed to numerous mechanisms, one of the more crucial being its ability to improve the functional ability in follicle mitochondria, which may have been shrunken from DHT suppression. At a minimum, a carnitine supplement could be used as an adjunct to stronger therapies. 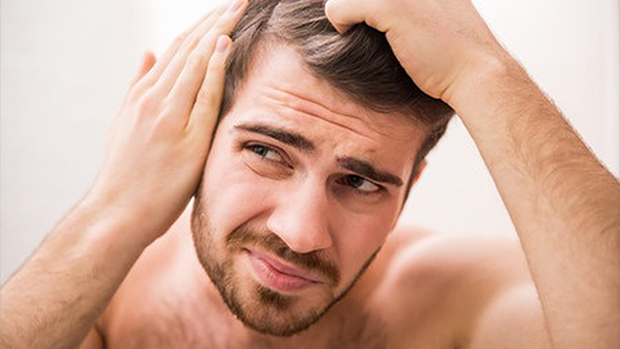 If you’re genetically susceptible to hair loss, there’s no easy 1-2 punch in preventing it. However, it’s quite possible to reverse or maintain your current levels of hair by employing a “cocktail” of ingredients. Many popular shampoos and other topical products contain many of the following ingredients. As a good rule, though, be sure to use a few of them.