I can't stand it when celebrity athletes drop some poorly thought-out nutritional soundbite. The morons out there hear it and think, "Duh, he great athlete. He great because he not eat gluten. Me copy that and be great, too. Can I pet the rabbits now?"

Case in point, Tom Brady, practitioner of the way stupid "TB12" diet that's named after him, recently confessed to eating chocolate after a game for the "antioxidants."

Sure, dark chocolate with cocoa levels over 70% contains a lot of antioxidants, but pretty much anything plant-based and edible contains antioxidants. Munching on some tree bark would probably be equally effective in squelching his post-game free radicals.

But I'm not trying to disparage chocolate. No way. I'm a huge proponent of chocolate or cocoa, but especially cacao (the least processed form of cocoa) because it's one of the most polyphenolically dense foods there is. It's just that eating it purely for its antioxidative powers is like dating Elastigirl because she can get you a beer from the fridge without getting off the couch... or something like that.

No, chocolate/cocoa/cacao's abilities are much more far-reaching than that. Beyond all its impressive health attributes (improving glycemic control, blocking cholesterol oxidation, and arresting tumor growth), chocolate/cocoa/cacao substantially coaxes the body into making more nitric oxide, increased amounts of which have been shown to increase athletic performance (and also inspire truly impressive erections).

That's why I want Brady and other athletes to consider doing the opposite of what he recommended, and that's eating chocolate, or, better yet, cacao, before a game instead of after.

Nitric oxide controls vasodilation, blood rate, and mitochondrial respiration (the process through which ATP is manufactured) and can thus positively affect athletic performance.

Granted, physical activity itself increases blood levels of NO. The body does this through at least a couple of mechanisms: It can (1), make NO, or more specifically, nitric oxide synthase (NOS), from the amino acid L-arginine, or (2), make NO from the inorganic nitrates contained in green leafy vegetables, fruits, cereals, or even cured meats.

However, like any reaction, the manufacture of NO is limited, but the flavanols and flavonoids in chocolate/cocoa/cacao can keep the NO machinery churning. It's possible that these polyphenols preserve the intracellular arginine pool, thus augmenting and extending NO production. Alternately, or possibly simultaneously, chocolate/cocoa/cacao might interfere with metabolites that inhibit NO production.

Regardless of the mechanism, each of the members of the chocolatey trio increase NO production and, subsequently, both endurance and strength. It's been shown to be true in weightlifters, runners, and cyclists, but I suspect the results would transfer to aging NFL quarterbacks, too.

To be fair to TB, he's on the right track regarding chocolate – he just doesn't know why, and his timing is a little off. That's too bad, because my advice is especially applicable to guys his age because NO levels start to decline at about 40. Men in their 50's and 60's produce only half the NO they did when they were in their 20's.

As far as his habit of eating it after a game, it's not a horrible idea. Some studies have shown that eating chocolate/cocoa/cacao every day, regardless of the time of the day in relation to exercise, will cause a systemic increase in NO levels. However, taking it BEFORE training or an athletic event (or before sex) will provide an especially powerful jolt.

To increase levels of NO before physical (or sexual) activity, eat about 20 grams (probably a couple of squares, depending on the brand) of chocolate about an hour or so before you want it to kick in. Regular chocolate bars won't do, though. You need the good stuff, i.e., the high-cacao, dark stuff that hopefully came straight out of some Peruvian witch doctor's hut. Look for stuff that's 70-80% cacao.

Alternately, and preferably, buy yourself some pure, organic cacao. It doesn't mix all that great in liquid, but take about 5 grams of the stuff (a rounded teaspoon) and drown it in some liquid until it gives up and stays immersed. Wait around an hour. Then put on your pads, crowbar your erection down into your pants, and go to work. 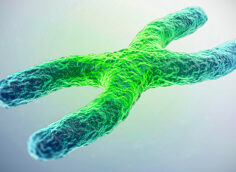 Research finds that simply eating a certain snack food will probably help you avoid some of the worst diseases and possibly extend your life.
TC Luoma July 18

Men need it, but if you have too much your health risks skyrocket. Oh, and you'll be a pudgeball. Here's how to keep estrogen under control.
Nutrition & Supplements, Resveratrol, Testosterone Boosters, Tips
TC Luoma July 21 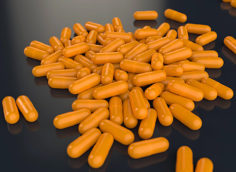 This stuff helps reduce soreness from hard training, but its potential benefits go far beyond that. Check this out.
Curcumin, Nutrition & Supplements, Super Health, Tips
TC Luoma June 8
Despite what you might think from the title of this article "Man Fuel" is NOT the name of a new supplement from TwinLab. Instead, it's the name of a new Question and Answer column from Testosterone contributor Mike Roussell.
Feeding the Ideal Body, Nutrition & Supplements
Mike Roussell, PhD April 25