You know how every time you have dinner with your family, someone, usually a concerned wife or daughter, adopts the role of dinnertime scold and rebukes dad or grandpa for using too much salt?

"Now Dear, you know what Doctor Charlatanski said about salt and high blood pressure... so honey, put that shaker down or I swear I will stick this steak knife so deep in your eye that it'll come out of the other side of your skull. And please pass the meatloaf."

Sure, who hasn't heard that exact refrain at least a dozen times?

Well, I've got good news for pop and grandpop and anyone concerned about the role salt plays in hypertension: Virtually all the fears we have about salt's effects on high blood pressure stem from two ridiculous studies, one from 1904 and another from the 1970's.

Back in 1904, some French doctors reported that 6 of their patients had high blood pressure. They also noted that the same patients used a lot of salt on their food. That's all it took to get salt phobia rolling for the next hundred years. No clinical evidence, just the most casual of observations.

So yes, eating over a pound of sodium a day would likely cause a human to develop high blood pressure. It would also cause his kidneys to explode out of his back and ruin the upholstery in his Volvo.

Regardless, the U.S. Senate's Select Committee on Nutrition and Human Needs embraced Dahl's work and in 1977 they recommended that Americans cut their salt intake by 85 percent.

Doctors continued to take these warnings seriously, probably because the follow-up studies were either small or underreported. But then, in mid-2011, the American Journal of Hypertension published a meta-analysis of seven studies involving 6,250 subjects.

That same year, the Journal of the American Medical Association published a study submitted by some European scientists that would have made popcorn eaters everywhere rejoice, had it only been noticed.

They reported that the less sodium their test subjects pissed out, the greater their chances of dying. (Most of the salt we eat gets excreted through urine, so measuring the amount in pee gives us a good idea of how much salt was previously ingested.)

Then there was the 2006 study in the American Journal of Medicine that looked at the daily salt intake of 78 million Americans. It found that the salt intake correlated negatively with death rate. In other words, the more salt people ate, the less likely they were to die from heart disease.

Ho-hum. According to science writer Melinda Wenner Moyer, writing in Scientific American, "That's like going from 120/80 to 119/79."

Before I give the impression that the more salt you eat the better, I need to add that a certain segment of the population really is salt-sensitive, and that excess sodium can raise their blood pressure.

The vast majority of people are safe, though, since the connection between salt intake and high blood pressure is, for them, largely a time-honored myth.

However, the recommended max intake is about 2300 mg., but a lot of Americans sprinkle on twice that amount. It may not pose a problem, but long-term usage of really large amounts has been associated with a rise in cases of kidney damage and possibly even the risk of cognitive decline.

My advice for all but the salt-sensitive, hypertension-prone people is to use the saltshaker as much as you want (within reason), but avoid canned foods, fast foods, and processed foods in general because they often contain enough salt to turn your swimming pool into a miniature Great Salt Lake. 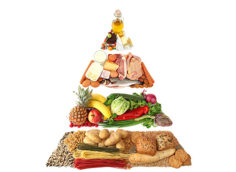