It's rare that PhD-types look at a bunch of studies and come out with some specific recommendations.

They could demonstrate how a bunch of cats – when held upside-down from a height of two feet and then dropped – landed on their feet a thousand times in a row, but they still wouldn't jump to any conclusions about how the 1001st attempt might turn out.

Hell, you could waterboard the PhD's to force a bit of kitty conjecture out of them and the best you could expect is for them to glug out a couple of terms like "sample size!" or "lack of controls!"

That's why this recent paper written by some-time T Nation contributor Dr. Brad Schoenfeld and colleagues seems a bit unusual. They conducted a review of the effects of caffeine supplementation on powerlifters and actually offered some useful, concrete recommendations on dosing, timing, and other factors that could benefit not only powerlifters, but also regular lifters and athletes of all kind.

Caffeine is the popular drug of choice of competitive athletes – not because it's the best ergogenic drug by any measures, but at least partly because it was dropped from the World Anti-Doping Agency's list of within-competition banned substances.

Powerlifters especially love it, though. As proof of their love, caffeine levels in urine samples of powerlifters and weightlifters in general have been found to be significantly higher than those of athletes from other sports.

It's no wonder since the drug can improve maximum strength by 3-4%, which, in the powerlifting world, might mean the difference between winning your weight class and being the guy who's chosen to scrub out any suspicious stains from the other competitors' singlets.

Caffeine's status and effectiveness obviously piqued the interest of Schoenfeld and his scientist friends as they scoured through nearly every study on the subject and filtered out some amazingly specific and useful advice. 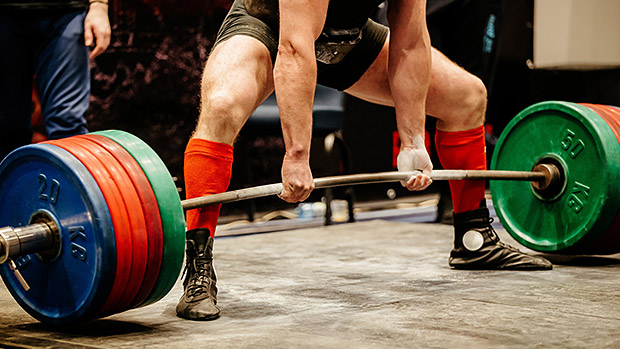 Here are some of the highlights from their paper:

While Schoenfeld and the other scientists had powerlifters in mind when they compiled this info, anyone who isn't restricted by the typical PhD's unwritten code of silence would probably deduce that the findings probably hold true to lifters of all kinds.

Training legs today and hoping to set a new PR in weight or reps? Pop a few pieces of caffeinated gum 10 minutes before your workout. The Military Energy Gum (MEG) sold on Amazon contains 100 mg. per Chicletty-looking piece.

That means that a 200-pound lifter would need to pop two pieces before a workout to hit the low end of the scientists' recommended dosage (2 mg./kilogram). Plasma levels of caffeine would peak quickly (with the gum) but would start to wane within an hour or so. 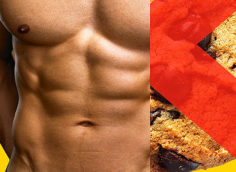