You could give a carton of malted milk balls to somebody with bad knees and just tell them that it'll make them feel better and it'll do more to relieve them of their pain than taking glucosamine and chondritin.

That's because multiple studies show that the much-vaunted and much used joint pain/joint reconditioning supplements either fare worse than placebo in treating joint pain, or maybe/kinda might help just a teeny-tiny bit with joint pain, but they're not really sure.

Not really a full-throated endorsement, is it?

Fortunately, there's likely a couple of things in your kitchen right now that, when combined, can double the amount of a collagen propeptide (indicating increased collagen synthesis) in your blood in less than an hour – at least that's what a recent study out of New Zealand shows.

All you've got to do is combine a small amount of gelatin (the processed form of collagen) from that moldering box of lime Jell-O in the back of your cupboard with a few tablets from that bottle of vitamin C you bought that time you had a cold.

Scientists recruited 8 healthy males and ran them through the usual randomized, double-blinded, crossover design protocols that are emblematic of a decent study. Subjects consumed either 5 or 15 grams of a vitamin-C enriched gelatin or placebo control.

One hour after drinking the stuff, the subjects performed 6 minutes of rope skipping to stimulate collagen synthesis. Blood samples were drawn before ingesting the drinks and multiple times after to determine amino acid levels in the blood.

The protocol was repeated 3 times a day at approximately 6-hour intervals for 3 days. 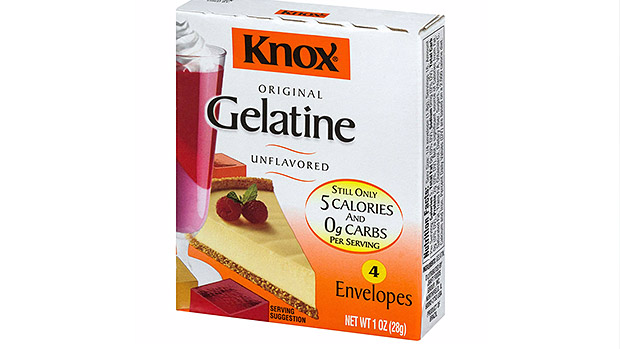 Ditch the glucosamine and chondritin and start using gelatin and vitamin C instead.

The effects seen in the study were clearly dose-dependent, with the 15-gram drinks synthesizing more collagen than the 5-gram drinks. Just take at least 50 mg. of vitamin C with 15 grams of gelatin powder, which you can easily mix into water or any other liquid, about an hour before you work out.

(There aren't many 50mg. tabs of vitamin C on the market and rather than divvy up a 500mg. pill with an X-Acto knife or a hammer, just swallow the whole tablet. Using more than what's recommended shouldn't be a problem in this case.)

Hell, you can even make Jell-O shots (using plain, unflavored gelatin or the actual stuff that was endorsed by the Fat Albert, he-whose-name-shall-not-be-mentioned guy). Just mix about 120 grams of gelatin with 2 cups of water and about 600 mg. of vitamin C powder, boil, and divide into 8 shots using an ice-cube tray. Refrigerate and serve. 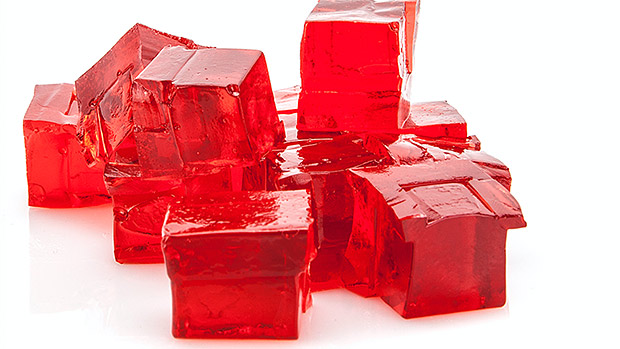 Alternately, you could probably get away with just taking three to five 500-mg. glycine capsules with a vitamin C tab an hour before you work out. (Glycine is the predominant amino acid in collagen and the one thought to be the most influential in collagen synthesis.)

It's probably a good idea to also take the vitamin C/gelatin combo on non-workout days, too, as increased collagen intake may also have the following benefits to general health:

Related:  Fix Tendons and Joints With This Protein