There’s another pandemic going on, one that oddly receives very little press. It’s especially weird when you consider that there are probably at least 1 billion people around the world in its throes and there’s nothing to suggest that the number of victims is slowing.

It affects young and old, black, white, yellow, or brown, and, especially, athletes. Oddly enough, addressing this other, little-known pandemic could go a long way in helping mitigate the other pandemic, the viral one.

The pandemic I’m talking about is vitamin D deficiency, and before you dismiss its severity and say, “Oh, is that all?” let me at least make my 30-second elevator pitch.

If this pitch makes at least a dent in your skepticism, do yourself a favor and read the rest of the article, especially since there’s been a lot of new vitamin D research in recent months.

For instance, without proper or optimal vitamin D levels, T cells don’t even put their pants on to do battle against infectious diseases (including cancer or pathogens like the coronavirus and flu). They flat out don’t activate. Some virus or bacterium could float in and they’ll say, “Wake me when it’s over.”

The trouble is it’s very hard to maintain adequate levels of the vitamin without supplementation.

Symptoms of deficiencies or insufficiencies, aside from an anemic immune system, include musculoskeletal pains that are often diagnosed as fibromyalgia or chronic fatigue syndrome, osteoporosis, bones that break too easily, weak or small muscles, low sex drive, low testosterone levels, hypertension, increased blood pressure, endothelial dysfunction, sudden cardiac death syndrome in athletes, and a long list of other undesirable stuff.

And it’s not just regular Doritos-eating couch potatoes that are being affected. Thirty-two percent of pro basketball players were found to be deficient while 47% had vitamin D insufficiency.

Of NFL players, 26% were found lacking while 47% had insufficiency. Deficiencies have also been found en masse in swimmers, volleyball players, taekwondo fighters, jockeys, runners, and yes, even weightlifters.

Add to that a meta-study that threw 23 papers on vitamin D into a mixing bowl and found that of the 2313 college athletes included in their analyses, 56% had insufficient levels. Only 5% met the relatively anemic RDA.

So, if you were intrigued at all by my elevator pitch, let’s flesh out the plot a bit more. 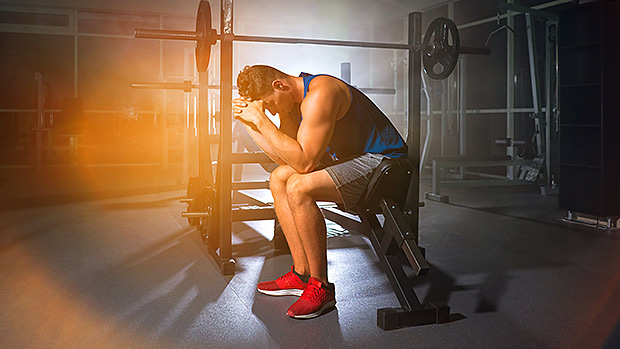 What Specifically Does Vitamin D Do For Athletes?

As sometimes stated on this website, vitamin D is actually a pro-hormone and not a vitamin at all. When ingested, it has to be converted by the body into its active form, the hormone 1,25 dihydroxycholecalciferol.

A few of those functions deserve a little more examination, though:

When athletes have adequate levels of vitamin D, they exhibit better sports performance. They build strength easier and they have fewer injuries.

The vitamin actually regulates skeletal muscle by activating the expression of genes that modulate muscle growth and differentiation, particularly that of Type II muscle fibers. When there’s a deficiency or insufficiency of vitamin D, Type II fibers are scrawny little things. Put them on supplementation and they get bigger.

Vitamin D also, through a “non-transcriptional signaling pathway,” strengthens the interaction between myosin and actin (two muscle cell proteins) so that muscle contractions are stronger.

More generally, though, having optimal levels of vitamin D increases muscle protein synthesis, jump height, the production of ATP, and the overall capacity to perform both aerobic and anaerobic exercise.

Without proper levels, arteries get stiff and atherosclerosis is a definite possibility. Your circulatory system starts to have the pliability of a cheap garden hose that’s been exposed to the sun for too long.

The vitamin has direct effects on serotonin and dopamine levels, which are vital to muscular coordination and the avoidance of fatigue. In severe cases, lack of vitamin D could even adversely affect balance.

Having sex obviously isn’t solely the purview of athletes, but having high(er) levels of the vitamin can increase circulating levels of estradiol, testosterone, FSH, LH, and DHEA in women in general, which, logically, can lead to them being more orgasmic, as long as all other conditions, like having some good “doin’ it” music playing softly in the background, are optimal.

Why Are People Deficient?

I don’t want to get into too much chemistry of vitamin D and how it’s formed, but suffice it to say, we get vitamin D from certain foods we eat and sunlight. The trouble is, very few foods, aside from fortified dairy products, eggs, mushrooms, and the livers of fatty fish, contain it.

As far as sunlight, every skin cell in the body contains the machinery to convert sunlight to a vitamin D precursor, which then undergoes two hydroxylations before it becomes metabolically active.

Unfortunately but understandably, pretty much everyone is scared to death of skin cancer, so most people try to avoid any kind of exposure to the sun. If they do expose their skin to the sun, it’s often covered by a sunscreen with an SPF of about a billion.

Then there’s pollution, which further limits the amount of UVB radiation reaching the earth’s surface. You also need to consider the angle of the sun. In wintertime, vitamin-D producing UVB rays don’t reach latitudes above 35 to 37 degrees (which is to say just about anywhere north of San Francisco, New Mexico, Arkansas, and North Carolina).

Lastly, there’s nature’s cruel sunlight/vitamin D paradox. Let’s say you choose to say to hell with skin cancer and forgo sunscreen. Okay, but any melanin you develop to give you a tan actually hinders UVB absorption, so much so that dark-skinned athletes need to expose their skin to UVB light up to 10 times longer than light-skinned athletes to get some adequate vitamin D production going.

This physiological fact should make any reasonable person want to lure Mother Nature over to look at the lovely petunia you just picked and then sucker punch her as she bends down to look at it. 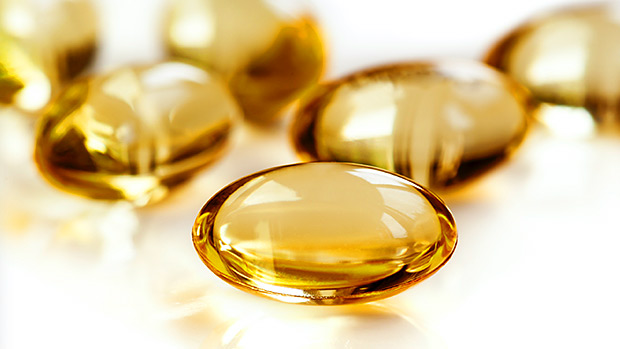 Okay, What Do I Need to Do?

One of the oldest and most upchuck-inducing nutritional tropes is that “you just need to eat a balanced diet.” Okay Boomer, go back to watching old CSI reruns on the Magnavox.

It just isn’t that easy, particularly when it comes to vitamin D. The least risky approach is to supplement and, if possible – weather, climate, and latitude permitting – is to regularly expose your largely naked body to sunlight.

But there’s no definitive way to tell if you’re deficient or insufficient in vitamin D without getting a blood test, and even if you did get a blood test, there’s a broad range of medical opinions as to what’s “normal.”

The Institute of Medicine (IOM) believes that blood levels of 20 ng/mL would meet the needs of 97.5% of the North American population, regardless of stage of life, but that gives a big vitamin FU to the approximately 14.5 million people who constitute the other 2.5%.

Anyhow, to meet that 20 ng/mL level, the Recommended Dietary Allowance (RDA) is 600 IU of vitamin D for children and adults under 70 and 800 IU for those over 70.

The Endocrine Society, however, didn’t much like those numbers. They prefer that people – at least those people that don’t get adequate sunlight – take between 1500 and 2200 IU a day, but even that’s based on guesswork and is still maybe a little too conservative.

Most biohackers and renegade nutritionist types, me included, think you should definitely supplement vitamin D daily, even without any overt symptoms or the benefit of a diagnostic blood test. That being said, most of us think vitamin D levels should be maintained at 50 to 70 ng/ml, but how you do that and what amounts of supplementation/sunlight it takes to get there is highly individual.

My own general guideline is to take between 4,000 and 5,000 units of vitamin D3 a day. Some caution is warranted, however, since vitamin D is fat-soluble and sticks around in the body a lot longer than water-soluble vitamins.

Possible negative side effects of vitamin D “intoxication” include anorexia, frequent urination, nausea, thirst, vomiting, and possibly altered mental status and kidney failure, but you’d have to take a whole lot of vitamin D to have that happen, or too much of a vitamin D supplement with poor manufacturing standards.

Unfortunately, these guidelines are only good during the North American summer, or latitudes below 37 degrees during the rest of the year. 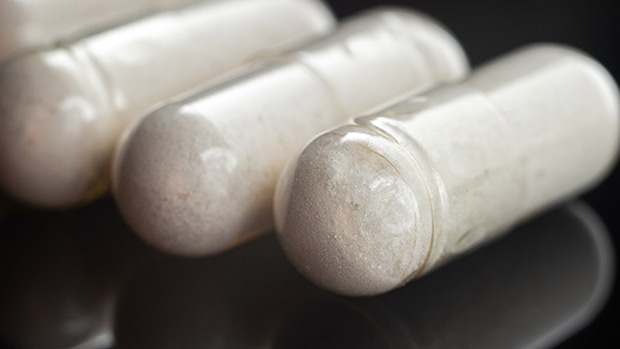 Anything Else I Need to Know About Vitamin D?

Now that I stand a reasonable chance of having convinced you to take vitamin D, I have to warn you that vitamin D, regardless of how much you take, won’t do the things you need to without having adequate amounts of magnesium, too.

I know, laying this on you now isn’t much different from haggling over the price of a new car for a few hours, finally agreeing on the price, and then having the salesman surprise you with destination fees, state and local charges, and the cost of the undercarriage coating you thought was free. Sorry. It’s necessary.

Vitamin D just can’t be metabolized without sufficient magnesium. Without it, vitamin D would just hang around like some bum in front of a 7-Eleven, possibly leading to higher levels of calcium and phosphate, which could lead to a host of physiological and metabolic consequences.

Coincidentally or maybe not so coincidentally, most Americans, particularly athletes, are deficient in magnesium too, so it could be that the magnesium deficiency is the culprit, or at least one of the culprits, in what we perceive to be vitamin D deficiencies.

I suggest doing it right and taking at least between 400 and 500 mg. of magnesium a day. Vitamin D, and your body, will thank you for it.