Buckwheat is one healthy carb source and a true superfood. In spite of the name, it isn't wheat. It's a fruit seed. So it's gluten-free and has a low glycemic index if that's something that still worries you.

Along with phytonutrients and other good stuff, buckwheat contains chiro-inositol which helps with glucose metabolism and cell signaling. It also appears to be better than oatmeal or wheat cereals when it comes to heart health and reducing "bad" cholesterol, plus it has anti-inflammatory properties. Since buckwheat grows very quickly, very little (if any) pesticides have to be used. Bonus: While you don't really eat buckwheat for protein, the protein it does have contains all eight essential amino acids.

Geeky stuff aside, buckwheat tastes great as a hot cereal and it's extremely filling, scoring very high in satiation studies. A little goes a long way, making it a great food when you're keeping your diet in check.

The easiest way to make a steaming bowl is to buy dry cream of buckwheat (sometimes sold as "creamy buckwheat"), found in health food stores. Just add water and it microwaves perfectly in 3-4 minutes. Try these fast recipes: 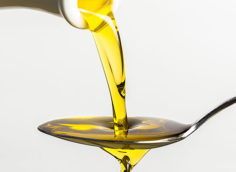 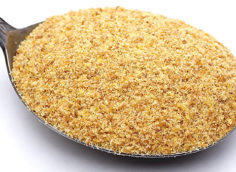