A New Use for Hydrolyzed Collagen

Hydrolyzed collagen is collagen that’s been made from animal bone and cartilage. What they do is collect the leftover bones from slaughterhouses and abuse the heck out of them. They crush them, grind them, de-fat them, soak them in acid to remove the calcium, soak them again to break the collagen bonds, dehydrate them, and probably make fun of their religion, to boot.

What’s left is a powder that’s used to make Jell-O or gelatin in general, food thickeners, candy bars, and even protein bars (to make them moister, chewier, and in some unfortunate cases, a little horse-ier, at least taste wise).

Hydrolyzed collagen has also risen in status as a nutritional supplement, being credited for things like facilitating weight loss (by improving blood sugar), growing lustrous Troy Polamulo-like hair, healing the digestive tract, improving sleep quality, and sparing protein (while it doesn’t contain all the amino acids, it contributes enough of them so that your system doesn’t have to borrow from complete proteins.)

It’s also been found to shore up joint health – working far better than the combo of glucosamine and chondroitin – and even speed up the healing of tendon injuries, as a recent Australian study found (1).

The Aussies recruited a group of 18 runners with injured Achilles tendons and divided them into two groups. Both groups did a series of eccentric exercises for their injured tendons twice a day for 6 months. For the first 3 months, one group also received a 2.5-gram dose of hydrolyzed collagen while the other group got a placebo.

After three months, the groups switched protocols. The collagen group started getting placebo and the placebo group started taking collagen.

When they switched protocols, a surprising number of runners from the original placebo group started hoofing it too. 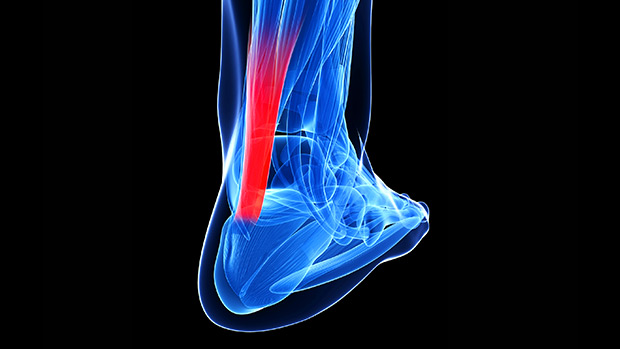 If you’re suffering from a tendon injury, or really any kind of connective tissue injury at all, in any joint, it might be a good idea to start taking a collagen supplement. One study suggests that as little as 40 mg. a day works wonders in treating knee injuries (2).

Alternately, you could just take additional amounts of the amino acid glycine, which dramatically increases the amount of collagen your body makes. We typically ingest about 2 to 3 grams of glycine from food and our bodies usually make another 3 grams on their own, but some studies suggest we could benefit from a lot more, up to 10 additional grams a day.

Weight lifters normally have a leg up on glycine intake over the average human because they’re normally taking in a lot of protein, thereby inadvertently fortifying their glycine and, ipso facto, their collagen stockpile. Of course, this is also the group that thinks of their bodies as a type of forklift and subjects it to all kinds of stressors and needs all the glycine it can scrounge up.

One group that might also be in serious need of some more glycine (and collagen in general) is vegetarians. If you look at the 100 foods that are highest in the amino acid, you’ll see that only one of them is from a non-animal source, and that’s seaweed, clocking in at number 50 on the list.

Seaweed contains about 2,454 milligrams per 200-calorie serving. Okay, but you know those sheets of seaweed they use to make sushi rolls? Well, you’d need to eat 40 of the 5-calorie sheets to get the amount of glycine in one chicken breast, which seems like a formidable task for anyone who isn’t a green sea turtle.

Taking supplemental glycine in the form or powders or capsules seems like a good idea for anyone who doesn’t have four legs, jowls, and gets to chew on a bloody femur bone every night (although, for vegetarians, supplemental glycine might pose a problem, too, since it’s quite likely most glycine supplements are derived from animal tissue).

For the rest of us two-legged types who are suffering from joint problems, or who are just interested in general health and even longevity (as I wrote about in You Need More of This Amino Acid) taking an additional 3, 4, or 5 grams a day of either collagen or glycine powder seems like a smart idea.