I'd have thought that Bulletproof Coffee would be extinct by now, along with juice cleanses, fruit and vegetable smoothies, 800-calorie acai bowls, and pterodactyls.

All are things that probably do far more harm than good, like making us fatter or less healthy, or ripping our terrified toy poodles or Yorkshire terriers away from our arms and feeding them to pterodactyl fledglings.

In case you're unfamiliar with how to make it, here's the recipe:

Blend all ingredients until it makes a seductive, beckoning, artery-clogging melange.

Devotees drink it because it allegedly burns fat, kills hunger, eliminates jitters, and keep their brains working at high capacity, which is a kind of paradox, because if their brains really were working better, they'd deduce that their drink was stupid.

Here are four reasons why you should dump this stuff in an old crankcase instead of your stomach:

Bulletproof (BP) coffee isn't a "fat-burning" drink. It's actually a fat building or fat gaining drink. Consider that your average cup of ordinary Joe, with a couple of tablespoons of cream, has about 3 grams or so of fat and about 40 calories. Contrast that with a cup of BP, which has about 52 grams of fat and about 470 calories.

Drink two of these, as many BP coffee fans do, and you've downed almost the caloric equivalent of a Double Whopper with cheese, which, sadly, is more nutritive than your BP coffee. Hell, you could have eaten 20 fried or scrambled eggs for breakfast and taken in less fat.

2 – Bulletproof Coffee Will Muck Up Your Blood Lipids

A cup (or two) of BP coffee supplies more than the generally recommended amount of saturated fat, and while sat-fat isn't the blood lipid assassin it was once thought to be, moderation is still important.

The saturated fat comes from the big, shovel-sized dollop of butter and, most often, through an equally large scoop of coconut oil, which is a rich source of the medium-chain triglycerides (MCT) BP coffee drinkers foolishly covet.

That much butter and saturated fat in general, will, in most people, increase the risk of heart disease by dramatically elevating LDL levels and apolipoprotein B levels, the latter of which is particularly worrisome. All that saturated fat will also likely raise fasting blood glucose levels and triglyceride levels. Not good.

Users often justify those problems by insisting that MCT oils help people get leaner and improve body comp. Sure, a couple of studies have shown that MCT oil has a modest calorie-burning effect, but you could probably approximate the same benefit by having only two Tic Tacs instead of three.

3 – Bulletproof Coffee Will Make You Unheathier in General

By drinking BP coffee in lieu of a conventional breakfast, you'd have to be all the more conscientious the rest of the day to compensate for the relative void of nutrients at breakfast.

4 – Bulletproof Coffee Will Give You Sonic Boom Diarrhea

The body wasn't made to ingest a great deal of fat in one sitting. Alaskan sled dogs competing in the Iditarod can pull it off, but not you. Most, or at least many, people who begin using BP coffee experience picture-frame rattling diarrhea. Of course, the body often gets used to all kinds of abuses, and this one is no different.

However, if you for certain want to make your coffee more nutritious and ameliorate the jitters, there's a better way to do it. Just put about a teaspoon of undutched cocoa powder into your coffee. It'll curb the jitters, just like BP coffee claims, but it has the added benefit of scientific research to back it up. (More info here: Supercharge Your Coffee.)

Adding cocoa also turns your coffee into rich soup of polyphenols that lower blood pressure and improve endothelial function, along with a long list of other probable health benefits. 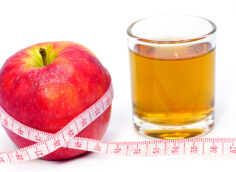