The primary mistake I see is what I call the "bacon phenomenon." Some people go on a keto diet and see it as an all-you-can-eat bacon, cheese, cream, and butter fest. In theory that's fine because it upholds the keto ratios. But the kinds of fat present in these foods aren't exactly "health promoting" when overemphasized.

For example, I recently did a keto experiment and foolishly started with a high amount of the foods mentioned above. Within three days my blood pressure shot up from 115/80 to 155/110! Not exactly healthy.

But once I changed my food intake and types of fat (fish oil, olive oil, salmon, avocado, etc.) my blood pressure went down and actually reached a lower level than when I started at 111/77.

Another common error, especially among lifters, is eating too much protein while trying to do a "keto" diet. In this case, it's a mistake. See, protein can be turned into glucose by the liver (gluconeogenesis). If you ingest too much, you'll simply use that protein for fuel by turning it into glucose, and keto adaptation will be a lot harder.

Second Lesson: To actually be on a keto diet, you have to use the correct nutrient ratio. Protein can't be higher than 25-30% of your caloric intake.

Keto dieting seems to blunt hunger once you're adapted, so while you have the illusion of "eating as much as you want and not getting fat" in reality you're simply satiated with less food, thus ingesting fewer calories.

And while there might be a slight metabolic advantage to keto dieting, allowing you to eat a bit more calories without gaining fat, it's not significant enough to say that calories don't matter and that you can eat all you want. Consume a significant caloric surplus on a keto diet and you'll gain fat.

Third Lesson: You still need to match caloric intake to your goals.

4 – Keto Cycling is Not Real Keto

The final mistake is using a cyclical "ketogenic" approach in which you eat with a keto ratio for 5-6 days a week, then have a pretty large carb intake on the other day(s) to replenish muscle glycogen.

Good examples of this approach include Dan Duchaine's Body Opus and Mauro DiPasquale's Anabolic Diet. I'm not saying these approaches don't work. They can. But they're not truly ketogenic diets. Being in ketosis is very hard to maintain on this approach.

A large carb-up or cheat meal could decrease ketone production for 2-3 days (3-4 if you count the high-carb day itself) so you essentially spend each week trying to re-establish keto adaptation the first three days after the carb-up because on these three days you heavily rely on stored glycogen for fuel.

Then you'll have the three days where you use more ketones for fuel and you carb-up on the last day. The issue? Even though it works just as well for fat loss, you feel like crap and will have huge carb cravings most of the time.

Fourth lesson: A true keto diet means changing your way of eating all the time, not just a few days a week.

Now, there are pros and cons to keto dieting. Is it right for you? Read this: Should You Go Keto? 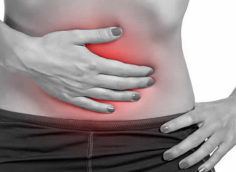 These foods can wreak havoc on your gut and interfere with your goals, even if you're counting the macros and calories.
Dietary Myth Busting, Feeding the Ideal Body, Nutrition & Supplements
David LaPlaca, PhD March 7

Food displacement is an issue that must be avoided if optimal body composition and health are your goals. Here’s what you need to know.
Diet Strategy, Dietary Myth Busting, Feeding the Ideal Body, Nutrition & Supplements
John Berardi, PhD December 26